Despite my haphazard organizational skills, the first annual (its good to have ambitions !) homecoming McCookout went really well. The weather cooperated, and by noon-ish Joe had the grill going and loaded up with goodies. I would love to claim that the dinosaur cake was the star of the event, but the great pie bake-off between Amber and Jon took center stage. 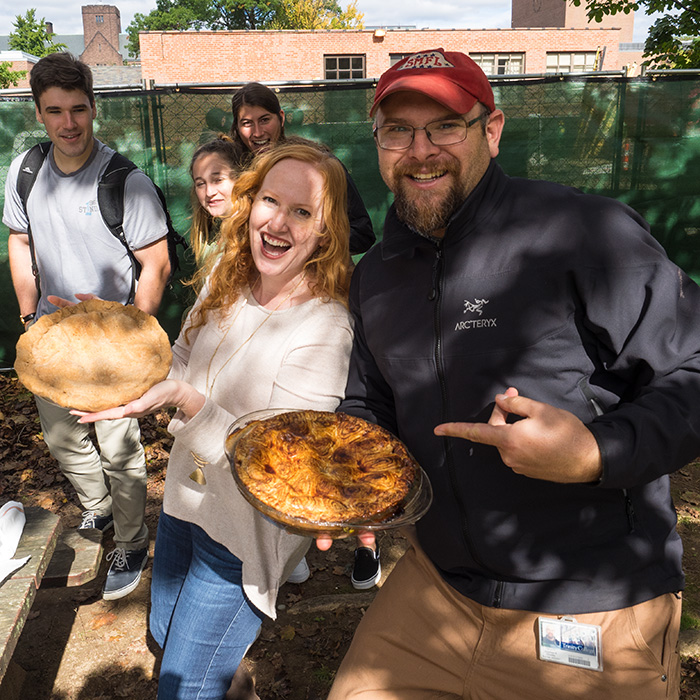 The epic battle of the pies!

Amber’s was all whole-wheaty and supposedly healthy (but we all know there is no healthy pie crust worth the try …), while Jon went crazy with his mysterious “cinnamon pen” decorating the top with fancy swirly designs. About two dozen testers declared the pies worthy, but with room for improvement (we hope for more of them in the near future !!). Alumni were a bit slow in showing up. Only Adam remembered that “the early student gets the cake” and was there half an hour early. Good man! 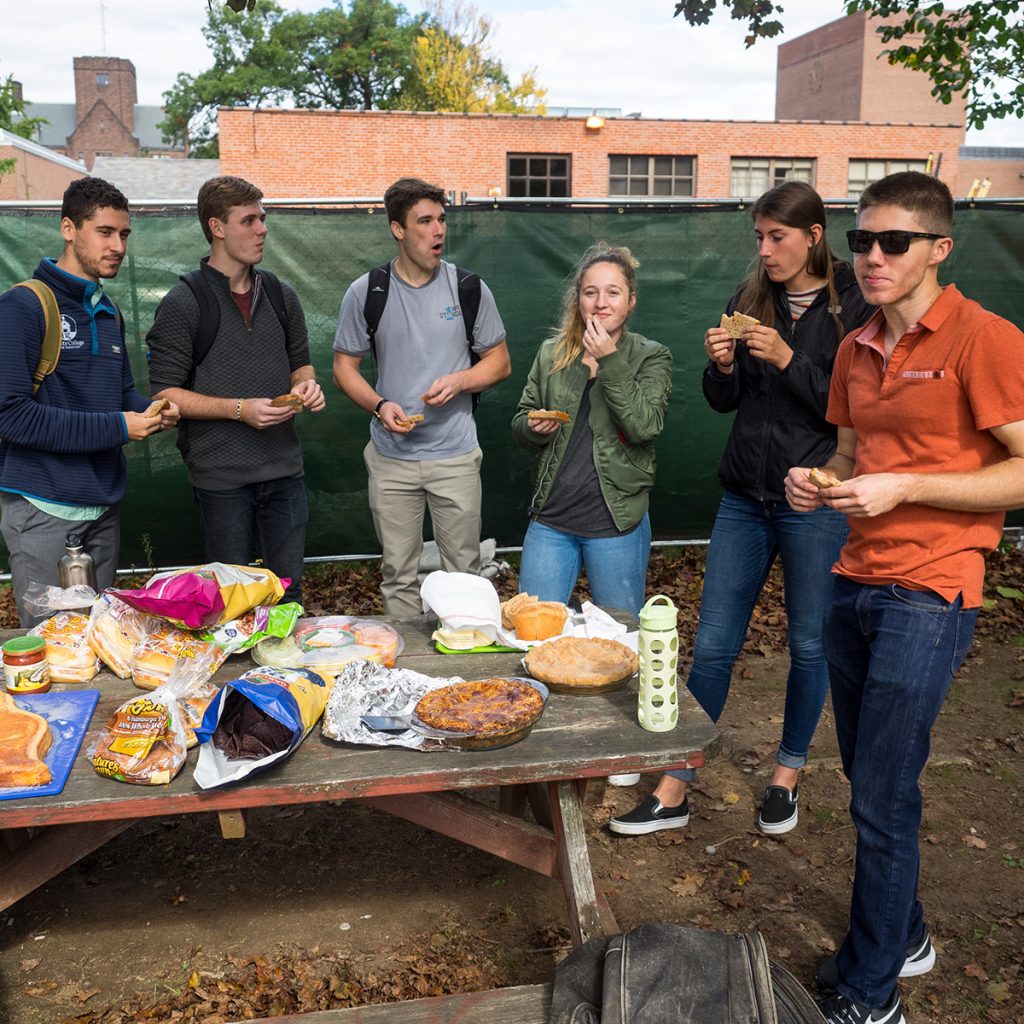 The early crowd at McCookout. Once the party got going I was having too much fun to take pictures, but you can believe me – it was huge! Bigger than the last presidential inauguration. :-)

In the end we had maybe two, three dozen students and alumni attending. Our guest star was Joan Morrison, who came all the way from New Mexico. I’d say Lauren came in second,all the way from Portland, Maine. Stephani and Adam tied for closest commute: both made it all the way through town.

Unbeknownst to us we even had a satellite event! Hi Kelsey and Kate! Thanks for saying Hi. From the background it looks you two went all veggie. Oh, succulents – i get it. 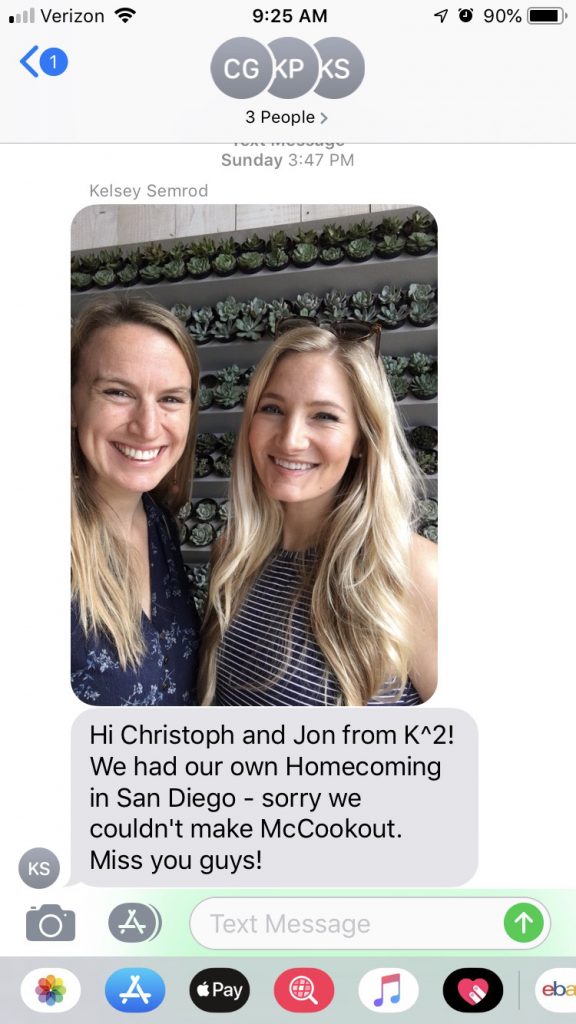 Kelsey and Kate celebrating with us in San Diego! OK, Joan, you just got booted to number two.

We had so much fun that we decided to do it again next year. Always god academics we promptly founded a Homecoming McCookout Organizing Committee (HMcCOC) to make next year’s event even bigger and better: Vania and Lucian happily agreed to help out, so stay tuned.

We’re all looking forward to seeing you next year.

P.S. The dinosaur cake was eaten first – take that you apple pies!