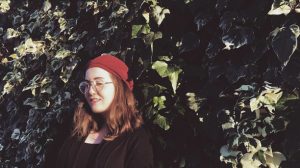 Kyra Lyons ’20 always seemed to have a passion for capturing the moment. Her involvement on campus at Cinestudio and with Trinity Film Festival only corroborate this.

This past fall, I was lucky enough to witness her capturing her own cinematic moments and basking in Italian cinema, red Beret and all.

I recently reached out to Kyra to discuss the upcoming annual Trinity Film Festival on May 4 at 5 p.m. (EST).

What movie(s) have you seen the most?

Hmm, that’s tough. The most? I would always watch movies like Funny Face, Spirit, and Back to the Future with my siblings in the backseat on a family road trip—definitely Lyons family classics.

What new movies are you most excited to watch?

This is also a tough question. I love going in blind, just waiting to see what’s out and then choosing randomly… But, I’m looking forward to Booksmart with Beanie Feldstein, that looks right up my alley.

What’s the best part about working at Cinestudio and being involved in Trinity Film Festival?

It’s amazing to say I play a part in preserving and celebrating the art of cinema. Whether it’s by volunteering at Cinestudio or putting together Trinity Film Festival programming, it’s amazing to meet individuals who are just as passionate about creating & celebrating film as you are.

Why are you passionate about film? 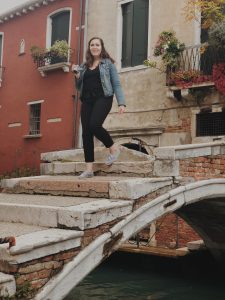 While absorbing a film, we are transported into another life and must work to empathize and understand the world created by the film. There is a unique appeal to film as an artistic medium, as the visuals allow us to see through another’s eyes. After a truly moving film, I often find myself looking at my surroundings with fresh eyes, as if the filmmaker has climbed into my brain to use my eyes as their camera. I evaluate my relationships in different ways; I interact with the world in more meaningful ways. I think Trinity’s film studies head, Prakash Younger, sums it up best when he says:

“By taking advantage of the access films provide to the experience of other times, places, cultures, and sensibilities we enhance our ability to connect with the world we live in today; unlikely as it may seem, a French film from the 1930s or a Bollywood film from the 1970s may turn out to be the ‘message in a bottle’ we have been waiting for, the magic lens that brings certain facts and possibilities of the present into sharp focus.”

I am passionate about film because it has proven to be a truly world-changing medium, enhancing viewers’ day-to-day sensibilities and encouraging empathy in the most subtle and touching ways. 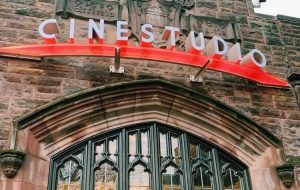 Cinestudio is a classic movie palace located in the heart of Trinity College’s campus. It’s a not-for-profit independent film theater with a magnificent single-screen venue, 485 seats, and a much-loved balcony. Built in 1935, Cinestudio stands to this day as one of the most highly regarded art house cinemas in the country. From documentaries to live ballets to Oscar-nominated films, Cinestudio’s stunning variety of showings has something for everyone (and the theater just debuted a gorgeous new sign!).

For those who don’t know, tell us more about Trinity Film Festival? 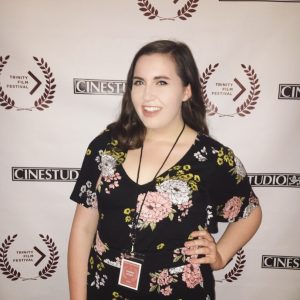 Founded in 2012, Trinity Film Festival (TFF) is a national platform for undergraduate filmmakers. TFF aims to provide a celebratory evening of cinematic dialogue that enables student filmmakers to premiere their short films on the big screen, engage other student filmmakers, meet industry professionals, and win cash prizes. It is an annual event hosted at Cinestudio, this year’s event will be held on May 4 at 5 p.m.

Guests dress to impress for the red carpet, enjoy celebrated undergraduate short films, and attend an Oscars-style awards ceremony following the screening. In past years, I have served as an Event Coordinator and Submissions Coordinator on the TFF student team, and I now serve as the Senior Content Director. It is always extremely fulfilling to help provide undergraduate filmmakers with a glamorous evening celebrating the art of cinema.

Have you shot any films yourself? 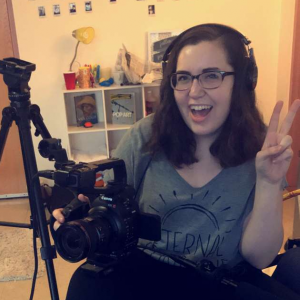 I have been very fortunate to learn all about the art of filmmaking and cinema during my time at Trinity as a film major. Through my studies, I have written and directed two of my own short films as well as aided on several of my classmates’ films. Using what I’ve learned at Trin, I have been able to produce films on my own time, from writing & directing a film in my hometown of Waukegan, IL to producing/shooting/editing a documentary of cinema activists while studying abroad in Rome, Italy.

How can students who are interested in film get involved with TFF? 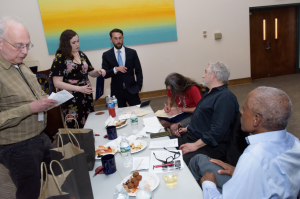 Trinity Film Festival is proudly run by an extremely hard-working student team and is of course made possible by the student filmmakers around the world who submit and showcase their films at the festival. Student involvement is key in making TFF what it is–to anyone who is curious about getting involved, I highly encourage them (and all their friends) to attend this year’s festival on May 4 at 5 p.m. at Cinestudio (and then be on the lookout for applications when next year’s student team is assembled!).

To learn more about TFF and how to get involved in the future, visit: www.trinfilmfestival.org