But wait!
Before we dive into the Q&A, what is the Trinity Film Festival, you ask? Kyra breaks it down:
TFF features the innovative work of talented, undergraduate filmmakers from Trin and around the world and showcases those films every spring at Cinestudio, the nationally-acclaimed 1930s-style movie palace on our Trinity College campus in Hartford, Connecticut. This year though, due to restrictions caused by the COVID-19 global pandemic, the ninth annual film festival will be held virtually starting 5/2, at trinfilmfestival.org/tff2020

And onto the Q&A:
KYRA: Why are you passionate about film?
SIMRAN: In a way, film found me. I was a part of the InterArts gateway seminar program as a first-year and took a film production course with Visiting Professor Ian Harnarine, both experiences were major turning points for me. Both classes not only taught me about film production on a technical level but having professors who were so passionate about their work and what drives them to create helped me find my own artistic voice; one that I was struggling to find when I was more focused on music. The power of collective emotions in a movie theatre is one of the best feelings, especially when you can use that to drive a change in the world, and film is one of the most powerful tools for that.

What inspired you to become involved with TFF?
I love short films, and to give underrated student filmmakers a platform to showcase their work sounded incredible because these are fellow students who are trying to create and enter the film industry. I want their voices heard! That said, I credit fellow student (and friend), Nirina Randrianarisoa ’21 for inspiring me. He’s been a huge part of my film journey starting from freshman year as my TA [teacher’s assistant], and the DOP [direc. of photography] for a film we made for our seminar. Since then, I’ve worked on multiple student productions with him, and he encouraged me to join TFF. 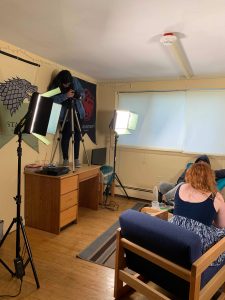 Watch or create film? And, don’t say both.
I feel like I’m betraying each half of myself by answering that, but I love to create. Even if it’s just experimental, I’m constantly looking at the world, the people in front of me, and what is happening in front of me as if they are events unfolding in a plot. Building a world, and developing characters is one part of it, but I love cinematography and lighting so everywhere I go, I find myself trying to frame a shot in my head and how I would want to film it.

How has your work with the festival shifted in the past month and a half as a result of the global pandemic?
In terms of being on the creative team, our biggest task was figuring out how to move forward without being in-person to collaborate and create content leading up to the festival. We’re definitely lucky that we had already had some in-person collaborations before we all left campus [in March], but it’s been a fun challenge to see how we can show our connections to each other and the festival when we’re all scattered around the world. [Simran, for example, is home in India at the moment].

The switch from in-person cinema experience to online viewing can change the audience’s experience. Keeping that in mind while pushing forward with the festival, changed the way we were channeling our creativity. In the era of streaming platforms, it’s an ironic way for us to keep up with the changing times. 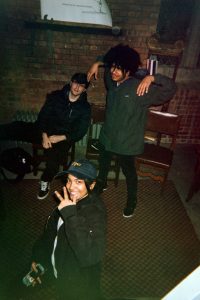 How can audience members access TFF this year?
What can people expect to be different?
Our website is trinfilmfestival.org/tff2020
Go there. The films will go live by noon (EDT) on Saturday, 5/2, [and audiences will have the opportunity to vote online for their favorite film through Tuesday, 5/5. Winning films will be judged by a TFF guest panel and cash prizes, sponsored by Xfinity, will be awarded.]

I don’t want to reveal the content of the films, but when you have young student filmmakers creating, you can bet they’re inspired by some of the best works of the 21st century—but with our generations humor, ideas, and views on experiences and life itself. We had to keep in mind how different it is to view films in a cinema vs alone, and some films might be less perceptible to solo audiences. That being said, the quality of work is fantastic and whether you’re watching alone, or with your family, these films are a must-watch (and it’s fresh content for your quarantine boredom, what more could you need?) 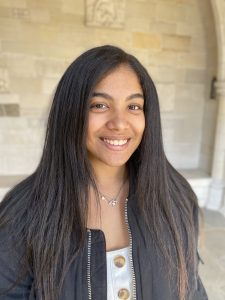 And lastly, we need to know: Favorite film?
And film you’d recommend to someone just getting into cinema?
I have so many favorites, but my current favorites would be a tie between Parasite and Get Out.

Apart from some of the classics (like films Vertigo and Citizen Kane), I would say Pulp Fiction and Moonlight are two films of very different genres that are worth watching for anyone getting into film in the 21st century.

And, one more time for those in the back of the theater who spilled their popcorn, find the films: trinfilmfestival.org/tff2020