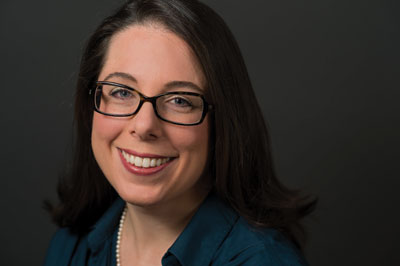 Abigail Fisher Williamson, Trinity College assistant professor of political science and public policy and law, is a co-investigator on a research study that was awarded a $699,960 grant from the Robert Wood Johnson Foundation.

The AmeRicans’ Conceptions of Health Equity Study (ARCHES) is examining how Americans of diverse socioeconomic, professional, and racial/ethnic backgrounds think about equity and deservingness in the health domain. Williamson and Colleen Walsh, an assistant professor of health sciences at Cleveland State University in Cleveland, Ohio, are co-investigators. Sarah Willen, an associate professor of anthropology at the University of Connecticut, is the principal investigator.

The grant will support a two-phase study that launched in October and will run until October 2019. The researchers are investigating how Americans think about the question of who deserves what in the health domain and why.

“Public health professionals often assert that ‘everyone deserves to live a healthy life,’ but we don’t know whether most Americans actually agree with that statement,” Williamson said. “Health care reform has been divisive in recent years, and unexamined attitudes about who is and is not seen as deserving could have something to do with that.”

In the first phase of the study, the research team is engaging residents of Ohio’s Greater Cleveland area using interviews and ethnographic methods. In the second phase, Williamson will lead the team in testing findings from Cleveland through a national survey.

The study also will draw on the expertise of researchers at Brown University, Case Western Reserve University School of Law, Cleveland State, Syracuse University, the University of South Florida, and the Sisters of Charity Foundation.