The documentary, “Backpack Full of Cash” captures the effect of an education reform in Philadelphia on the communities and their schools. At one point during the film, schools in Louisianna were being compared to schools in Philidelphia. During this point, the principal of a Christian school known as Hosanna Christian Academy was discussing the teachings and treatment of his students. He explained in the interview about how they permit their students to be paddled for discipline due to teachings in the Bible. Additionally, it was discussed how in Christian focused schools, their textbooks do not acknowledge evolution and teach their students that homo sapiens were around during the dinosaur age. The purpose of this comparison was to demonstrate how privately funded schools are free to do as they please and have no restrictions on what they teach their students. This is important because nationally it is greatly frowned upon to use physical forms of discipline on children and schools are doing children a disservice by teaching false information. The editors were successfully able to portray the religion-focused schools to seem insufficient and not worth the money. 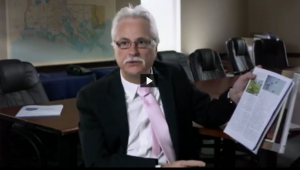 I believe that although this film provides a compelling story and argument, I feel as though it has left out certain things. I believe that it is missing the comparison of other schools in Pennsylvania itself since it only compares the schools in Pennsylvania to other troubled cities in America. The argument would be even stronger if there were other cities in Pennsylvania that were experiencing the same difficulties and setbacks as the schooling system in Philidelphia. The director could make a comparison if there are other cities that have effectively avoided the issues that Philidelphia faces or how other cities are experiencing the same issues.