Source detective questions are designed to enhance your information literacy skills on searching for the most appropriate sources to answer a question for an upcoming class. Many questions have more than one right answer, so emphasize how your arrived at your solution. Your response will be evaluated on the depth and clarity of your search strategy and answer to the question. 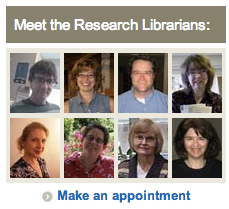 In the Educ 300 syllabus, look for your initials next to a source detective question, match it to the number below, and read it carefully. Take notes on your search strategy to write up for your post. Update: See the Search Strategies resource page for ideas. Some answers may be on the public web, or in a library database, or only available in print. Feel free to ask a Trinity Research Librarian to help you, or schedule an appointment with me.

Write a short essay (300 words or more) as a WordPress post on our site, including:

Your post should automatically appear in the Responses to Source Detective questions. In class, be prepared to give a brief summary to teach your classmates what you learned.

Are McGuffey Readers still used today? McGuffey’s Readers series is one of the most popular textbooks of the nineteenth-century common school era. (See an 1879 digitized edition on Google Books). Is this series of books still in print and used to educate children today? Be sure to describe your search strategy. Answered by: Rosio Baez and Ashley Ardinger, “Are McGuffey Readers still used to educate children today?” Educ 300: Education Reform, Past and Present, January 31, 2012, http://commons.trincoll.edu/edreform/2012/01/mcguffy-reader-source-detective-post/.