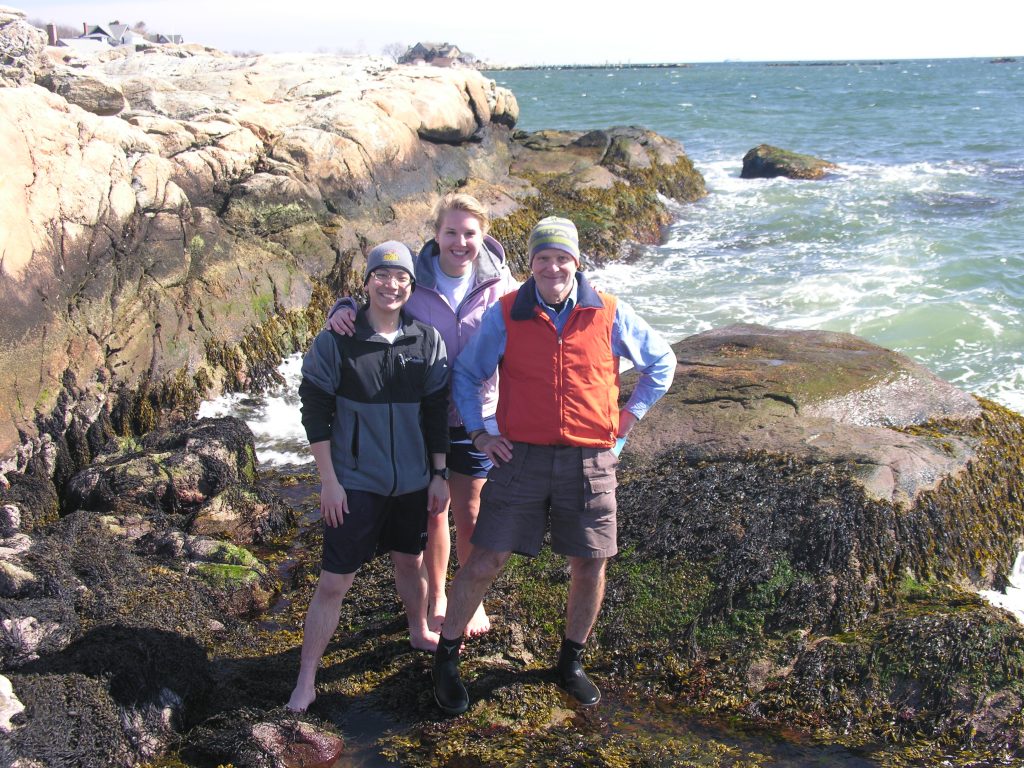 The Marine Flora of Bermuda

My lab focus at present involves molecular-assisted alpha-taxonomic (MAAT) and biodiversity studies of attached warm-temperate to tropical red, green and brown attached marine algae, particularly from the western Atlantic. Currently, we are investigating the flora from the intertidal to deep subtidal waters of the Bermuda islands and offshore seamounts, and the phytogeographic relationships with the southeastern US, Caribbean, Gulf of Mexico, South America and eastern Atlantic islands. We use techniques of morphological analysis along with multi-gene DNA sequencing to analyze the collected marine algae . Our studies are significantly clarifying our understanding of phylogenetic relationships and distributions of the marine flora. They also are helping to establish a new database to help assess effects of climate change on species composition in the islands.

My lab uses DNA sequencing or “barcoding” of nuclear, chloroplast and mitochondrial DNA of hundreds of freshly collected marine specimens, in comparison with information in online databases (GenBank, Barcode of Life Database [BOLD]) as a supplement to traditional morphological investigations with conventional tools and historic literature. We have been barcoding the species of Bermuda since 2010 in conjunction with Chris Lane’s (T’99) URI lab and Gary Saunder’s UNB lab.  For a summary of what we have done in Bermuda see the ‘Bermuda seaweeds” page. Many of the marine species reported for Bermuda in the 1800s were mistakenly identified as European species. Work in my lab has helped to show that a large proportion of these are distinct new species for the western Atlantic Ocean. We now know that several of the ~450 Bermuda species of red, green and brown algae are phenotypically variable, while others have been discovered to be cryptic species residing under the same taxonomic binomial.  Still others, novel species and genera, have been found to be quite distinct and not previously identified or described in the scientific literature. The information gathered in our lab is bringing the Bermuda flora into sharper focus, and is increasing our recognition of the extent of endemism in these distant islands.

Systematics and Ecology of Vaucheria species

A systematic/ecological investigation of an important mud stabilizing yellow-green alga, Vaucheria, involves collections and observations in various Connecticut freshwater wetlands, as well as the manipulation of cultures in the laboratory. Various species are collected from ponds, rivers, streams, marshes, and drainage ditches throughout the state, and cultured in the lab with the purpose of isolating clonal populations. Most of the species in this genus worldwide are broadly euryhaline, which means that, unlike most other living organisms, they can acclimate from freshwater to full-strength sea water or even greater salinity. Some of the research problems of interest to my lab, aside from basic taxonomy and distribution of local populations, include comparisons of reproductive behavior of Vaucheria under a variety of temperature and photoperiod conditions, chemical constituencies of the various species that reside sympatrically, and the effects of salinity, desiccation, extremes of temperature, hypoxia and anoxia, and environmental pollutants on the survival of the several species isolated from Connecticut habitats.