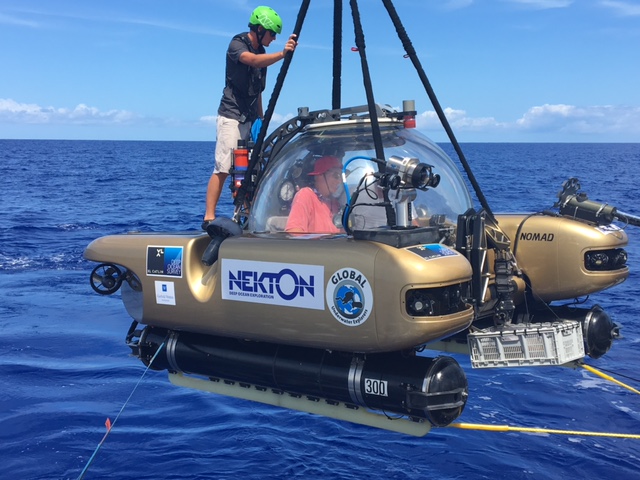 From 7-14 Aug. 2016 I was a scientist aboard the R/V Baseline Explorer (BEX) studying the macroalgae of the “Twilight Zone” off Bermuda, from the Bermuda platform including the Argus and Challenger Banks, seamounts that never reached the surface with summits at -50 to -70 m deep. We had technical divers (rebreathers) collecting and two submersibles collecting corals, sponges and macroalgae from 100-300 m depth. Pilot Kelvin Magee and I dove to 200 m (650′) in the Nomad, one of the two subs launched on the Argus Bank, where we collected a living rhodolith using a mechanical arm at 585′. The amount of visible light still available to the life at this depth was impressive.