Question: How did book reviewers assess Ravitch’s reversal? Next week’s book, The Death and Life of the Great American School System, became a best-seller in part because of the dramatic shift in thinking by its author, historian and policy advocate Diane Ravitch. How do you locate in-depth reviews of this book in both scholarly and popular media? Describe your search strategy, and quote some representative reviews, including both favorable and critical comments. 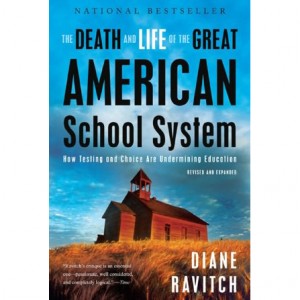 In The Death and Life of the Great American School System, Diane Ravitch, also known as one of America’s education experts, desperately claims that America’s educational system must be immediately reformed in order to protect and improve the quality of education. This book caused a major uproar within the Educational reform community, because of Ravitch’s change of heart. As a former assistant secretary of education, Ravitch worked closely with the Bush administration in order to implement the No Child Left Behind Act nationwide. Critics have flooded the Internet with extensive book reviews on The Death and Life of the Great American School System, favoring and objecting her views. It was fairly difficult to determine whether reviews on Ravitch’s works were considered scholarly reviews, or ones posted in popular media. Scholarly reviews are those written by scholars, whether they are published on blogs such as Word Press or whether they are published onto scholarly journals/databases.

Option One: Looking inside the book

This source detective work assignment asked me to locate in-depth reviews on Diane Ravitch’s The Death and Life of the Great American School System. The first thing I did was to look inside the actual book itself to locate some of the blurbs/excerpts regarding her book, since many authors tend to give a few lines. In this case, the book’s very first page read: Praise for The Death and Life of the Great American School System. I immediately realized that although I would be able to find entire book reviews through the lines provided, the chances of me reading a critical book review were slim to none, so my next action was to actually Google some of the lines provided by the author. This gave me a better insight to some of the book reviews, and whether the author had taken specific lines from a critical book review. Some of the praises that were selected to appear in her book that were published onto popular media websites such as NYTimes.com, were actually written by scholars- in this case Alan Wolfe, a political scientist, and sociologist/Professor at Boston College.

Other favorable book reviews on her book, such as that written for the Denver Post were written by guest writers, which are not considered scholars. The most important thing to keep in mind while searching for scholarly book reviews is to acknowledge the fact that there is a distinction between scholarly and popular media. The easiest way to determine what is scholarly and what is not, requires you to Google the author and make the connection based on the information given regarding who wrote the article.

My search to locate critical book reviews, led me once again to Google- only this time to locate the actual author’ website, where the author provides hyperlinks to her book reviews found throughout the Internet.

Make great use of the Trinity College Librarians, they truly do know how to give you the answer to all questions that are research related.

I was fortunate enough to be able to walk into the library and receive immediate help upon asking for it at the front desk. Usually the best way to go about meeting with a research librarian is to make an appointment through the Library Scheduler website.

I was able to meet with Outreach Library Kelly Dagan and explained to her that I needed assistance in locating scholarly databases such as WorldCat.org where I could find Scholarly reviews on The Death and Life of the Great American School System. Kelly asked me what the book was about and explained to me that it was fairly easy to find databases that were geared toward my specific area of study.

For the two databases, I realized that I would be able to refine my search to Reviews, specifically to Scholarly (Peer Reviewed) entries on both of the websites.

Both the JStor search, and the Education Full Text databases produced dozens of findings (scholarly reviews) on The Death and Life of the Great American School System. (Click on the links above to see for yourself!)

Findings
I found it easier to locate book reviews that favored Ravitch’s radical work, than to locate those critiquing it. Some of the more favorable comments included:

“The first thing to say about Diane Ravitch’s new book, The Death and Life of the Great American School System (Basic Books, 2010), is that it is the bravest book on education in years, perhaps ever. Why brave? Because it’s a book about being wrong, a book that rejects reforms Ravitch once espoused, and that, like most mea culpas, will probably lose her many old friends without gaining her nearly as many new ones.” – Richard Barbieri, Independent School

“Ravitch writes early in The Death and Life of the Great American School System, “When we are too certain of our opinions, we run the risk of ignoring any evidence that conflicts with our views.” Her ability to change her mind is what makes this book so valuable. In it, Ravitch explains clearly why she first believed in NCLB, why she changed her mind, and where she believes current school reform efforts are wrong. This is an important book. Ravitch has done us a great service. Policy makers ignore her at everyone’s peril.” – Dudley Barlow, Education Digest

Below are some of the comments I found critiquing Diane Ravitch’s works:

“While I applaud Ravitch- after all it takes a good deal of courage to do what she is doing- I am also tempted to ask a somewhat impolite question. Given the immense evidence against the positions she had originally so strenuously supported, what took her so long?” – Michael W. Apple, Educational Policy

“While Ravitch covers the landscape of issues thoroughly, she offers few solutions to the problems she has posed, some are not only worth considering, but have been shouted from the rooftops in the field of education, other hearken back to Ravitch’s conservative roots with frightening results.” –Scott Cody, InterActions: UCLA Journal of Education and Information Studies