As state Senator Joe Markley begins his opening remarks, eager parents and students brainstorm various questions to ask about both his life and his work. Senator Markley completed his first full term at the age of 27. He describes his youth at the capital being his biggest setback. As one of the younger senators, one of his constant struggles was voting against certain things. “I worried that I would be blamed for saying no; therefore, I constantly said yes”. Currently completing his second term, Markley feels that he is at an advantage compared to his fellow peers. Having experienced the election process at such a young age, Markley encourages younger youth to consider the life of a legislator as a career. Therefore, instead of having to constantly convince legislators to make moralistic decisions, have them come in with desired characteristics- “You don’t win by having a good argument, rather change the people that are up here”. Senator Markley concludes his opening remarks by taking a few questions and inviting people to enjoy the capital for the day.

As the day continues, the parents of TEACH, or The Education Association of Christian Homeschoolers, gathered much like they do every year at the Capitol building. The main organizer said in her speech that they have come to be known as the “cookie people” to the capitol staff. Each parent brought all of their students to demonstrate all that they’ve been learning, to pick up new teaching strategies, to connect with other homeschooling parents, and to thank the legislators that have been advocating for them.

Many of the parents who were present in the Capitol Building were members of one of the many Classical Conversations communities. Classical Conversations is a Christian homeschooling network that offers a plethora of resources to homeschooling parents and their homeschooled children. They hold meetings where students from different families and ages can come and learn together under one parent. Those meetings (frequent or infrequent) serve to create the community aspect many homeschooling parents feel that their students miss out on when they choose to educate them at home. Their students make new friends and thus new partners in learning. They also offer tutoring sessions for homeschooling parents so that all parents (both new and veteran teachers) have the opportunity to stay up to date on new strategies that have been proven effective.

As we transitioned into the next section, “Excellence in Education” presented by Classical Conversations, we were able to take a closer look into lessons of a “successful” parent-tutor in the Classical Conversations community. In the middle of the room, students begin to sing songs about everything from math to history. The youngest kid singing couldn’t have been more than six or seven years old but could recite a list of squared and cubed numbers as well as their twelve year old peers.There was a sense of pride in their ability to demonstrate their lessons without fear. It was equally present on the faces of the parents watching excitedly in their seats, and on the faces of the students participating. Parents who didn’t have children in the demonstration were equally as thrilled. Afterall, this was exactly what the yearly trips to the capitol had been designed to do. To reassure new and old parents that this was working and that it could work all the way until their children graduated as long as they had the right tools. 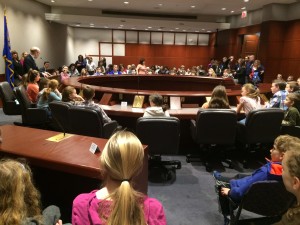 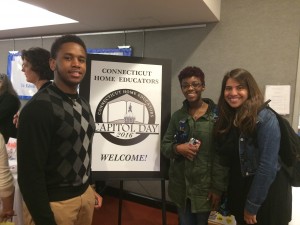 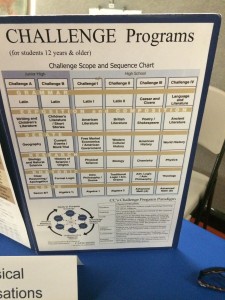