“When there’s a great public school, there aren’t enough spaces. So we do what’s fair. We place our children and their futures in the hands of luck,” (Guggenheim 4:00). Davis Guggenheim’s film, Waiting for Superman, highlights the web of issues entangling the American public education system, particularly through the experiences of those who have not had the necessary stroke of luck to land in charter schools. He follows these experiences through various lenses, including that of children, parents, and school administrators.

The film framed public schools as being largely stagnate, and even regressive, in the achievement of youth, rendering the existing state this system ineffective in closing the achievement gap. One particular point was, despite educational spending increasing from forty-three thousand dollars per pupil to over nine thousand dollars per pupil (adjusted for inflation), math and reading proficiency has “flatlined throughout that time span (Guggenheim 11:20), showing that simply having more funding thrown at them was not sufficient for these schools to fix their problems and improve the educational achievement of their students. This shapes an idea around these schools that there is little potential for progress in their current state, and they further illustrated potential for the achievement of the higher performing students to be hindered by the public school system. They highlighted this in the experience of a young elementary school student in Los Angeles named Daisy who aspired to be a Veterinarian. She was a high performing student, but was likely to go to a nearby middle school which was a “feeder” for one of the lowest performing high schools in the city. At this school, only fifty percent of students were likely to graduate and only three percent of students were likely to take the necessary courses to enroll in a four year college (Guggenheim 10:53). Dr. Robert Balfanz of Johns Hopkins University calls such schools, and all other with dropout rates above forty percent, “dropout factories,” which he found over 2,000 of across the country (Guggenheim 21:00). As the film continued to explain, many of these dropouts subsequently end up in the criminal justice system. In the state of Pennsylvania, they make up sixty-eight percent of the prison population (Guggenheim 24:50). 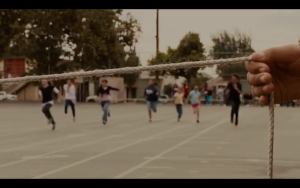 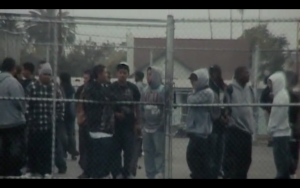 As a remedy to these issues surrounding public education, the film shows attempts such as massive firings of teachers and administration and closing of schools, particularly in Washington, D.C., as a means to remedy a flawed system and remove some of the individuals upholding it (Guggenheim 50:40). However, it portrays the rise programs such as Geoffrey Canada’s Harlem Success Academy, as well as Levin and Feinberg’s KIPP schools, as the breakthrough for progressive change in education. The film asserts that “the top charter schools are sending over ninety percent of their kids to four-year colleges,” (Guggenheim 1:17:10) and through their methods they are “shattering the achievement gap.” Yet, a student’s position in these schools which are proclaimed to be the answer, all comes down to a hopeful lucky draw of the lottery. This consequently leaves an unanswered question of whether or not this sort of schooling approach can truly be seen as a remedy if it inherently reduces the achievement opportunities of students to a mere number and leaves the hopes of the unlucky students and families in the same school system which they vehemently abhor. In practice, it appears that “superman” has arrived to ensure no child is left behind… except for the ones he leaves behind. 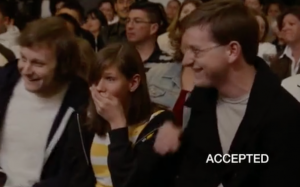 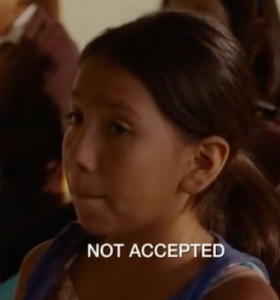