“No excuses” strategies have long been a method of teaching in many schools in America. The phrase “no excuses schools” refers to predominantly charter schools that concentrate on raising test scores of children of low-income and minority parents in a strict, orderly, and intentionally regimented setting. High academic standards are set for students because these schools promote a college-going culture. Not only is high academic achievement expected of students but also they have to attend school for longer hours and adhere to strict rules. Students who are lower performers have to take extra hours during the weekend because there is no excuse to lag behind. The concept behind this model reflects the idea that “every student, no matter what his or her background, is capable of high academic achievement and success in life” (Thernstrom). There are many schools in the US that are referred to as “no excuses schools,” therefore, the following questions could be addressed: why did “no excuses schools” appear? How and when did the phrase “no excuses schools” arise in the US? Has negative and/or positive connotations of the term changed over time?

“No excuses schools” developed in the United States in the 1990s due to the accountability movement, and A Nation at Risk report. After the Brown v. Board of Education (1954) decision that made segregation illegal in schools in the US, another issue was addressed: major gaps between the academic performance of white students and minority students existed. This led to the Elementary and Secondary School Act of 1965, which claimed that schools in disadvantaged neighborhoods would get the necessary resources to provide an adequate education to the students. In order to monitor whether these objectives were met, school district became accountable for meeting academic standards. Ever since this era, school accountability has increased and made the achievement gap more apparent, and reached its peak in 1983 when one of the most significant and influential documents was issued by the government: A Nation at Risk report.

A Nation at Risk: The Imperative for Educational Reform played a significant role in the development of “no excuses schools” (Goldstein 118). A Nation at Risk was a report, which was produced by President Ronald Reagan’s National Commission on Excellence in Education, marking a significant turning point in the American educational system because it confirmed that American public schools were failing. It stated that the average SAT scores dropped over 50 points in the oral section and 40 points in math between 1963-1980. Not only did the report highlight the underachievement of American students but it also harshly criticized American teachers (Nation at Risk). Therefore, “no excuses schools” became necessary to address this problem and try to reduce the achievement gap. There were a significant number of charter schools in the United States that adopted the “no excuses” strategies. Some of the most prominent and successful “no excuses schools” besides KIPP Academy are Promise Academy, YES Prep, Uncommon School, Achievement First, and Aspire charter schools (Angrist 15). 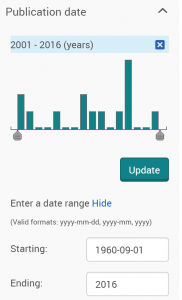 In No Excuses: 21 High-Performing, High-Poverty Schools, Carter gave credit to schools where educators insisted on academic excellence and they did not accept failure. Students attending these schools scored better than the national average in math and reading despite the fact that they were children of predominantly low-income minority parents (Carter 3).  Many charter schools that embody the ideas of “no excuses” strategies are now called as “no excuses schools.” The phrase had very positive connotation at this time.

There are many scholars, journalists and researchers who claimed that “no excuses schools” are effective, even more effective than schools that do not use the “no excuses” model. In 2003, Thernstrom and Thernstrom wrote about “no excuses schools” as “excellent schools” (Thernstrom 272) that score well on statewide tests (Thernstrom and Thernstrom 43) in No Excuses: Closing the Racial Gap in Learning. In 2015, a meta-analysis about “no excuses schools” showed that these schools have positive and significant impacts on student academic achievement. Cheng et al. found that both the oversubscribed “no excuses schools” and charter schools produce better results on math and ELA tests compared to the national average. In addition, the results showed that “the estimated grand effect size for the sample of No Excuse charter schools are consistently higher than those estimated for the more general sample of random assignment charter school studies (Cheng et al. 21).” Based on their meta-analysis, Cheng et. al found that “no excuses schools” increased student achievement by “0.25 and 0.16 deviations in math and literacy, respectively, net of the typical annual growth that students experience.” Furthermore, Promise Academy in the Harlem Children’s Zone showed that their students gain 0.229 standard deviations in math per year and 0.047 standard deviations in reading that meant that the school closed the achievement gap in math in four years and halved it in reading (Fryer 2).

Despite the fact that “no excuses schools” had been perceived well and successful since their foundations due to their improved test scores, there has been a growing amount of literature that criticizes these schools.  Goldstein claimed that “there has been little convincing evidence done on those “no excuses” teaching strategies: incentive systems (pizza for good behavior and high test scores)…Yet this type of teaching has exploded in prominence since the mid-1990s” (141). In an article “At Success Academy Charter Schools, High Scores and Polarizing Tactics,” Kate Taylor pointed out that Success Academy Charter Schools had “a system driven by relentless pursuit of better results, one that can be exhilarating for teachers and students who keep up with its demands and agonizing for those who do not.” By highlighting that “no excuses schools” are demanding, Taylor criticized the system that it might not be beneficial for all children who are enrolled in those schools. For example, at Success Academy Charter Schools, students’ academic achievement is not a private matter but one that is displayed on colored charts and those who are failing are in the red zone—a reminder every day that you are a failure (Taylor). Furthermore, these students who are behind and do not perform as well as they should are made to feel “misery.” Moreover, some students wet themselves during practice tests because teachers did not give them permission to go to the bathrooms. In addition, Taylor quoted a student attending one of the Success Academy Charter Schools saying “What I don’t like is I have to go to school on Saturdays, so I feel like I don’t get rest, and I get a lot of stress in my neck because I got to go like this all the time” [hunching forward as if he was taking a test] (Taylor).

Despite the fact that Taylor’s depiction of these “no excuses schools” are somewhat neutral, it can be argued that there are many elements in the “no excuses” model that are questionable in terms of its psychological effects on students. Furthermore, in “The Paradox of Success at a No-Excuses School,” Joanne Golann claimed that “as students learn to monitor themselves, hold back their opinions, and defer to authority, they are not encouraged to develop the proactive skills needed to navigate the more flexible expectations of college and the workplace…No-excuses schools thus promote academic achievement while reinforcing inequality in cultural skills. These findings suggest that what works for academic achievement may not coincide with what works for students’ success in later life stages” (115). By questioning the skills these students acquire, Golann points out that “no excuses schools” only focus on how to close the achievement gap while students are in schools but they do not consider long-term consequences and job opportunities (116). From these sources, it can be seen that critics of “no excuses schools” look beyond test scores, and question the effectiveness of “no excuses” strategies and their consequences for students later in their lives.

In conclusion, “no excuses schools” arose in the 1990s in the US primarily because the accountability movement and A Nation at Risk showing that public schools were failing and there was a significant achievement gap between middle-class white students and students of low-income and minority parents. They aimed at closing that gap by applying “no excuses” strategies, which became highly popular in the US because these “no excuses schools” generated better test scores. Many people advocated “no excuse schools” due to their improved scores, however, from the 2000s, more and more criticism had been addressed questioning the long-term effects of the “no excuses” model. It is not just simply a critique of the strict teaching methods and environment that are implemented in such schools but also a critique of standardized testing and the way how money is distributed among public schools. Further questions can be proposed: why are there still advocates of “no excuses schools” despite the fact that most of the literature on these schools criticize the “no excuses” model and there is no evidence for long-term success?

Lack, Brian. “No Excuses: A Critique of the Knowledge Is Power Program (KIPP) within Charter Schools in the USA.” Journal for Critical Education Policy Studies. 7:2 (2015): 127-153.

United States. A Nation at Risk: The Imperative for Educational Reform. Washington, D.C.: The National Commission on Excellence in Education, 1983. Print.

One thought on “How Have “No Excuses Schools” Appeared and Changed Over Time in the US?”