In Davis Guggenheim video documentary, Waiting for Superman, he uncovers the struggles that many families in america face when dealing with our public education. He works closely with five specific families and follows their pathway through the education process. He records the obstacles and struggles that they face in order for their child to get into the best public education they can. Each family comes from a different economic background and different geographic location, yet they all seem to face the same conflict within our public education.

The first child that Guggenheim introduces is Anthony. He is a young african american boy, who lives with his grandmother, Gloria. Anthony tells us that he never knew his mother and that he had to repeat second grade because his father died of a drug overdose. His grandmother is in the process of entering Anthony into the lottery to attempt to send him to SEED Charter School. 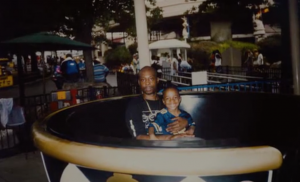 We meet Daisy next. She explains that she might want to become a nurse after school and that her father struggles because he does not have a job, and that her mom receives the income. She is hoping to attend KIPP LA Prep, but if she not accepted from the lottery then she will attend a lower ranked school in LA. Next is Fransisco. He is a first grader who lives in the Bronx. Fransisco already attends a struggling school and he himself has a very hard time with work even though his mother is very supportive. He hopes that he is accepted into Harlem Success Academy in Harlem so he can get the correct support that he desperately needs. Biana is in kindergarten and attends a school which her mother cannot avoid to pay anymore. She also hopes, just like Fransisco, to be accepted into the Harlem Success Academy in Harlem. Lastly, we are introduced to Emily. She is an eighth grader who is hoping to be choose from the lottery for Summit Preparatory Charter High School.

Guggenheim mentions in the beginning of the documentary that everyone wants to send their child to the best school possible, but the struggle is to understand how to tell what is the best choice for each child. In one of the first scenes that we see, Guggenheim talks about how his views on public school education have changed greatly over the past few years. Especially even more now that he has to choose a school to send his own children to; “Ten years later, it was time to choose a school for my own children.  And then reality set in-My feelings about public ed didn’t matter as much as my fear of sending them to a failing school.  And so every morning, betraying the ideals I live by, I drive past 3 public schools as I take my kids to a private school.  But I’m lucky-I have a choice” (3:55  – 4:10)

Such educational academics such as Halley Potter and Richard Khalenberg would most likely disagree with the increase of success of the charter schools. Yet I believe after watching this documentary that there could be something to charter schools and success with students considering the overwhelming amount of individuals that apply for only so few spots knowing that their chances are lower than 20% to getting accepted to their school of choice.