Many testified in favor of  H.B. 7250, longer recess times, citing the need for younger students, in particular, to get some “fresh air” and avoid being indoors for long periods of time, which in turn would allow students to retain information better and pay more attention in their respective classes. In a mother daughter duo, the daughter advocated that it is important to recognize that students who come from under resourced neighborhoods  might not be able to have “play time outside of school hours”, and the mother urged that “play is as equally important as food and water.”

The  majority of people present were testifying in support for HB 7082, an act that calls for the inclusion of African-American studies and the history of race and racism in the United States from grades K-12. One teacher representing a school from New Haven stated in her testimony that “students need to learn history that is not whitewashed or sanitized”. Another teacher claimed that with the implementation of the act there would be an improvement in the  psychological perception of how students of color see themselves. She stated that when students start learning about their history and learn about historical figures that look like them, this will create a more positive image of themselves for them. A high school student testifying for the inclusion of ethnic studies said ethnic studies “should not be restricted to learning about civil rights for one month because we are doctors and scientists”.

The other bill widely vouched for was HB 7083. This bill is act that calls for inclusion of Puerto Rican and Latino Studies in grades from K-12. One woman testifying voiced the fact that schools shape students identities, especially younger students’ ones. Thus, she pleaded for this bill to pass, as  children would grow more confident in their ability. Another person testifying said that this would lead to a more positive democracy, which in turn would lead to higher level of learning, and an overall more well-rounded education for students. 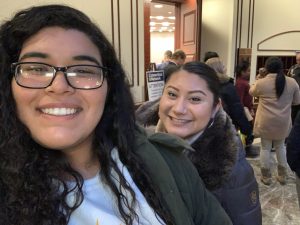