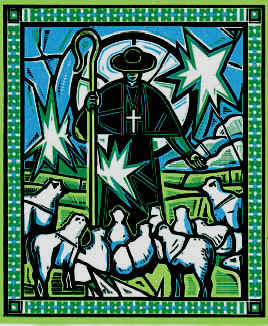 Everyone interested in the future of the Catholic church is now focused on the Synod of Bishops on the Family – the showdown in Rome between progressive forces seeking to reanimate the spirit of the Second Vatican Council and conservatives anxious to maintain the “reform of the reform” undertaken by Popes John Paul II and Benedict XVI.

Although the Synod is supposed to address a range of family issues, the battle lines have been drawn up over the issue of whether divorced and remarried Catholics may be able to take Communion. That may be surprising, for in contrast to contraception or married clergy or women priests, this issue has never occasioned widespread agitation in the church. And it affects a relatively small number of the faithful.

But like the Battle of Gettysburg, the fight for a minor piece of ground can turn out to be the crucial one. In Catholicism, the crux of the conflict is the extent to which the Church can change.

In his opening homily to the attendees, Pope Francis described the Synod as “the Ecclesial expression” of a church “that interrogates herself with regard to her fidelity to the deposit of faith, which does not represent for the Church a museum to view, nor even something merely to safeguard, but is a living source from which the Church shall drink, to satisfy the thirst of, and illuminate, the deposit of life.”

With this rather intricate piece of papal prose, Francis informed the assemblage that its job is to make the “deposit of faith” – the body of teaching handed by Christ to the Apostles – more readily accessible to the people of today. In line with his persistent emphasis on tempering justice with mercy, he lent support to German Cardinal Walter Kasper’s proposal that the divorced and remarried no longer be kept from the Eucharist by the Church’s teaching on the indissolubility of marriage.

At the first session, however, the Synod’s “general relator,” Hungarian Cardinal Péter Erdö, offered the contrary view in a speech setting the parameters for the forthcoming discussions. “The truth of the indissolubility of marriage taught by Jesus Christ himself,” he said, means that the bar to Communion is no “arbitrary prohibition.” Rather, sacramental marriage establishes it as an “intrinsic demand” on all civilly divorced and remarried Catholics regardless of circumstances.

Erdö’s remarks were interpreted by some as taking Communion for the divorced and remarried off the table, but at a press briefing the following day, the president of the Pontifical Council of Social Communication, Archbishop Maria Celli, denied that. “It is open on a pastoral level but remember what the Pope said about doctrine,” Celli said. Next, according to Vatican Radio, Canadian Archbishop Paul-Andre Durocher replied to a question of whether the Communion ban was a “doctrine or a discipline” by saying that “different people may see this differently and that it was part of the work of the Synod to discuss this.”

These comments reflect the ecclesiastical rule of thumb that a “discipline” can be changed but a “doctrine” cannot. Thus, Kasper’s position is that “no Communion for the divorced and remarried” is a discipline that can be waived in certain cases. And American Cardinal Raymond Burke, the arch-conservative whom Pope Francis removed as head of the Vatican’s highest court, recently declared that even the pope “does not have the power to change teaching [or] doctrine.”

But according to James Bretzke, S.J., a professor of moral theology at Boston College, the discipline-doctrine distinction is not so simple.

“‘Discipline’ is a technical term reserved for items that are legislated by competent authority in the church,” Bretzke said in an interview. “A doctrine is a different concept, and that refers to theological teachings related to the deposit of faith, the understanding of the Christian faith.”

Yet all disciplines and all doctrines are not created equal, he said. The discipline of clerical celibacy, for example, is far more serious than the discipline of not eating meat on Fridays, which has ceased to be obligatory for American Catholics.

As for doctrines, those that have been proposed in a “definite manner” by a church council or the pope are considered de fide definita – “of the faith as defined.” Less definitive are theological “notes” that may be considered propositions or speculations. “The indissolubility of marriage is a doctrine, yet it is not nailed down,” Bretzke said. “There is no council that says this is solemnly defined.”

The doctrine of papal infallibility, which was solemnly defined by the First Vatican Council a century and a half ago, has been employed by popes to establish just two doctrines de fide definita: the Immaculate Conception and the Assumption of the Virgin Mary. But that does not mean that popes haven’t altered doctrine in a less definitive manner – through encyclicals, motibus propriis, homilies, and speeches.

Thus far, Pope Francis appears to have done so twice. At a briefing for journalists in New York in September, Holy See spokesman Fr. Federico Lombardi was asked whether his statements on the death penalty and declaration of a right of the environment to be protected represented a development of church teaching. “There is something new there, yes,” Lombardi replied.

In addition, Francis preempted some positions taken at last year’s Synod and (like several of his predecessors) formally changed the way the Church handles marriage annulments. Specifically, he promulgated new canon law that does away with automatic reviews and allows diocesan bishops to grant uncontested “declarations of nullity” within 45 days.

While these may appear to be changes in discipline, some Catholic critics have claimed that they are tantamount to a doctrinal shift sanctioning divorce, Catholic style. “The claim is that discipline and doctrine are like Siamese twins,” Bretzke said. “We can differentiate them but if they’re joined at a vital organ, if you separate them you’re killing them both.”

Should the current Synod decide that the ban on Communion is (merely) disciplinary, it is fair to expect conservatives to insist that nevertheless, actually permitting some divorced and remarried Catholics access to the Eucharist would kill the church’s doctrine of marriage. And if that doctrine is killed, who knows what’s next?

At last year’s Synod, the conservatives were caught flat-footed by Francis’ push for progressive reform. This year it’s clear they’ve arrived ready to fight to hold the line. But as the pope has shown by his action on annulments, the last word will belong to him.