The idea of crime and punishment is not new to society, as every group of people establishing a set of rules must decide what happens when those rules are broken. The authority of law is dependent upon the idea that breaking rules results in consequences. Yet, the ways in which societies have dealt with crime and punishment looks different depending on the geographic location and time period. The following points aim to capture the evolution of prisons in the United States as an adopted solution to crime.

1. Crime and Punishment as a Colony 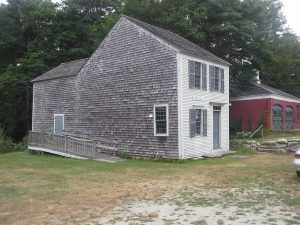 Prior to independence, the colonies established through England’s rule practiced forms of punishment that mirrored England’s existing structure. For instance, the presence of certain jailhouses existed in the colonies with a pre-trail role rather than detaining individuals for long periods of time. Upon being found guilty of the crime (not in a trial the way we imagine today), the person faced a  form of punishment based in public humiliation and torture. Public whippings, pillory, and in extreme cases castration are referred to as sanguinary punishment. It wasn’t until after the American Revolution and the expansion of new legal principles that role of jails/prisons shifted. 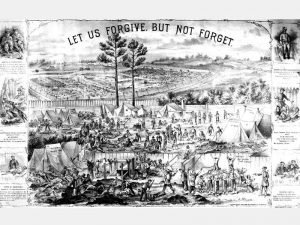 As the American Revolution approached, people were tasked with organizing a
government and set of rules and practices that would guide the society. Rather than being based on public humiliation, punishment shifted to being rooted in the use of hard labor as a deterrence against crime but also as a way to maintain a particular set of values deemed socially as “good.” Corporal punishment that was rooted in England’s intellectual basis of crime and punishment was replaced with an movement towards intense physical labor. Many proponents of the prison over corporal punishment associated prior forms of punishment as cruel and outdated. So a system where people are instead held for extended periods of times, have their movement controlled, and are forced to work endless hours a day: sounds like something familiar in U.S history. That is because the adoption expanded use of penitentiaries is heavily influenced by the prospect of economic productivity similar to persistence of slavery. 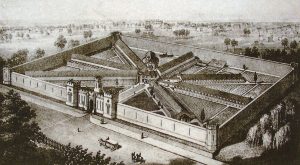 Reforms in state penal codes allowed for the expansion of prisons to occur by providing judges with the option to sentence those found guilty to imprisonment, which differed dramatically from a judge simply deciding a physical punishment appropriate for the crime. Legislative shifts in the context of population growth, social mobility, and economic opportunity created a perfect storm by which prisons became the tool used to address crime and punishment. Proponents of penitentiary viewed it as a more humane way to address crime, while opponents (especially in the South) argued against this institution. 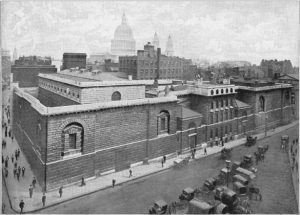 In 1797, New York State built its first penitentiary: Newgate Prison in Greenwich Village. This institution only remained open for 27 years, as several design flaws led to its ultimate destruction. The idea to move away from corporal punishment because of its violent nature was significantly undermined by the presence of violence for several reasons, one of which were cell designs that placed eight people in one cell to sleep. Prisons were justified as a place where human lives could be rehabilitated to prevent future criminal activity. The construction of Newgate and subsequent prisons call into the question the possibility to achieve that goal given the environment that results from the physical design of these institutions. 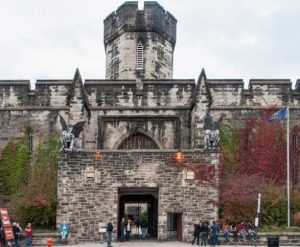 Eastern State Penitentiary in Pennsylvania was a prison built in the context of the the “Auburn system.” A central idea behind the physical designs of prions fitting this model encourage separation/isolation as a form of rehabilitation, where the only “services” provided was a daily visit from the Warden. There were many complaints about cell designs, which aimed to minimize threats to the guards, yet it made it extremely difficult to pass food and transport inmates, presenting various human rights concerns.

6. The Reconstruction Era and Prisons

During the Civil War and Antebellum period, ideas about punishment shifted as well as the reality of overcrowding in prisons. The Jackson Era is well known for its negative influence on prisons, especially in regards to the physical deterioration the physical structures endured, which exacerbated conditions for people within the prisons. Several strategies – now viewed as cruel – were implemented during this time period, such as solitary confinement, straightjackets, the iron cage, etc. 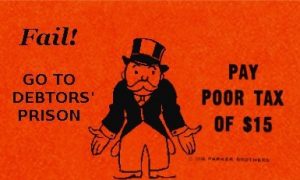 While most people associate prison as a place where violent criminals are sent, this institution has been used as a tool to punish people for uncollected debt. The term “debtors prison” captures the ability of the state to punish people for unpaid fines through imprisonment. As an institution, prisons promote capitalism through the profits gained through privatization as well as the ability to use it as a tool for those who do not have the ability to pay a fine, child support, garnishments, etc.

Gender identity within the prison context has become increasingly more known to people as women – especially women of color – started facing incarceration at higher rates during mass incarceration. Moreover, prisons are separated based upon a gender binary, which often forces people in the trans community to be incarcerated based on their sex rather than gender identity, which often creates violently dangerous situations. 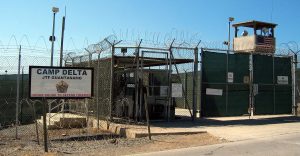 One of the most controversial prisons in existence today is arguably Guantanamo Bay Detention Camp, which is a U.S naval base. A large part of the controversy is two-fold. On one hand, it is well known that people often end up in Guantanamo Bay for long periods of time without a trial, eliminating any presumption of innocence and directly contradicting the U.S Constitution. On the other hand, a huge focus on the use of torture against people being detained is repeatedly cited as a reason for advocating for the prison to be closed. 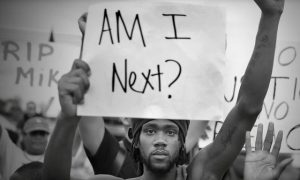 Mass incarceration can be understood as the system by which people of color are subjected to disparate rates of policing, arrests, and imprisonment. Several books and even documentaries outline the inherent racial bias of the U.S criminal justice system, which can be understood through various institutions and laws. Today, the privatization of prisons – in the context of the prison-industrial complex – has led to a system where economic profit drives incarceration rates, leading to the connection of mass incarceration being the new form of enslavement.