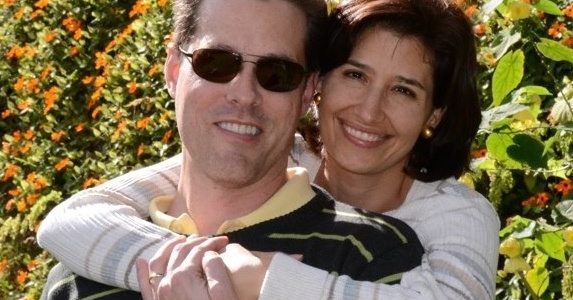 SG: What have you done since leaving Trinity?

SG: In terms of a career, what did you do right after graduation and how did that lead to what you do today? 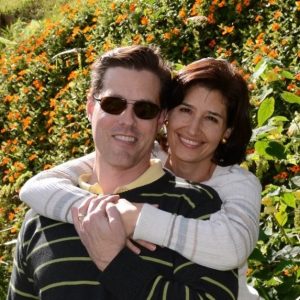 PD: When I was still at Trinity, I won the Ferguson Prize, a poli sci essay prize, in ’89. And it got me to thinking that I could go on for a master’s degree. I went from Trinity to the Harvard Kennedy School for a Master’s of Public Policy. I graduated in ’92 and relocated to DC. I put my education to use as I worked at the Central Intelligence Agency for the next 6 ½ years. By the late ’90s, the internet was booming in northern Virginia and I wound up working for a company called Network Solutions, which was sort of at the center of the domain name (web address) business. I stayed with NetSol for 12 years, and then transitioned in 2011 to where I am now, Public Interest Registry. I basically went from the customer-focused side of this industry to become VP of Policy for the manager of the .org database. So you can see how my political science foundation was a springboard into grad school, and I now do policy work and a lot of strategizing on the development of industry rules with colleagues that literally span the globe.

SG: You touched on my next question a little bit. What specifically about Trinity, like the way the curriculum is set up or the poli sci degree, do you think was most helpful in starting your career? You mentioned that getting the prize helped push you to go to grad school. Was there anything else, maybe class-related, that you think helped in your career?

PD: The choice of Trinity and Political Science made sense to me since Hartford was the seat of state government. I did a full-time internship program at the legislature in the spring term of my junior year. As luck would have it, I wound up working for a Trinity alumnus (Carl Schiessl ’81) who was serving as a state representative. The convenience of being in Hartford and then the ability to turn classroom theory into reality was very attractive. My interest in poli sci also was driven in no small part by my wife, who’s Colombian. So for me it started with the legislative experience, which helped me get into grad school, and then international opportunities. At Trinity, at least back then with the way curriculum and requirements were set up, I had the flexibility to pursue my interests. Also, relatively small class sizes and getting to know my professors, who would encourage and challenge me, was a big draw.

SG: Definitely. Did you get the opportunity to study abroad or do any traveling while you were at Trinity, or is that something that came later in your life?

PD: In my case, it came later. While I didn’t do semester abroad, I think most would agree that I’m pretty well-traveled having visited over 50 countries so far. It’s certainly made up for anything I might’ve missed as an undergrad!

SG: What were you involved in besides academics at Trinity?

PD: I don’t know if it still exists by the same name—TCAC, the committee who plans Spring Weekend and things like that.

SG: Oh yes, it goes by a different name now.

PD: But that was for social purposes. It’s good to get to meet more people and broaden the group that you hang out with.

SG: Are there hobbies or passions that that you think Trinity should be aware of?

PD: I love to travel. We have three kids and they got bit by the same bug. As a family we’ve traveled quite extensively throughout Europe. Travel is important because it opens you up to new cultures and people and different ways of living, seeing things, and thinking about things. It’s critical. I think Trinity sparked that for me, and is probably even more encouraging of that kind of perspective today.