“It’s certainly a problem, it will always be a problem, an unfortunate reality in our times” said Keith Norton, standing executive officer of the Connecticut Office of Higher Education, about financial woes burdening the development and continuation of scholarship programs for Connecticut residents.

On February 14th, 2017 at the Legislative Office Building in Hartford, CT, Norton argued for the transfer of the Connecticut Office of Higher Education into the State Department, as a solution to financial distress  about scholarship and college preparedness for Connecticut residents.

The Connecticut Office of Higher Education finances the funding and programing for the Roberta G. Willis scholarship, minority advancement program, Alternate Route to Certification program, among many others. The agency has already cut 10% – 4 million dollars- of the scholarship , since the summer of 2016 in order to be more cost-efficient, yet student-centered,  according to Norton.

Reductions in the Willis scholarship have already impacted the first year undergraduate classes of Connecticut – since it was not even offered to them. Norton explained the agency could no longer financially support a student’s college expenses for the full four years. Only sophomores, junior and seniors would be able to apply for the scholarship and receive aid. In his defense of the agency’s cost efficiency, Norton transitioned to speak about the agency’s need to move into the State Department of Education in order to continue on its path of efficiency.

Norton proposed the transfer would only include 24 employees, 21 of which are current employees of the agency and would provide the agency with resources they need for more effective financing and programming, at no cost. Norton highlighted that the agencies current Information Technology department is only composed of two employees with limited access to key online resources. With the agencies transfer to the State Department, the IT department could expand to five members, since there would be access to increasingly important resources like a variety of databases that contain extensive online reports which could aid cost efficiency and ultimately, the Connecticut student.

Despite Norton’s argument for the transfer, the present representatives at the meeting expressed their concerns about the move. Representative Toni Walker (D) addressed Norton stating, “ My concern is you will lose effectiveness and authority in the transfer, that important scholarships you provide could get absorbed”. Representative Walker contrasted that while the  agency’s current decision making was led by the 21 current employees, the transfer to the state Department would signify new leadership the agency would need to report to, the commissioner of Education, Dianna Wentzell.

Norton explained that while there are many diverse bureaus in the department, many programs the agency runs must abide by different federal ties and statues. He argued the agency already has experience in efficiently following implemented standards and requirements of various leadership, “I don’t see reporting to a higher education chief or commissioner would curtail any of our responsibilities, I don’t think there is too big of a risk in our work moving”.

Norton is hopeful of the transfer and access to key resources, so that the student is the one who suffers less financially, stating “I’m on my 11 months as Executive Director, and it’s been quite an 11 months, what we [the agency] have tried very hard to do is, get away from idea that we can’t do something”.

New York, Philadelphia and Delaware all of which have transferred their Higher Education office into their State Departments.

Will Connecticut’s Office of Higher Education be on the move too, and at what cost? 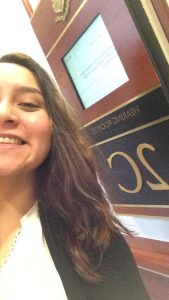 Outside the room the meeting took place, 2C 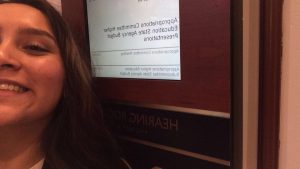 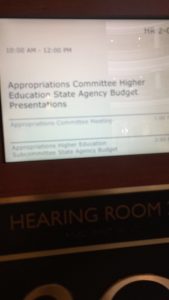