“It’s messy and fun and scary.”

That’s how Professor of Engineering John Mertens describes the yearlong process that sees seniors in Trinity’s Computer Science and Engineering Departments researching, designing, and building capstone projects as the culmination of their undergraduate studies.

The projects challenge students to apply knowledge to investigate a new problem or to create a product from scratch. Computer science majors work independently, while engineering majors are encouraged to work in pairs or small groups with complementary skills in the different concentrations of mechanical, electrical, computer, or biomedical engineering. Each project is overseen by at least one faculty adviser, and students completing capstone projects are simultaneously enrolled in a yearlong seminar that helps prepare them to present their proposals and final products, which are included in the college’s science symposium.

Mertens says the senior projects are supported by The Travelers Indemnity Company. “A representative from Travelers comes at the end of the fall semester to see midyear presentations and then at the end of the year for the final presentations,” he says. Travelers Senior Research Prizes are awarded to the students whose senior research projects have been deemed the most outstanding in computer science and in engineering by an independent board chosen from Trinity faculty and Travelers representatives.

“The projects require an iterative process, in which students define the problem, collect information, design and analyze alternative solutions, and ultimately build and test a final product,” Mertens says. “They must also document the design process and write a final thesis. It’s really important for them to do things without knowing what the answer will be and to have to find the best solution to a real-world problem. We want students to graduate with the confidence to know that they can do things like that.”

Lucy Matz ’20, raised by a politically active family in San Francisco, wanted to design a project to help increase civic engagement in young people. “Americans aged 18 to 29 are projected to overtake Baby Boomers as the largest age-group population in the U.S. by the end of next year. Unfortunately for our democracy, young people have very low rates of voter turnout,” says Matz, who is double majoring in economics and interdisciplinary computing with economics through the Computer Science Department. “My goal is to show people in college that their votes really do matter and how to maximize their impact. Voting is an important habit to form at this age.”

College students have the option of registering to vote by absentee ballot in their home district or voting in the community where their college is located, and the program that Matz is building, Vote Smart, evaluates the difference in impact between the two voting options. “You put in your home address and your address at school, and then it uses the Partisan Voter Index—which is a scale that utilizes previous election data and some projections to show the likely partisan outcome—of each House Congressional district to see how flippable it is,” says Matz, a Jeffrey E. Kelter ’76 Scholar. “The program tells you to vote in the place where the election is closer.”

Associate Professor of Economics Mark Stater, one of Matz’s faculty advisers, says that projects initiated by students are more open-ended than most classroom work. “That’s part of what makes it exciting for the student and the faculty advisers,” he says. “You don’t know at the beginning where it’s going to go. That’s the unpredictable nature of research.”

Matz’s other adviser, Visiting Assistant Professor of Computer Science Chris Armen, adds, “It’s a nice transition from the four years of having professors dictate what the direction is going to be to taking control for themselves. It gets students thinking at a higher level and prepares them for whatever’s next.”

Matz says, “In the end, you really feel like you have made something on your own and developed new skills that you can put on your résumé. There’s no answer key, so it definitely has been an exercise in resourcefulness.”

Computer science major Seb Kryspin ’20 loves video games and wants to be a game designer, so he knew the form his capstone project would take even before he settled on the exact storyline. “I was struggling with what the game should be about, but at the same time I was thinking that I needed to start applying for jobs. Everyone knows what it’s like to be rejected, so I wanted to make a humorous twist on that,” Kryspin says. In the 3-D world of the tongue-in-cheek Job Hunter game, a player completes exaggerated stages of the job search process, such as gathering lost pieces of a résumé and facing off against enemies including a human resources interviewer.

Professor of Computer Science Peter Yoon is advising Kryspin on the project, which connects the student’s interests in the technical and artistic fields. “Writing a computer game is not like just painting a picture; it involves a lot of logic and combines artificial intelligence, strategies, and entertainment,” says Yoon.

For Kryspin, the liberal arts approach to computer science at Trinity has helped prepare him to think critically about all aspects of the project. “Most of the upper-level computer science courses at Trinity are focused on problem-solving. The exact tools you use are less important, but the ability to problem solve and discover solutions is essential,” he says.

The senior project has given Kryspin a head start on the type of career he wants to pursue. “If I didn’t have this project, I wouldn’t be designing games this year,” he says. “As a senior, it’s pretty important that you have this space to do what you’re interested in and go beyond the fundamentals.” 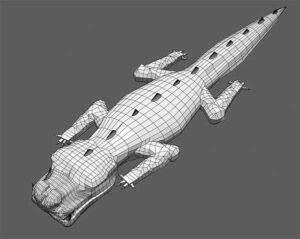 Yoon adds, “Computer science students work on many different projects: gaming, stock-analysis websites, music-related apps. Computing is everywhere. Seniors put together the theory, the coding, and algorithm design skills into one piece of software. When they go looking for a job, prospective employers really like to look at what they’ve done.”

A robot designed and built by Hannah Neufeld ’20 and Donovan Palmer ’20 may soon be roaming the halls of the Roy Nutt Mathematics, Engineering, and Computer Science Center, which houses the Engineering Department. Neufeld—an engineering major with a concentration in electrical—and Palmer—a double major in physics and engineering with a concentration in mechanical—wanted to take on a robotics project after participating in the Trinity College International Firefighting Robot Contest, held on campus each spring.

Mertens, their adviser for the project, says the robot can be programmed to run errands by itself, perhaps picking something up off a printer, putting it on a tray, and pushing the elevator button to bring it to a colleague. “This is relevant to autonomous vehicles, military applications, and human assisting,” Mertens says. “Robotics and artificial intelligence are the future.”

Palmer, a Raether 1985 Charitable Trust Fund Presidential Scholar, has enjoyed the opportunity to blaze a new trail with this project. “In many traditional lab assignments, a professor gives you a clear goal and a specific path to get there. With this project, you pick your own goal, and then you have to find your path,” he says. “It’s a design problem at its core, with lots of brainstorming and trial and error.”

Palmer adds, “Robotics combines many aspects of engineering. Showing a prospective employer we did all of this and made it all work together, that’s really a separating factor. You learn a ton of theory, and this project was a great opportunity to apply it all cohesively to the real world.”

Neufeld says the project brought out connections between concepts and components that she had not noticed before. “It all overlaps,” she says. “And in the real world, we’re not going to have someone holding our hands all the time. Having a project that we can design on our own teaches us to be more independent with our education and to realize that not all of our learning happens in a traditional classroom.”