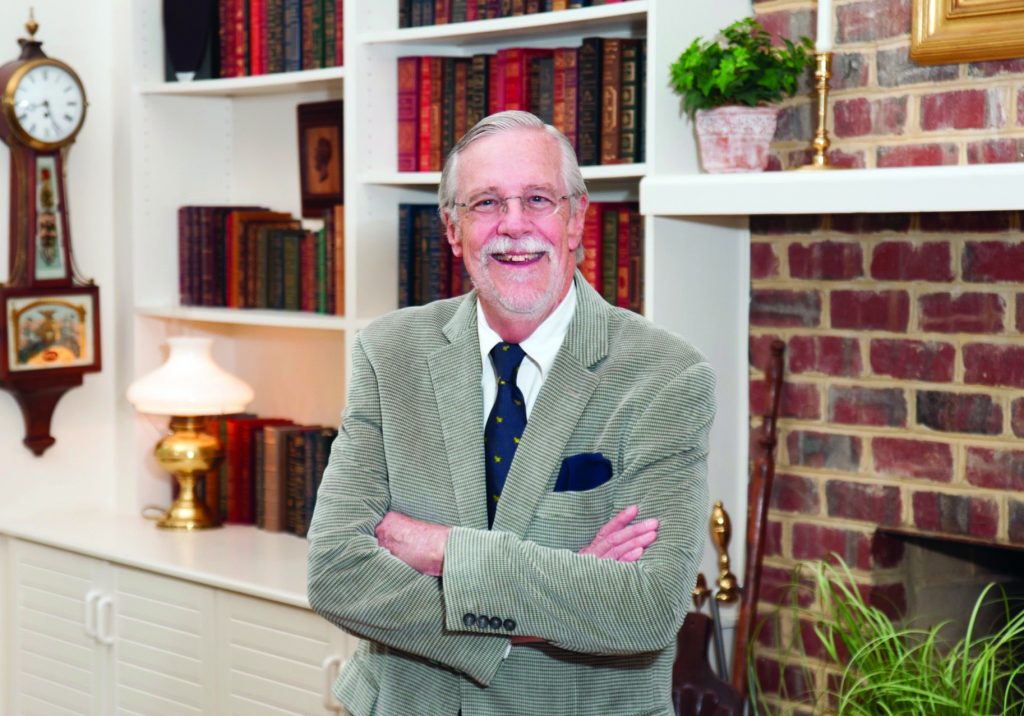 FAVORITE TRINITY MEMORY: Research for a paper in the 1960s was different from today. Before the internet, the library was the center for inquiry. One of my favorite recollections occurred the night before an important report was due. I recall aimlessly wandering around the library’s open shelves of books frantically exploring for a particular reference to complete the assignment. Now with Google, students do not experience the fun of getting lost in the stacks!

What did you enjoy most as a practicing radiologist? After my residency, I joined my father and uncle’s practice in Reading, Pennsylvania. Radiology as a specialty was set to explode with technological innovations that would transform the face of medicine. Over the next 30 years, it was exciting to introduce new procedures and equipment, including ultrasound, computed tomography (CT), and MRI, into our practice’s imaging armamentarium. During this period, medicine was generally less stressful than in today’s competitive health care environment. Physicians had more opportunities to talk with patients and confer with referring colleagues about problem cases. With my subspecialty interest in mammography and women’s imaging, some of my most challenging and happiest moments were when I could personally deliver favorable news to a concerned patient who had a diagnostic dilemma.

What led to your initial interest in the history of medicine? My love of history started at Trinity. But my focus on the history of medicine was launched in 1972 while at Penn. I fabricated a unique interactive medical history exhibit for a national radiology meeting. A series of radiographs that were shown demonstrated known diseases of several U.S. presidents. Radiologists viewing the display were first queried to diagnose the disorder on the x-ray and then to match their answer to the appropriate president who had that malady. The exhibit’s unusual participatory approach received favorable reviews, and I became hooked on learning more medical history. It was the start of many years of studying the subject.

What did you like most about being a teacher? After retiring, my wife and I moved to Williamsburg, Virginia. In 2008, I became a volunteer instructor at the College of William and Mary’s Osher Lifelong Learning Institute (previously called the Christopher Wren Association). The organization provides educational enrichment opportunities for senior citizens in the area. Over the last decade, teaching multiple courses on various aspects of the history of medicine has been a true joy. Instructing adults who are eager to learn and bring their personal experiences into the classroom has been rewarding. I also have benefited from the health care professionals in attendance. They frequently added information to the presentations. In 2018, I published a book, Medicine from Cave Dwellers to Millennials. The content was based on all of my courses.

How did your time at Trinity help shape your life? 1961 to 1965 were good years to be an undergraduate. It occurred before the turbulent events at the end of that decade. Legions learned both in the classroom and elsewhere on campus provided a template that helped guide many different aspects of my life. At graduation, I had a solid education, was socially mature, and had developed new interests beyond the sciences. Trinity prepared me for medical school and planted the seeds for my future pursuit of teaching and writing about the history of medicine.

Did you have professors who were particularly influential? Trinity’s senior faculty members James Wendell Burger in biology and Sterling Smith in chemistry were old-school with no personal agendas beyond the academics. Their concerns were for the students’ scholastic progress and future after college. They taught with passion and instilled a love of knowledge in those who took their courses. On a personal level, they frequently provided wise counsel.

Any final thoughts from your study of the history of medicine? William Harvey in 1628 discovered how the blood circulated throughout the human body. No other aspect of anatomy had been subject to so much superstition or conjecture over the ages until he disclosed the truth. Even with his magnificent revelation, Harvey realized how much needed to be learned. He wrote, “All that we know is still infinitely less than all that remains unknown.” That continues to be true today.

Read the commentary written by Stolz that appeared in the October 2018 issue of The Virginia Gazette.