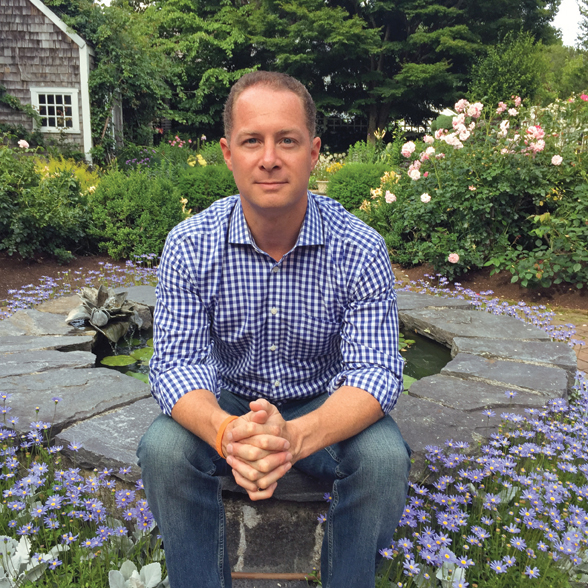 Peter Espy ’00 is the first to admit that his Trinity College experience was far from typical. As a transfer student living off campus his sophomore year, Espy did not have the opportunity to live on campus until he was a junior. By the start of his senior year, he had already accepted a job at Credit Suisse in the firm’s Investment Banking Division and began splitting his time between Hartford and New York later that fall.

That said, Espy made the most of his time at Trinity, double majoring in art history and political science, serving as vice president of the Phi Kappa chapter of Alpha Delta Phi, working with several charitable organizations in the Hartford area, and even fitting in a summer semester abroad at the College’s Rome Campus.

After graduating, Espy initially stayed connected to the College by serving as a class agent, as a member of his fraternity’s Alumni Council, and later as a co-chair of his class’s 5-, 10-, and 15-year Reunion Committees and as a member of the National Alumni Association (NAA).

Espy has maintained his strong ties to the College through his service as a member of the Board of Trustees, where he is chair of the Awards for Excellence Committee and a member of the Alumni Relations and Finance Subcommittees; as president of the NAA and chairman of its Executive Committee; and as a volunteer with the Admissions Office and the Career Development Center (CDC). His terms on the board and on the NAA will end on June 30.

In an effort to help current Trinity students prepare for their futures in the working world, Espy often comes to campus to conduct mock interviews, to host informational and mentoring sessions, and to participate in roundtable discussions organized by the CDC. He also played a key role in creating Trinity’s Externship Program, which gives students the opportunity to spend a day or more shadowing highly accomplished Trinity graduates at their places of business.

Professionally, Espy spent 17 years with Credit Suisse Group, most recently as the chief of staff to the CEO of Credit Suisse (USA), before turning his attention to Event Driven, LLC, a New York City-based event consulting and production company that he founded last year and for which he serves as the creative director.

For this latest endeavor, Espy credits his course work in art history at Trinity with “fostering his love of and appreciation for the arts, broadly defined” and for “providing him with many of the skills and tools” needed for the design aspects of his current work. He also cites having gained valuable planning and production experience while on campus as both a member of the Student Government Association Spring Weekend Committee and the officer in his fraternity most responsible for organizing and executing its various events.

Espy, who lives in New York City with his daughter, Emilia, is active in his community, serving as a member of the Board of Directors for the New York Society for the Prevention of Cruelty to Children, the nation’s oldest child protective services agency, while also supporting the American Society for the Prevention of Cruelty to Animals (ASPCA), Children International, and the Spence-Chapin adoption agency.

Through all that Espy does, he looks back on his time at Trinity as integral to his success and encourages alumni to remain engaged with the College just as he has. “My Trinity education gave me the foundation I needed to do well in my chosen path,” he said, “and continuing to be involved with the life of the College is my way of making sure that today’s students have every possible advantage as they prepare for their futures. It is my hope that more Trinity alumni will join me back ’neath the elms.”