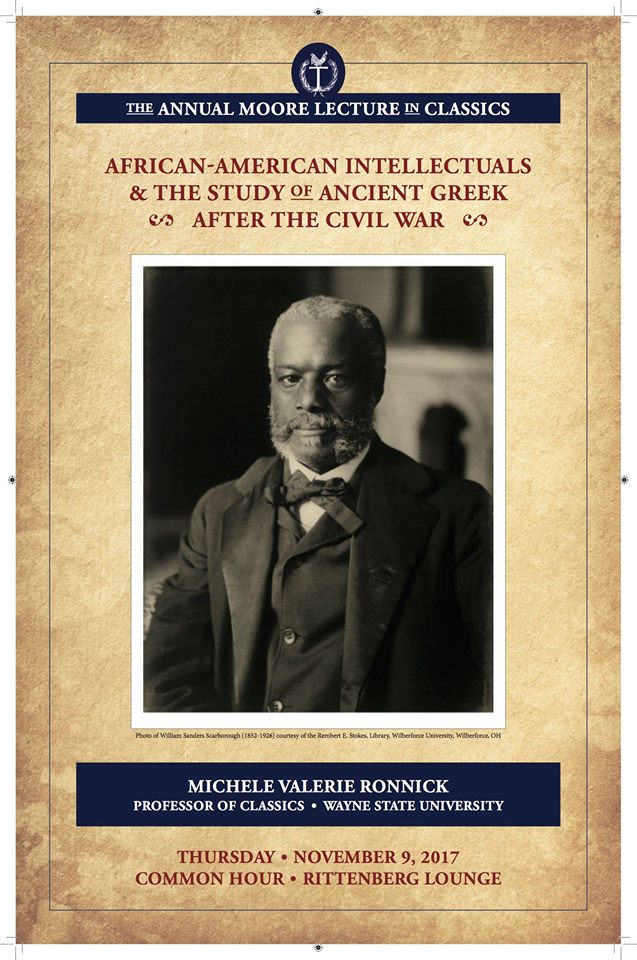 “Education was in fact the second liberation for these people. A free society is not based just on a foundation of laws, but also on full access to the highest elements of culture and learning.” 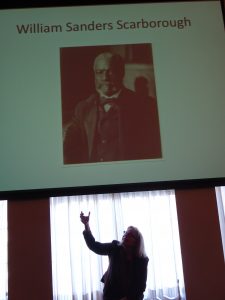 intended to support the offerings in the ancient Greek language that the department of Classics offers.

Dr. Ronnick presented the many years of research that she’s done on African-Americans who studied ancient Greek in the late nineteenth century. Among the individuals that Dr. Ronnick discussed, William Sanders Scarborough is prominent. The first African-American member of the MLA (Modern Languages Association) and the third of the American Philological Association (now the SCS, the Society for Classical Studies), Scarborough was a model classicist, presenting several times at annual conferences on subjects as traditional as the grammar of a Greek text and as boundary-pushing as the reception of the Roman playwright Seneca by the French playwright Racine.

Thank you, Dr. Ronnick, for visiting us and for sharing your important research on this important aspect of the discipline of classics! 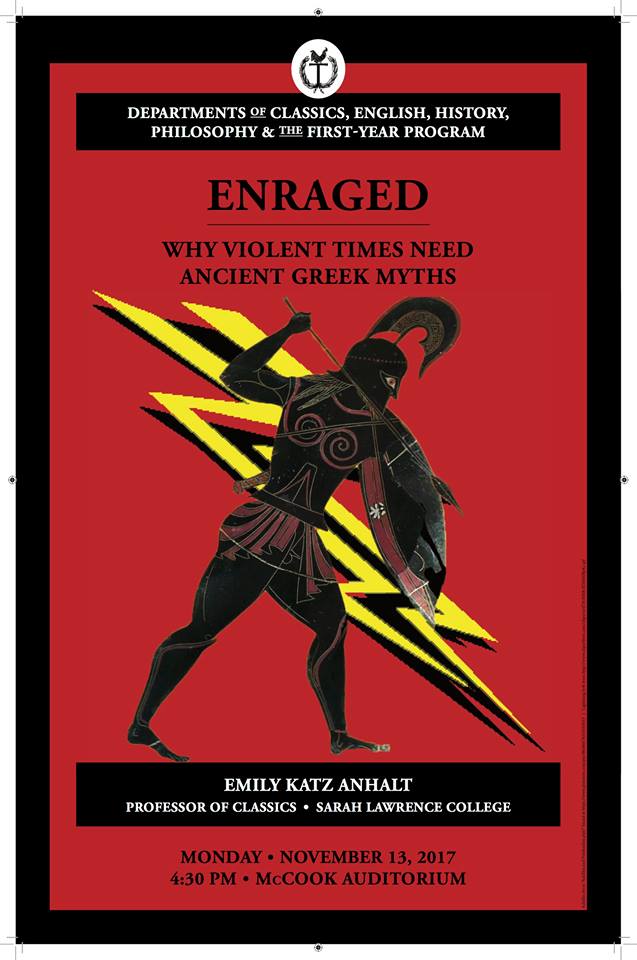 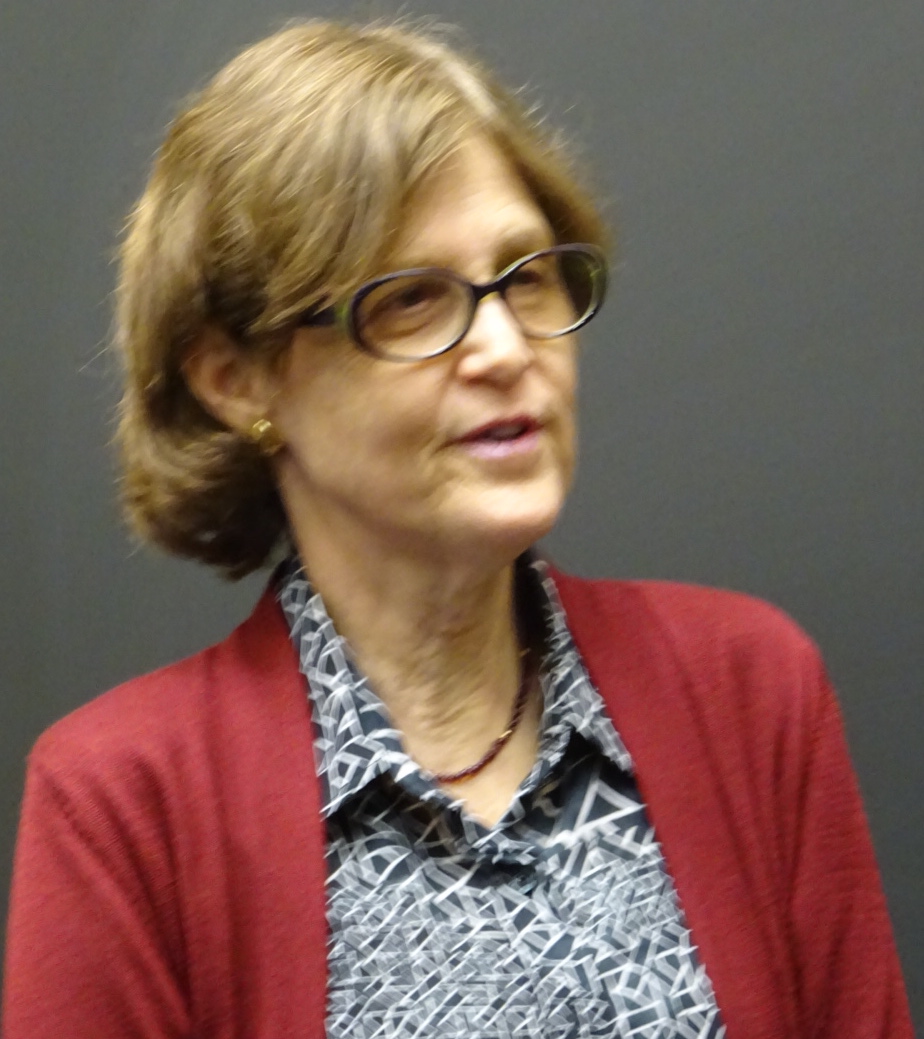 On November 13 2017, Dr. Emily Katz Anhalt of Sarah Lawrence College spoke to us about violent Greek myths and their importance for our society today. Her 2017 book Enraged: Why Violent Times Need Greek Myths (Yale University Press), Anhalt re-tells and interprets stories from Homer’s Iliad, Sophocles’ tragedy Ajax, and Euripides’ tragedy Hecuba. She argues that these stories show the heavy tolls of violent behavior and led to the creation of democratic ideas in ancient Greece. The ancient Greeks represented the destructiveness of violent behavior to remind themselves of the danger inherent in that kind of attitude. But, Anhalt claims, our current attitude is very different. She points to the violent behavior that is the norm in modern media and the arrogance displayed on social media. Ancient Greece could solve our problems!

Thank you for visiting us and sharing your insights about ancient and modern times, Dr. Anhalt. Her book is very readable and relatable: get it at Amazon or your favorite local bookseller! 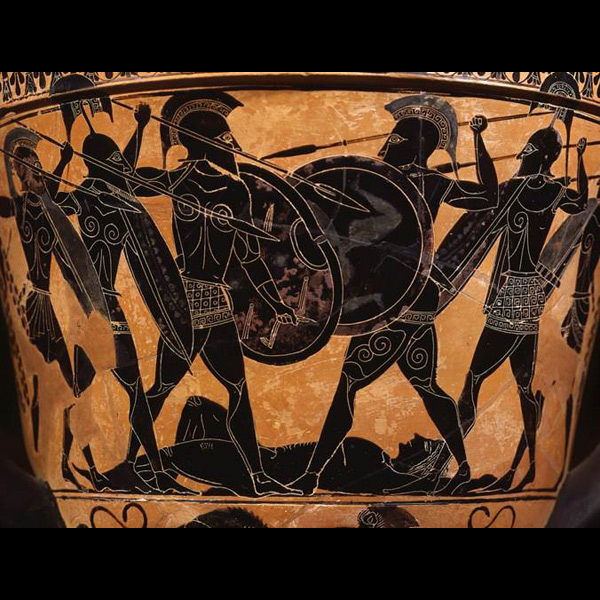 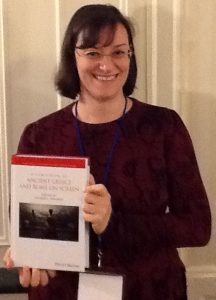 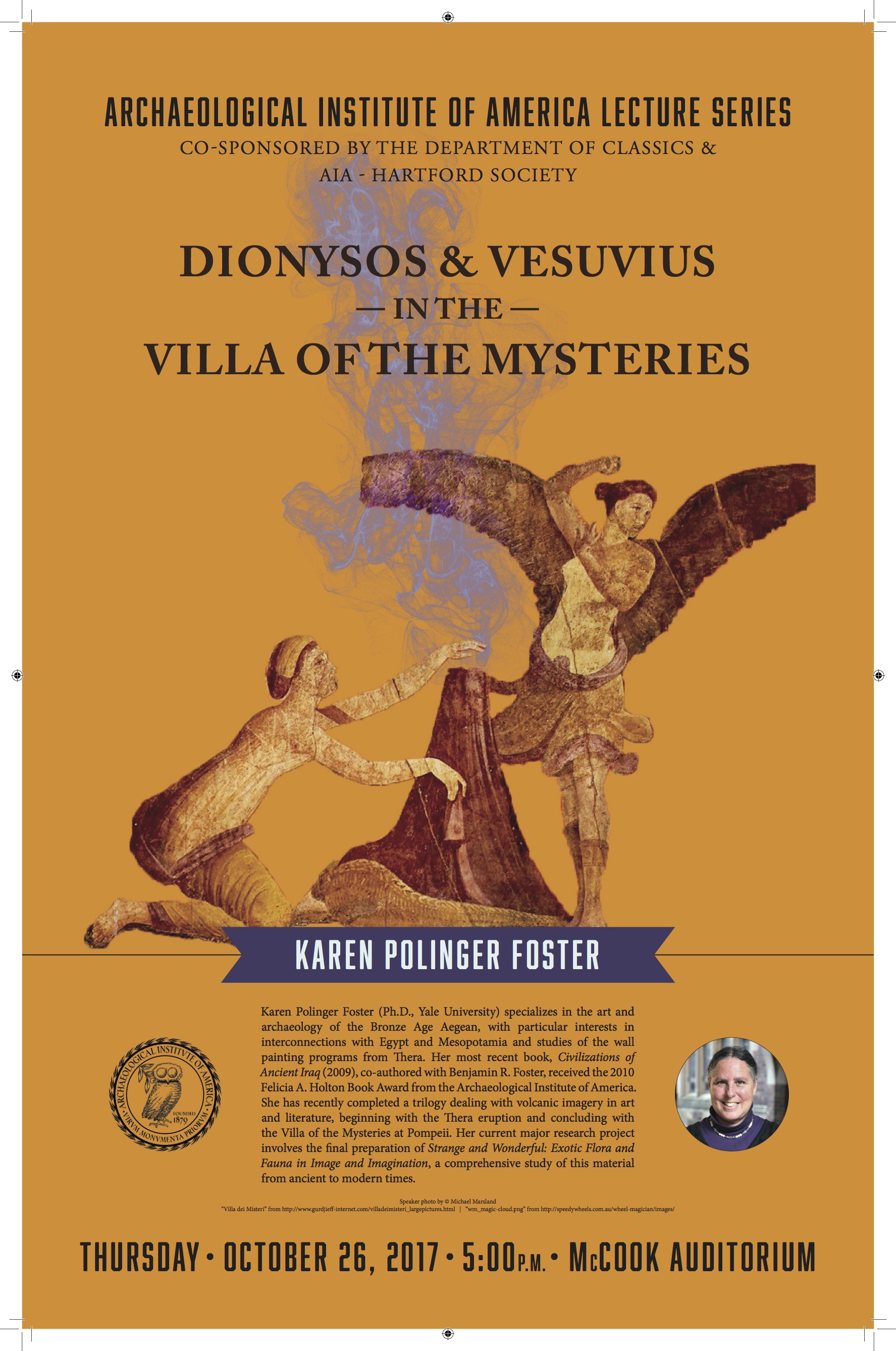