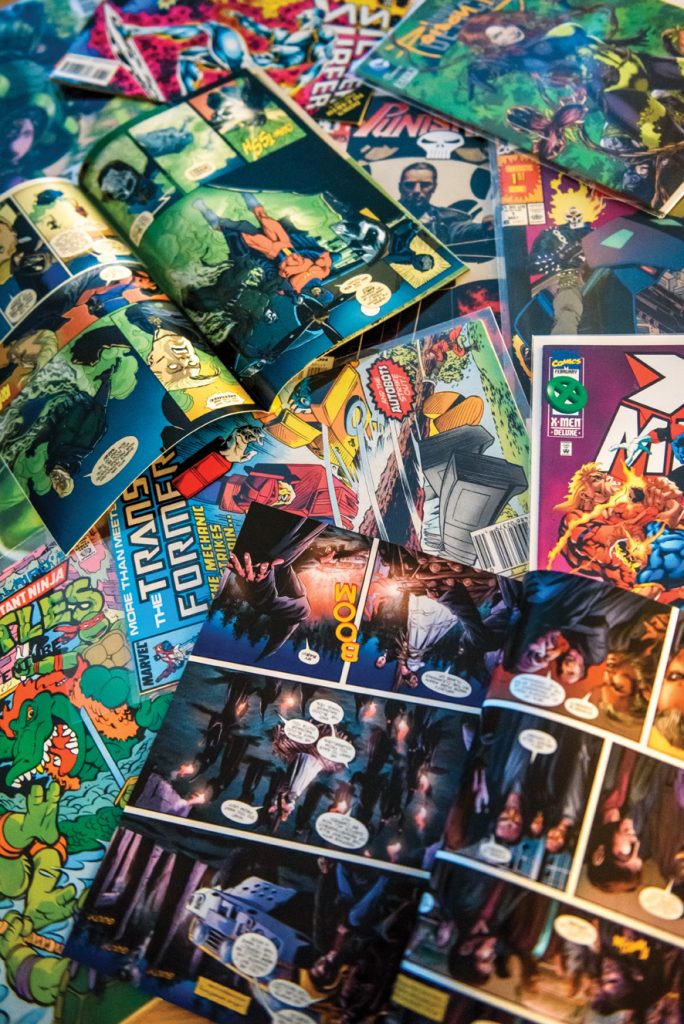 Trinity’s Watkinson Library recently received a collection of more than 10,000 comic books, 200 graphic novels, and several comic reference books. The acquisition will be available for public viewing after it has been organized, cataloged, and archived.

Richard Ring, former head curator of the Watkinson, said that the collection was donated to Trinity by Marcus Leab, a collector from Maple Grove, Minnesota, who lived in Connecticut during his childhood.

This acquisition was the subject of a recent Hartford Courant article, written by Susan Dunne. Ring told Dunne that he was excited to receive the cache and added that he would like to add to the library’s collection of pop culture items. “This is a nice starter set for us. It’s exciting. We hope it’s the tip of the iceberg,” he said.

The comic books, which range in date from the 1950s to the present day, include superhero characters such as Wonder Woman and Doctor Strange, as well as the popular Star Wars and The X-Files franchises.

The Watkinson Library, a public research library that houses the rare book and special collections of the Trinity College Library and the college archives, contains more than 200,000 printed volumes ranging in date from the 15th century to the present.

For more details about the Watkinson and the comic books, including Leab’s account of his collection, please visit http://commons.trincoll.edu/watkinson/2017/06/27/comics-collection/