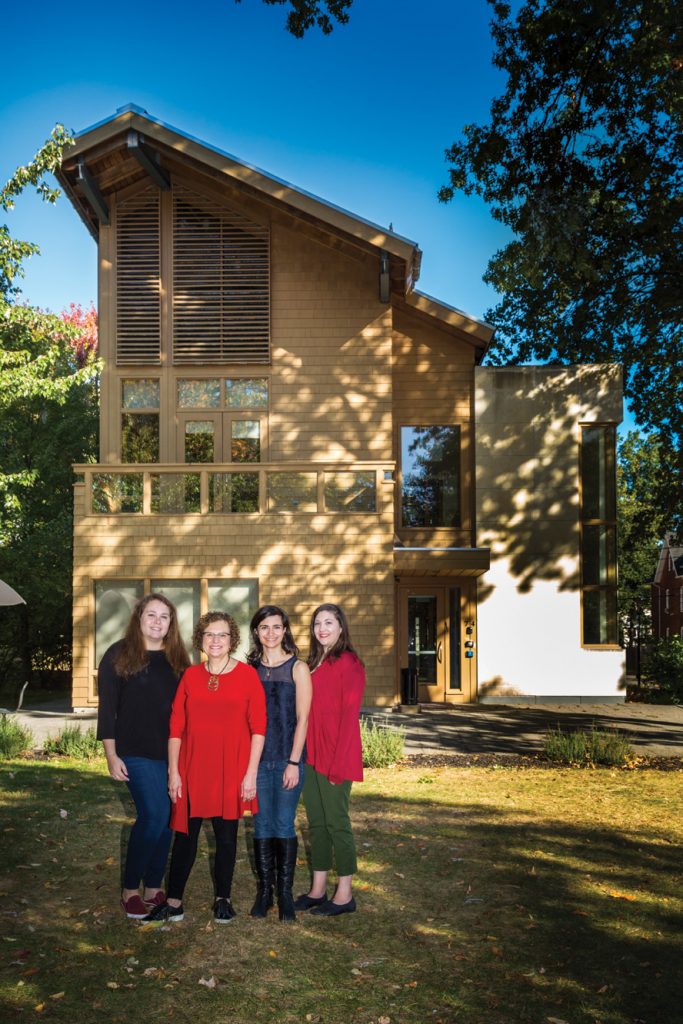 In the 70 years since Trinity College Hillel was established, its original mission—to provide religious programming to the Jewish men of the college—has evolved. Today’s organization, based since 2002 in the Zachs Hillel House made possible through the philanthropy of Henry Zachs ’56 and others including Alan Mendelson ’69, chair of the Trinity Hillel Advisory Board, aims to be well integrated into campus life and to provide ongoing creative Shabbat and holiday observances. “We attempt to provide a broadly based program that builds on students’ interests through a Jewish lens,” says Trinity Hillel Director Lisa Kassow. “Some of those interests are particular to Jewish concerns and some are more universal … in the realm of social action or tikkun olam (repairing the world) or with a focus on Israeli society and the arts, Holocaust education, Jewish culture, and most recently, mindfulness and yoga.” A programmatic example that brings together social action and Jewish experience is the Annual Pink Shabbat for Breast Cancer Awareness, which just celebrated its 12th year. Among events marking Trinity Hillel’s 70th anniversary is a gala for parents, alumni, and friends in New York City and a young alumni gathering with children at the Brooklyn, New York, home of Rabbi Sara ’04 and Isaac Luria ’05. Another is a private screening of Who Will Write Our History?, the documentary based on a book by Samuel Kassow ’66, Charles H. Northam Professor of History and Kassow’s husband. Kassow notes that Jewish values and ethics drive all interactions at Hillel. “Although we have been engaged in the work of building coalitions for many years, we are now living in a fractured and deeply divisive time,” she says. “It is important to communicate to students, their families, and the Trinity community that we stand by the values of communal responsibility, respectful dialogue, and relationship building. Two thousand years ago, Hillel the Elder, for whom this organization is named, said, ‘Do not separate yourself from the community.’ I take that to heart.”