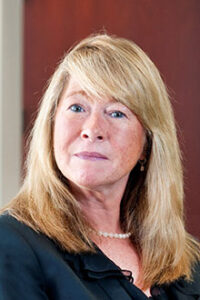 Annette Boelhouwer is an attorney who specializes in all areas of civil litigation, including professional malpractice defense, with a concentration in products liability and toxic tort matters. She has vast expertise in the areas of complex case management and the coordination of multiparty litigation, including the negotiations of multi-case global settlements. Boelhouwer is a Martindale-Hubbell AV Peer Review rated and certified arbitrator and mediator. She graduated from Loomis Chaffee School and earned a B.A. in history from Trinity and a J.D. from New England School of Law. In the summer, Boelhouwer can be found in Wellfleet, Massachusetts, with her mom and siblings Mark ’83, Elise ’87, and Pieter ’89 and their families. 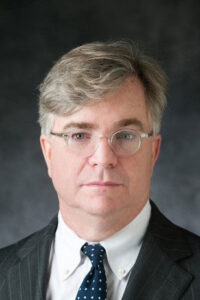 Tom Casey was an American studies major and received a law degree from Georgetown after graduating from Trinity. He became active in the Trinity Club of Washington in the autumn following graduation and served as president of the club on three occasions. During the mid-to-late 1980s, Casey was elected to two terms on the Executive Committee of the National Alumni Association (which changed its name to the Trinity College Alumni Association [TCAA] in 2019). His varied career includes several government positions, including chief of staff to the secretary of Housing and Urban Development and chief counsel to the chair of a federal bank regulator. In the private sector, his experience includes co-founding MAXEX, the nation’s first exchange for trading residential mortgages. Since 2014, Casey has been an attorney and mediator in solo practice in Washington, D.C. 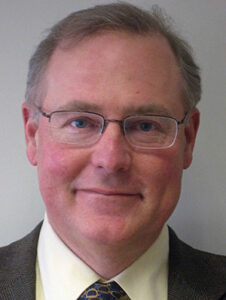 After graduating from Trinity with a B.S. in engineering, Terhune earned an M.B.A. from Columbia University. He spent most of his career with Toll Brothers, a national homebuilder, where he reported to the president and COO and was in charge of customer satisfaction and the company’s management development program. Since retiring, he has served on several boards, most recently as board chair of a private real estate holding company. He is president of the Holland Society of New York, a historical and genealogical organization. He and his wife winter in Naples, Florida, where he enjoys Trinity Club activities organized by TCAA Executive Committee member John Ellwood ’65. For leisure, he enjoys studying romance languages, travel, summers in New England, and a good round of golf. As a Trinity alum, he has been class agent and served on several Reunion Committees and on the Board of Fellows. He also is a longtime member of the Long Walk and Elms Societies and looks forward to contributing to Trinity’s success as a member of the TCAA Executive Committee.