Two Trinity College professors recently received funding from the National Science Foundation (NSF) to support their scholarship. Assistant Professor of Mathematics Lina Ma was awarded a $100,000 grant from the NSF to support her independent research and her collaboration with colleagues in the field of computational mathematics. Assistant Professor of Psychology Michael A. Grubb spent the summer of 2019 on a three-month visiting researcher appointment at Yale School of Medicine funded by an NSF Research Opportunity Award (ROA).

Ma’s project, “Consistent Multi-Scale Treatments of Ion Transport in Biological Environments,” is a mathematical pursuit that can be applied to biology. Ma will study diffusion, ion transport, and heat flow, which occurs in various ion channels throughout the human body. The abnormal behavior of ion channels can contribute to health concerns, including Type 2 diabetes or adverse reactions from contact with poisonous puffer fish. 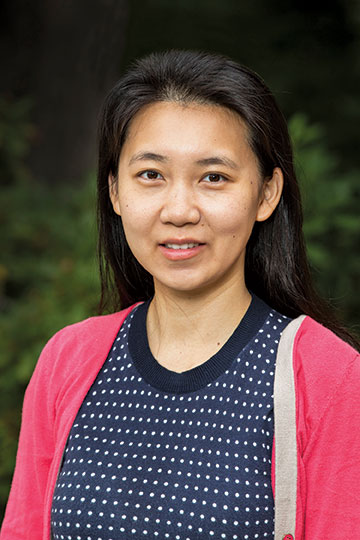 The biggest challenge, Ma said, is that biological processes, which usually happen in microseconds, can sometimes be controlled by a few atoms. Using traditional differential equation systems to represent the processes may lose too many details. However, she added, modeling things on the particle level and showing tremendous detail, such as protons and atoms, can have a high computational cost. Ma’s work will be directed toward developing a method that can bridge the macro and micro scales. 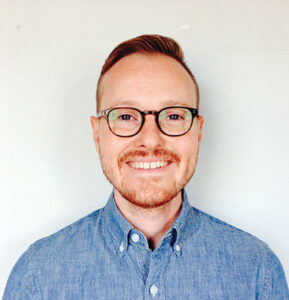 Grubb partnered with Yale Associate Professor of Comparative Medicine and of Neuroscience Ifat Levy, the principal investigator of the NSF grant being supplemented as part of the ROA, “Decision-making under uncertainty across the lifespan: Cognitive, motivational, and neural bases.” Grubb’s research contributed the larger goals of Levy’s grant, which aims to understand age-related changes in learning and decision-making.

Building on a project started in his lab at Trinity, Grubb’s research with Levy addressed new questions concerning the impact of selective attention on reward learning and decision-making.

Grubb’s role in this study was particularly significant given the special opportunity for collaboration between institutions like Trinity and Yale provided by the NSF.