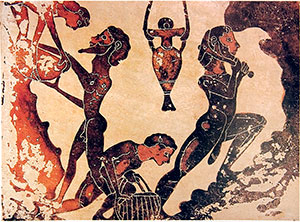 Prof. Caldwell introduced Friday’s keynote speech by Prof. Denise McCoskey of the Miami University of Ohio, entitled, “Race, Reception, and Re-Contextualizing Athenian Democracy” (the image above is an ancient Greek vase depicting slaves, which Prof. McCoskey chose to illustrate her talk in the program). Prof. Tomasso provided a formal commentary on a paper delivered on Thursday by Dr. Jessica Decker of CSU-San Marcos entitled: “I Will Tell a Double Tale: Double Speak in the Ancient Greek Poetic Tradition.” 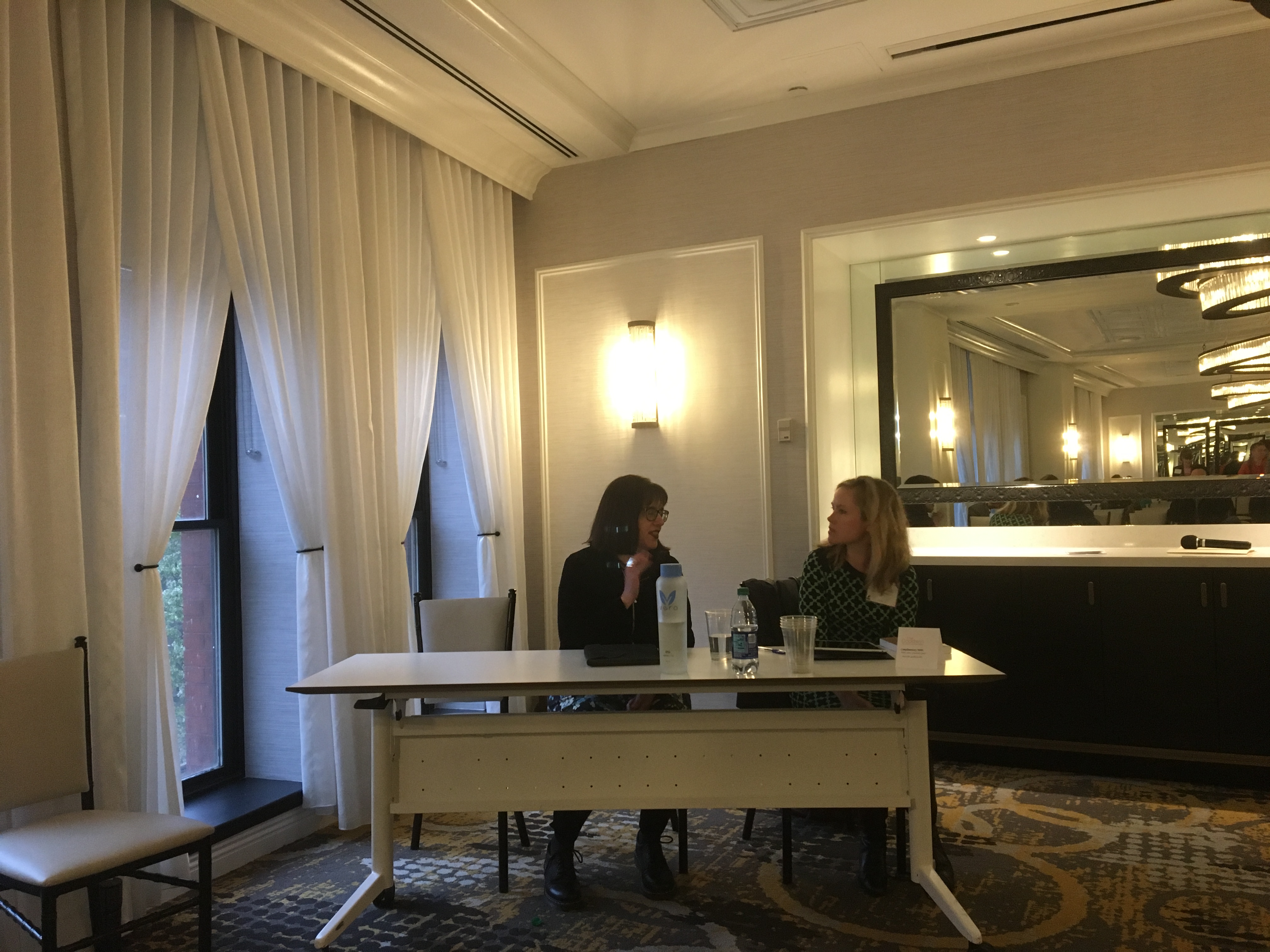 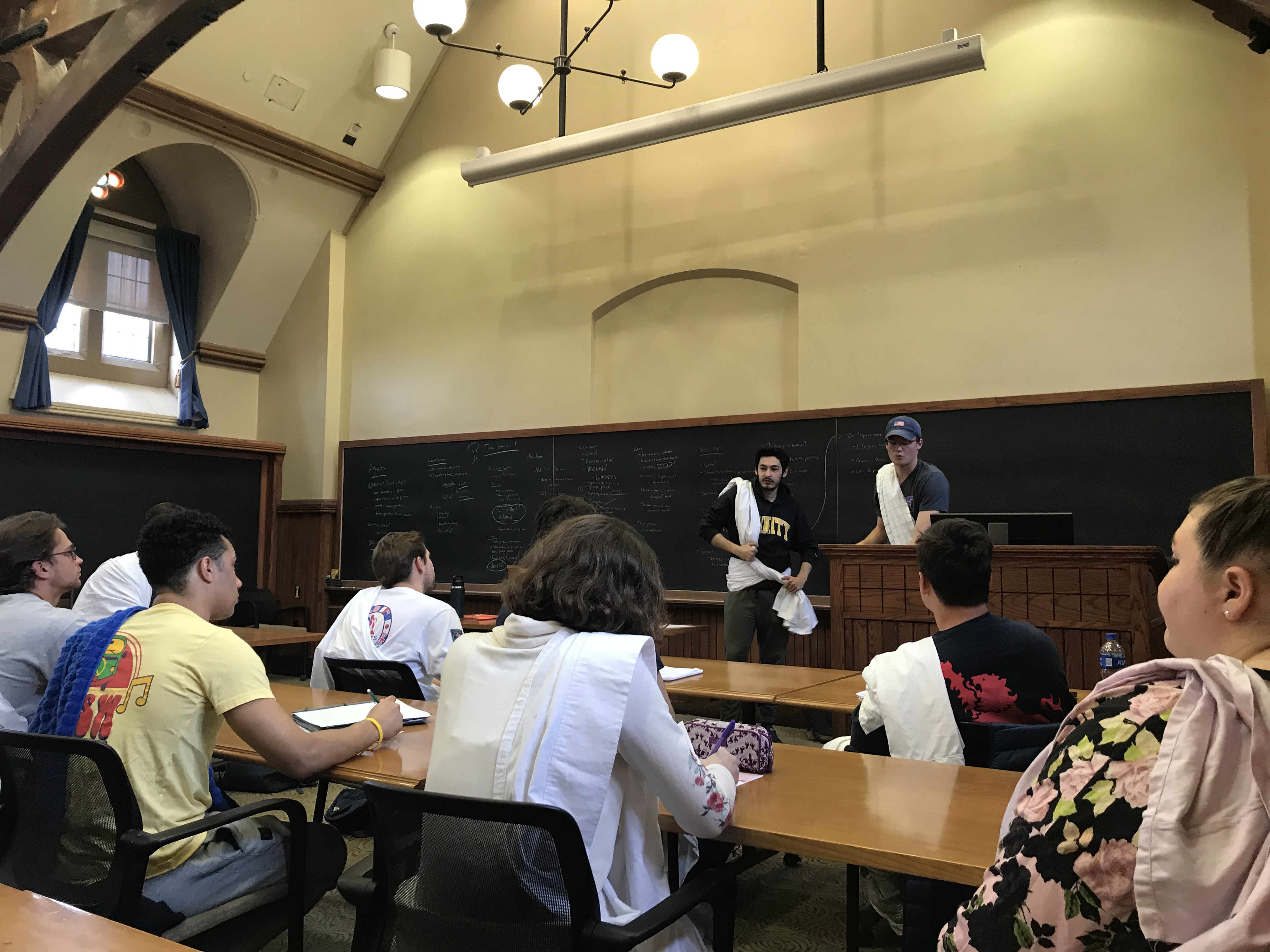 In her spring 2019 course HIST 226: The Rise & Fall of the Roman Republic, Prof. Lauren Caldwell of the History and Classical Studies departments, incorporated a role-immersive game. Her course was on the ancient Roman Republic, and she incorporated a game crated by Bowdoin professor Michael D. Nerdahl. In the above image, the elected censors Claudius Marcellus and Valerius Flaccus announce the results of their census to members of the Senate.

Professor Caldwell presented the results of her role-immersive game experiment in the Center for Teaching & Leaning Fellows panel “Pedagogies of Empathy”: 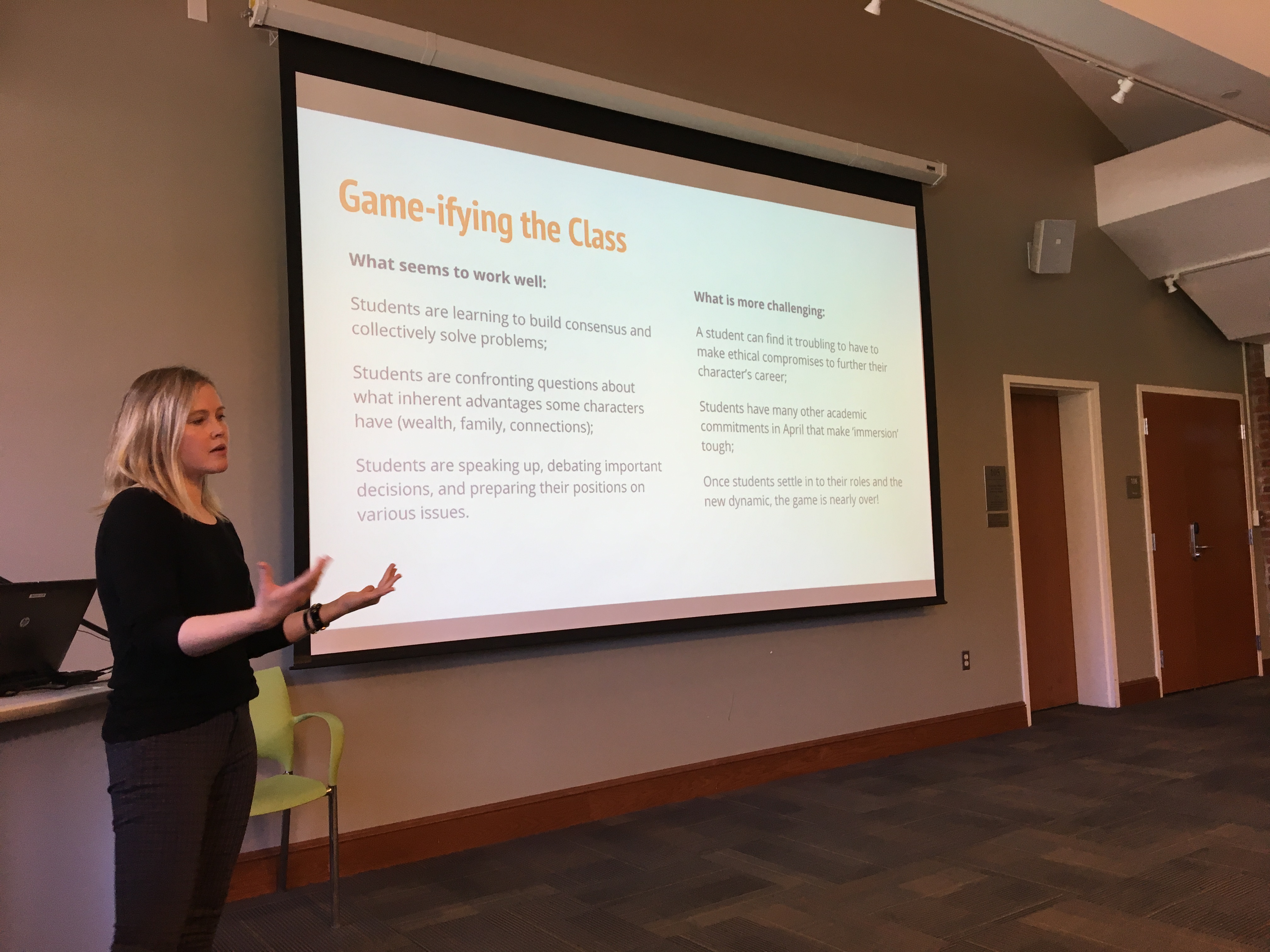 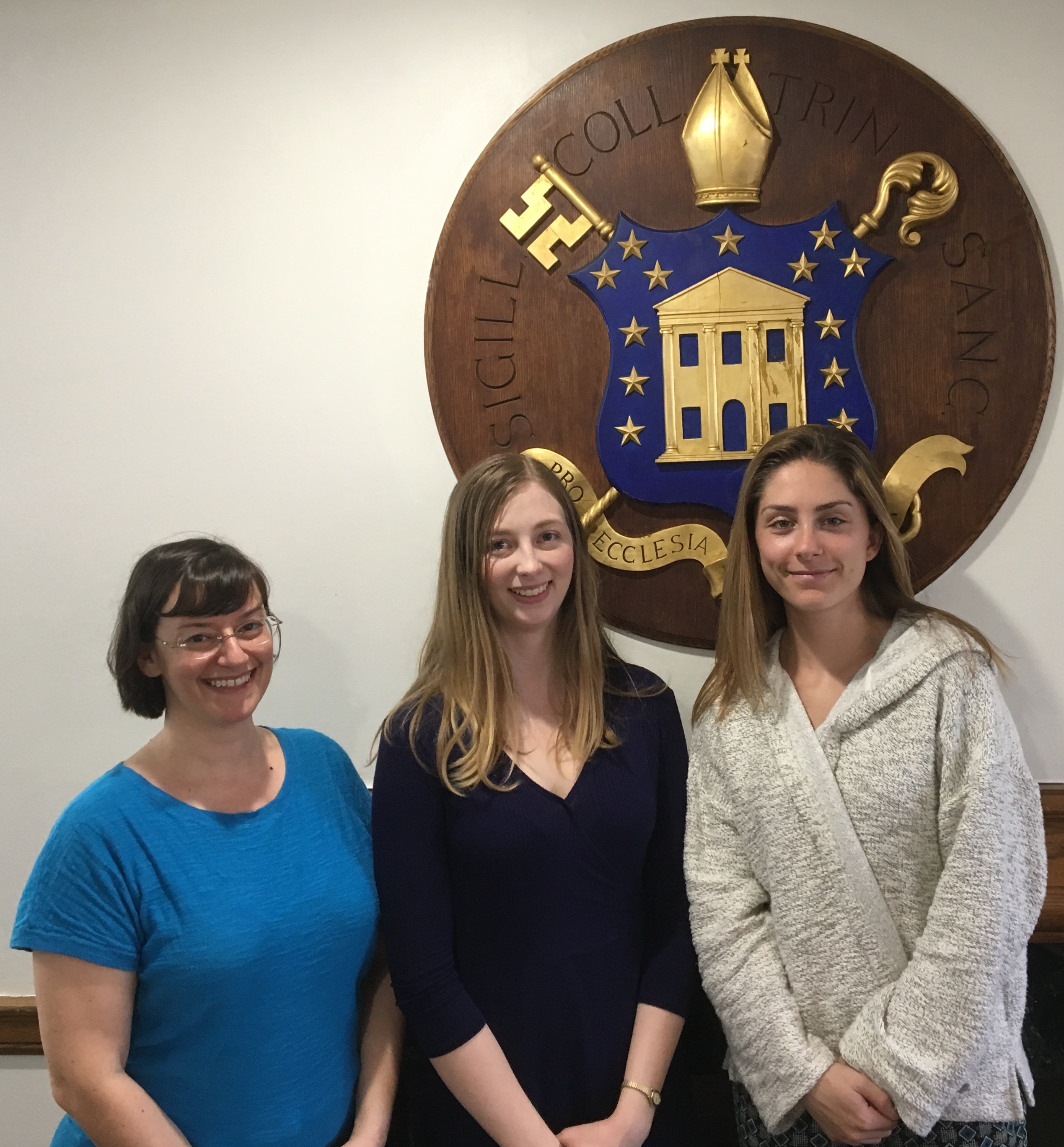 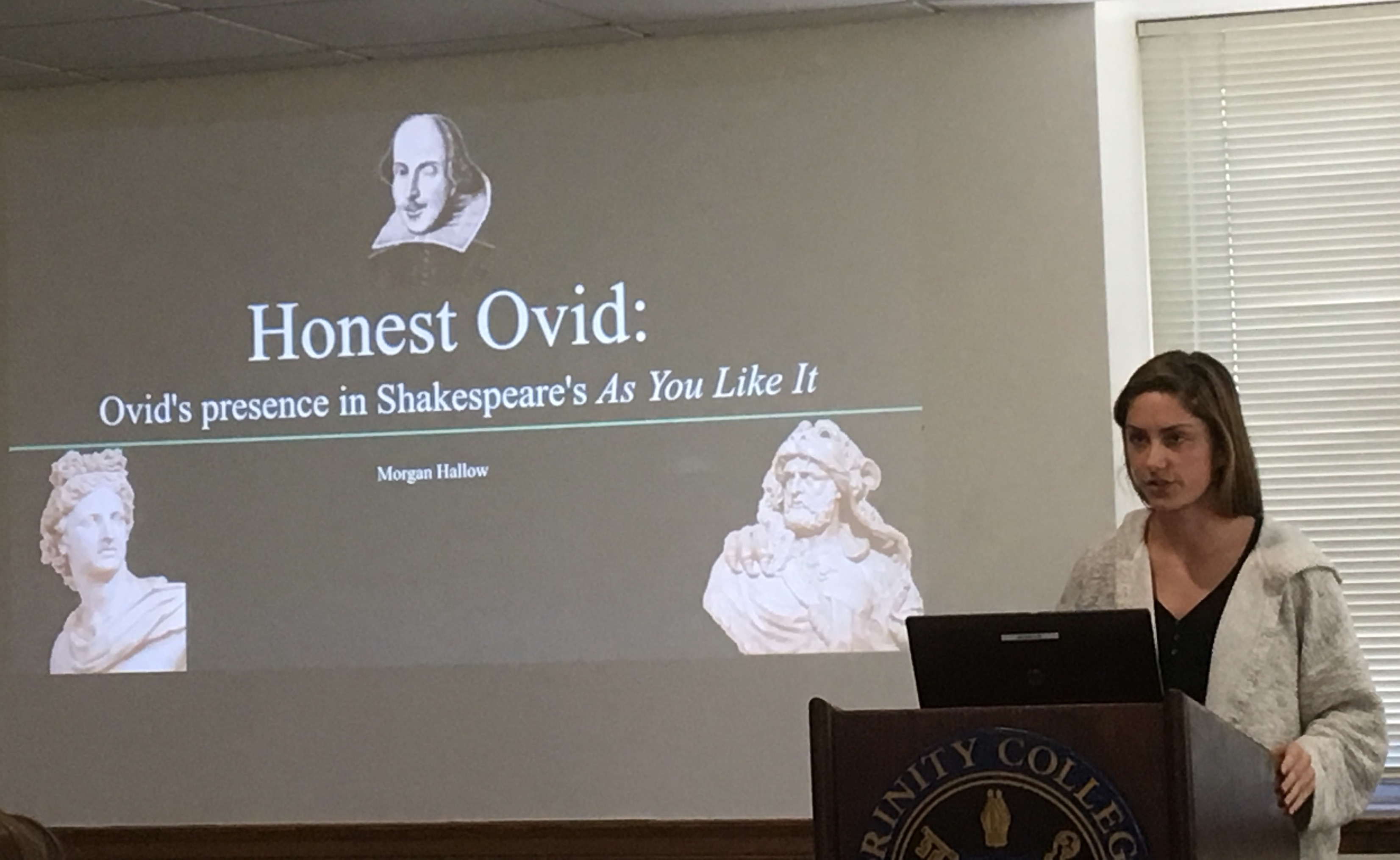 Morgan Hallow’s project, “Honest Ovid: Ovid’s Presence in Shakespeare’s As You Like It” examined the influence of the Roman poet Ovid’s love poetry on the English playwright William Shakespeare. 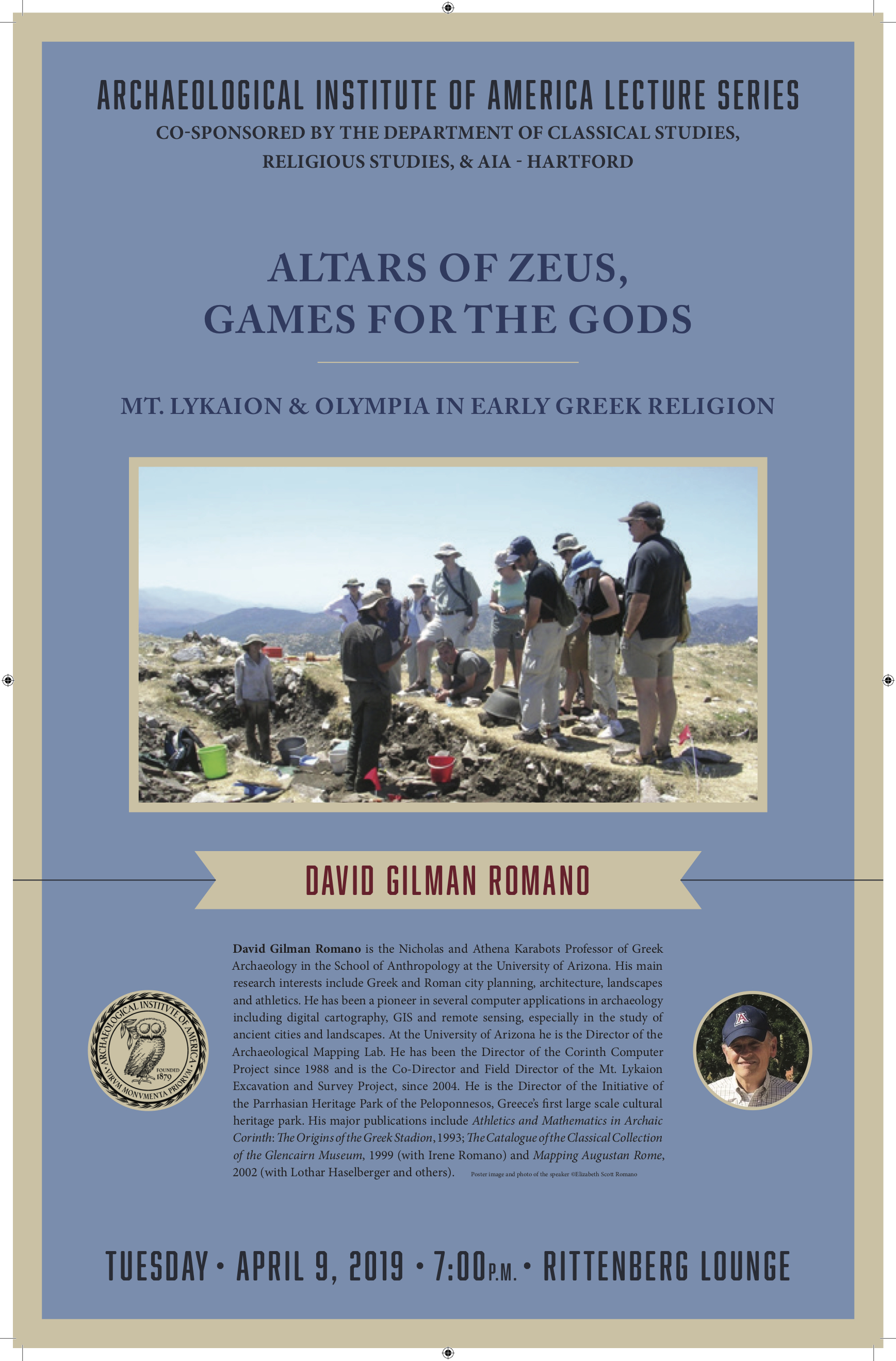 On Tuesday April 9th, Dr. David Gilman Romano, Nicholas and Athena Karabots Professor of Greek Archaeology at the University of Arizona, visited Trinity College to deliver an Archaeological Institute of America lecture. The title of Dr. Romano’s lecture was “Altars of Zeus, Games for the Gods: Mt. Lykaion and Olympia in Early Greek Religion.” Dr. Romano spoke to us about the decades of research he and his team have done at the ancient site of Mount Lykaion, a sanctuary in the Greek Peloponnese, near to the location of another site of athletic contests, Olympia.

Dr. Romano spoke about his team’s excavations of Mount Lykaion, most strikingly the animal bones that they’ve found at the site (98% goat and sheep and 98% burned as sacrificial offerings!). From this research, they’ve concluded that Mount Lykaion site is older (perhaps by as much as 500 years!) than the nearby site of Olympia, and that there might be a link between the two sites, perhaps via the inhabitants of the nearby site of Palaiokastro.

Thank you, Dr. Romano, for sharing your research with us! 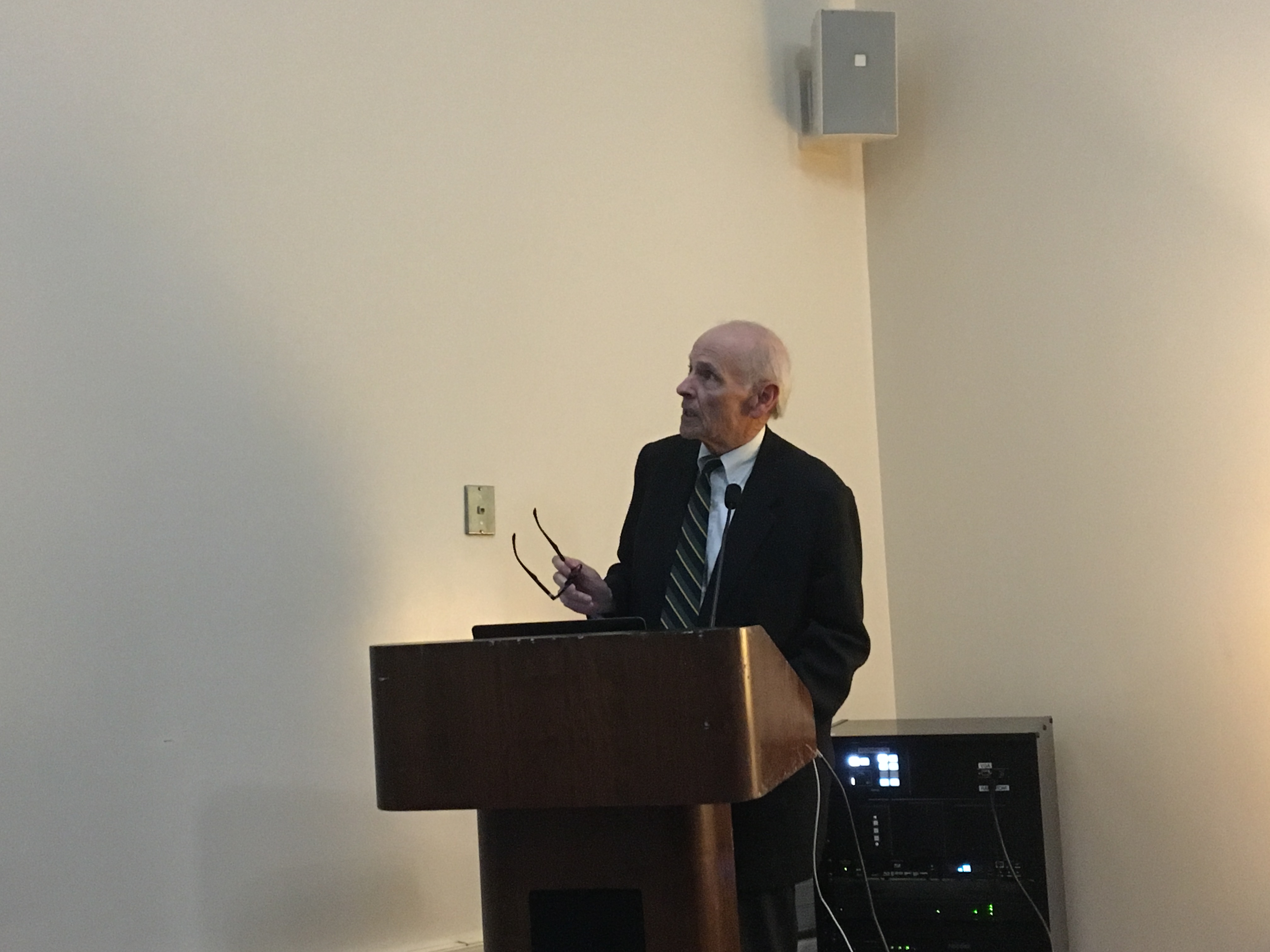 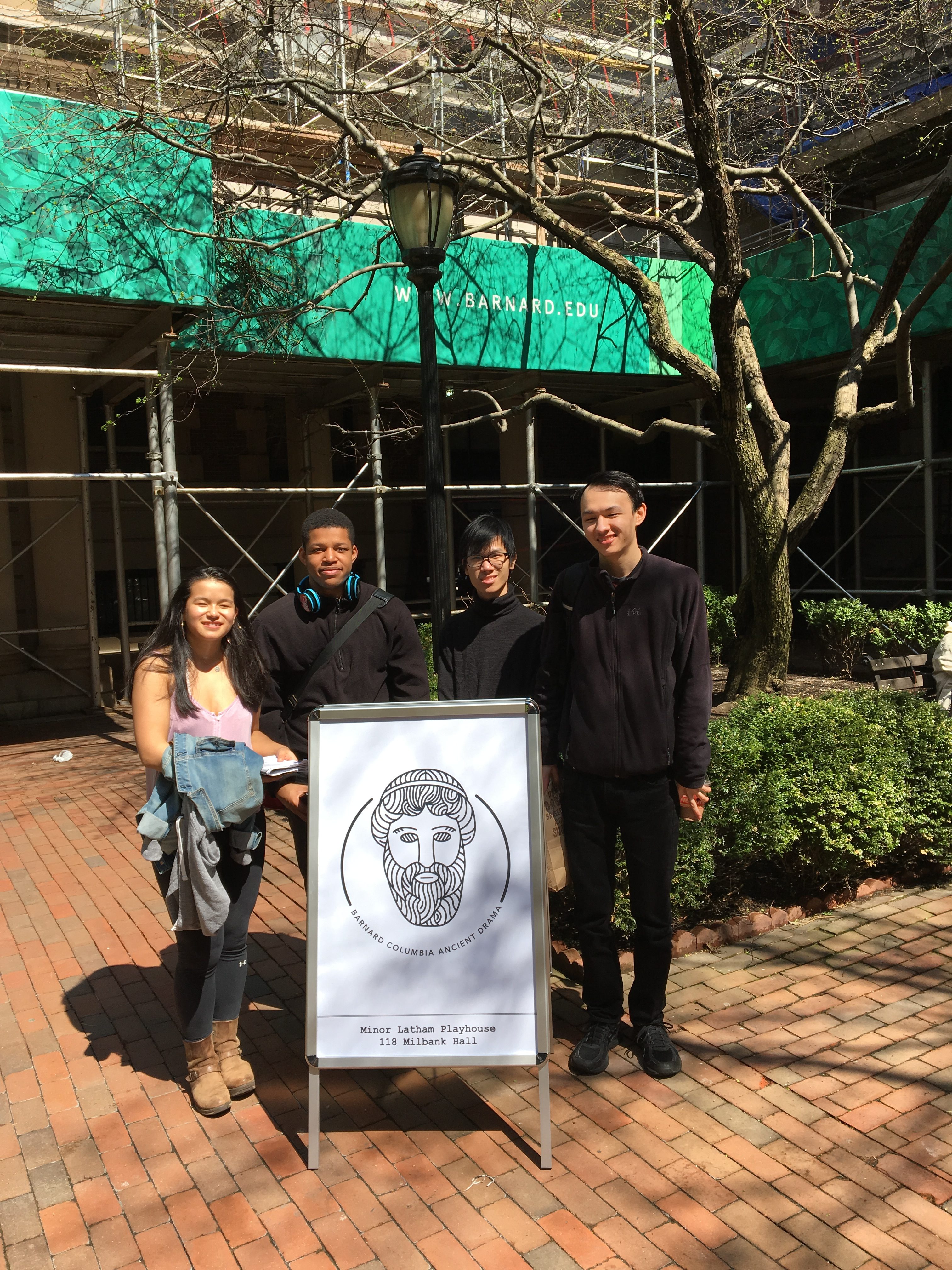 On Saturday April 6th, Trinity Classical Studies professors Vincent Tomasso and Lauren Caldwell took four students to see a production of Euripides’ fourth-century BCE tragedy Heracles by the Barnard Columbia Ancient Drama group. The students (from left: Trea Mannello, Kyré William-Smith, Game Boonyawat, and Philip Jaeggi-Wong) enjoyed a sunny day in New York City, great food, and, above all, an excellent production of Euripides’ play, presented in the original ancient Greek with English supertitles. Every year the Barnard Columbia Ancient Drama group stages a performance of an ancient Greek or Roman play that’s performed entirely in the original language. The performances are always excellent, but this year there was the added bonus of hearing Calum Armstrong perform on the ancient instrument, the aulos, as well as the on-stage goddesses Iris and Lyssa (who causes the title character to go insane and kill his family): 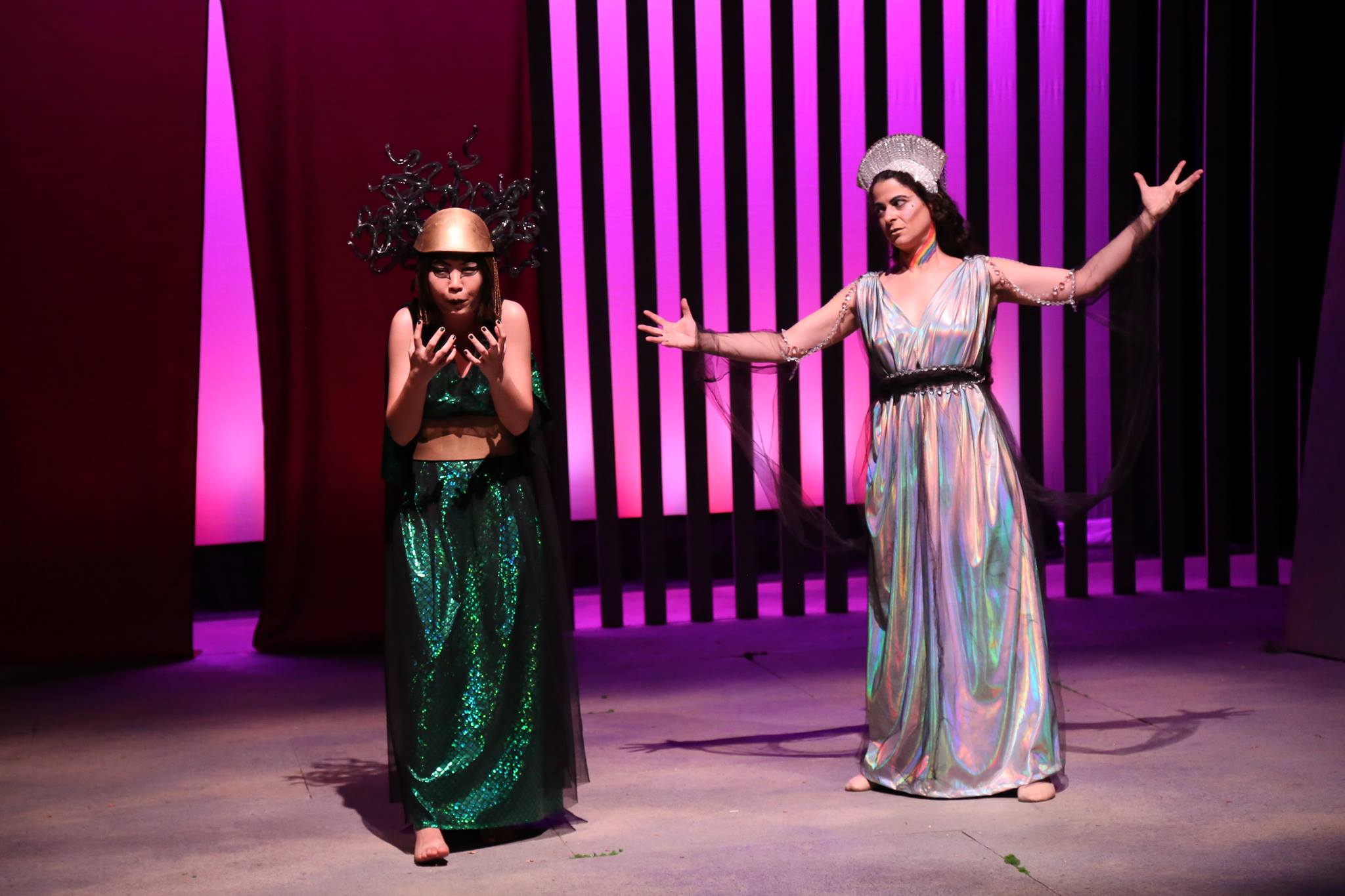 Thank you to Trinity’s Dean’s Office for generously funding this trip!