From upstart major to launchpad for success
By Maura King Scully

The year was 1990. President George H. W. Bush had just declared 1990-1999 “The Decade of the Brain” to build public awareness of the growing benefits of brain research.

“All of a sudden people started talking about different regions of the brain — the hypothalamus, the hippocampus — the brain was no longer this black box,” explains Priscilla Kehoe, then a faculty member in Trinity’s Psychology Department.

Kehoe had already noticed a burgeoning interest in the brain at the College. A researcher with a Ph.D. in what was then known as physiological psychology, she says, “I taught courses on drugs and behavior, and clinical neuroscience. Students loved them.” An increasing number sought her out each year, asking her to serve as their adviser for a student-designed interdisciplinary major that she called psychobiology.

Though it wasn’t planned, the dawn of “The Decade of the Brain” coincided with the College’s formalization of psychobiology into a full-fledged major called neuroscience. Trinity’s program became “one of the first neuroscience programs at a liberal arts college in the country,” says Kehoe, who is now director of research at the UCLA School of Nursing. The new major wasn’t without controversy, however. “There were naysayers who thought neuroscience was just the popular thing at the time. ‘Trinity is a liberal arts college,’ they said. ‘What are we doing with a neuroscience program?’ It was a fair question.” 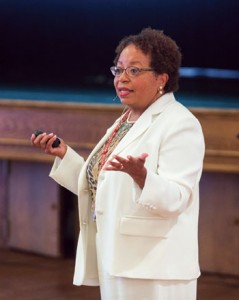 Joanne Berger-Sweeney, President and Trinity College Professor of Neuroscience, kicks off the neuroscience program’s 25th anniversary with a Common Hour talk on September 17, 2015, about her research into autism. To hear a podcast from this event, visit our Soundcloud library. Photo: John Marinelli

Trinity as a Trendsetter
Today, anyone wondering about neuroscience’s place at Trinity need look no further than the President’s Office: Joanne Berger-Sweeney is a neuroscientist. In fact, she kicked off the program’s yearlong 25th anniversary celebration in September with a talk, “Of Mice and Men and Girls and Autism: Insights from 15 Years of Studying the Neurobiology of Mouse Models of Autism Spectrum Disorders.”

With an early start and broad-based support, Trinity became a trendsetter. In 1996, Kehoe co-founded NEURON (Northeast Undergraduate Research Organization for Neuroscience), along with colleagues from Bates College and Connecticut College. NEURON held a regional conference, giving undergraduates a forum where they could present their research, which Trinity hosted for the first three years. (Today, more than 30 schools from all over the region attend the annual NEURON conference.) The early success of NEURON drew the attention of Project Kaleidoscope (PKAL), a national organization dedicated to advancing the study of science, technology, engineering, and mathematics. PKAL invited Trinity to host a national conference to advise other small liberal arts colleges on starting neuroscience programs.

“Neuroscience at Trinity was a rich, full program right from the start,” says Raskin. “It speaks to Trinity’s support for interdisciplinary work.” She points out that neuroscience was (and still is) among the most interdisciplinary of all majors, blending biology, psychology, chemistry, engineering, and philosophy. Today, Raskin notes, “Trinity continues to be a leader, demonstrated by innovations like the fast-track master’s program.” Launched in 2013, the five-year B.A./M.A. program provides Trinity students with an opportunity uncommon at a liberal arts college to conduct additional research and to strengthen their applications to medical school or Ph.D. programs.

Celebrating Success
“The yearlong 25th anniversary observance is a chance to celebrate the success of this program. It also gives us an opportunity to celebrate the incredible accomplishments of our graduates,” Raskin says. 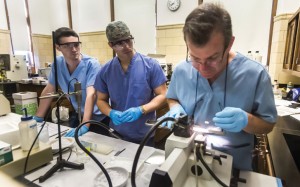 Those graduates include Arko Ghosh ’04, a group leader at the Institute of Neuroinformatics at the University of Zurich and ETH Zurich, whose groundbreaking research on smartphones was published in the January 2015 issue of Current Biology. “We found that extensive use of smartphone touchscreens is changing the relationship between our brains and our thumbs,” Ghosh says. He and his fellow investigators believe this is evidence that the “contemporary brain is continuously shaped by the use of personal digital technology.”

Another graduate is Elizabeth Chua ’01, assistant professor of psychology at both Brooklyn College and the Graduate Center, City University of New York. Another rising research star, she is using brain imaging, eye tracking, and brain stimulation to investigate how memories work, including memory distortions. “People think of memory as a recording of the past,” Chua says. “It’s not like that at all. Your brain reconstructs a memory, literally pulling it together from all these different pieces. You may mistake things.”

Deniz Vatansever ’10 is a Ph.D. candidate in clinical neurosciences at Queens’ College, University of Cambridge. He is currently involved in research on the default mode network, an area of the brain active during resting-state conditions. “We know that this area changes shape in people who are in a coma. We’re trying to decipher what it does and its contribution to working memory,” he explains.

All three graduates credit Trinity’s neuroscience program with launching them on research careers. “Trinity was where I learned I love research — the thrill of testing a hypothesis in different ways,” says Vatansever. “Trinity also taught me how to write, which has been incredibly important.” 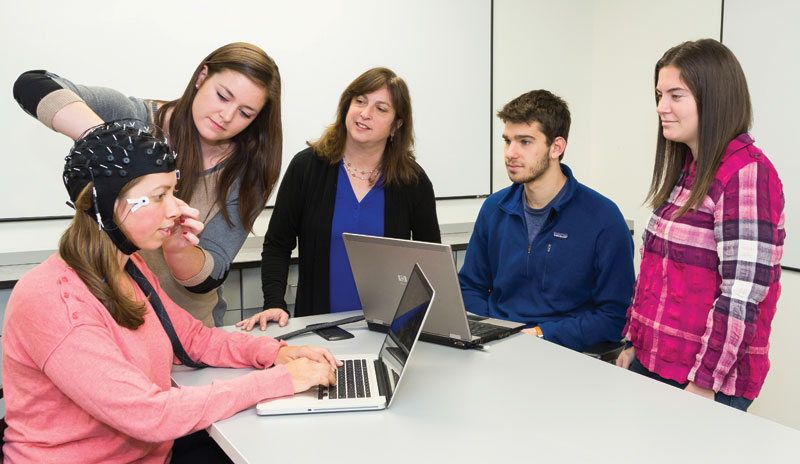 Chua notes that Professor Lloyd connected her with a collaborator of his who was doing early brain imaging work with functional magnetic resonance imaging (fMRI). “I had the advantage of working with fMRI data when it wasn’t common. That led to my getting a job at Brigham and Women’s Hospital/Massachusetts General Hospital and then doing my Ph.D. at Harvard.” Of the program’s 25th anniversary, Chua says, “It shows how far neuroscience has come as a field. It’s impressive that Trinity, as a small liberal arts college, has been a leader in promoting undergraduate research in neuroscience in the U.S.”

Says Ghosh, “It shows some amount of courage to offer a dynamic new major in a field that’s changing so rapidly. Neuroscience as a discipline and Trinity’s neuroscience program have matured together.”

From her perspective in California, Kehoe considers the 25th anniversary of neuroscience at Trinity quite an achievement. “It’s a testament to what a great school Trinity is,” she concludes. “I look at all of these graduates, the inroads they’re making into neuroscience, the knowledge they are advancing and will pass on, and I’m so glad we launched the program when we did.” 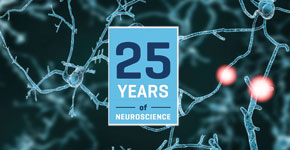 Visit neuro25.trincoll.edu for a complete listing of events and to register for The Brain Event, a full-day event celebrating 25 years of neuroscience at Trinity College on Saturday, April 2, 2016.