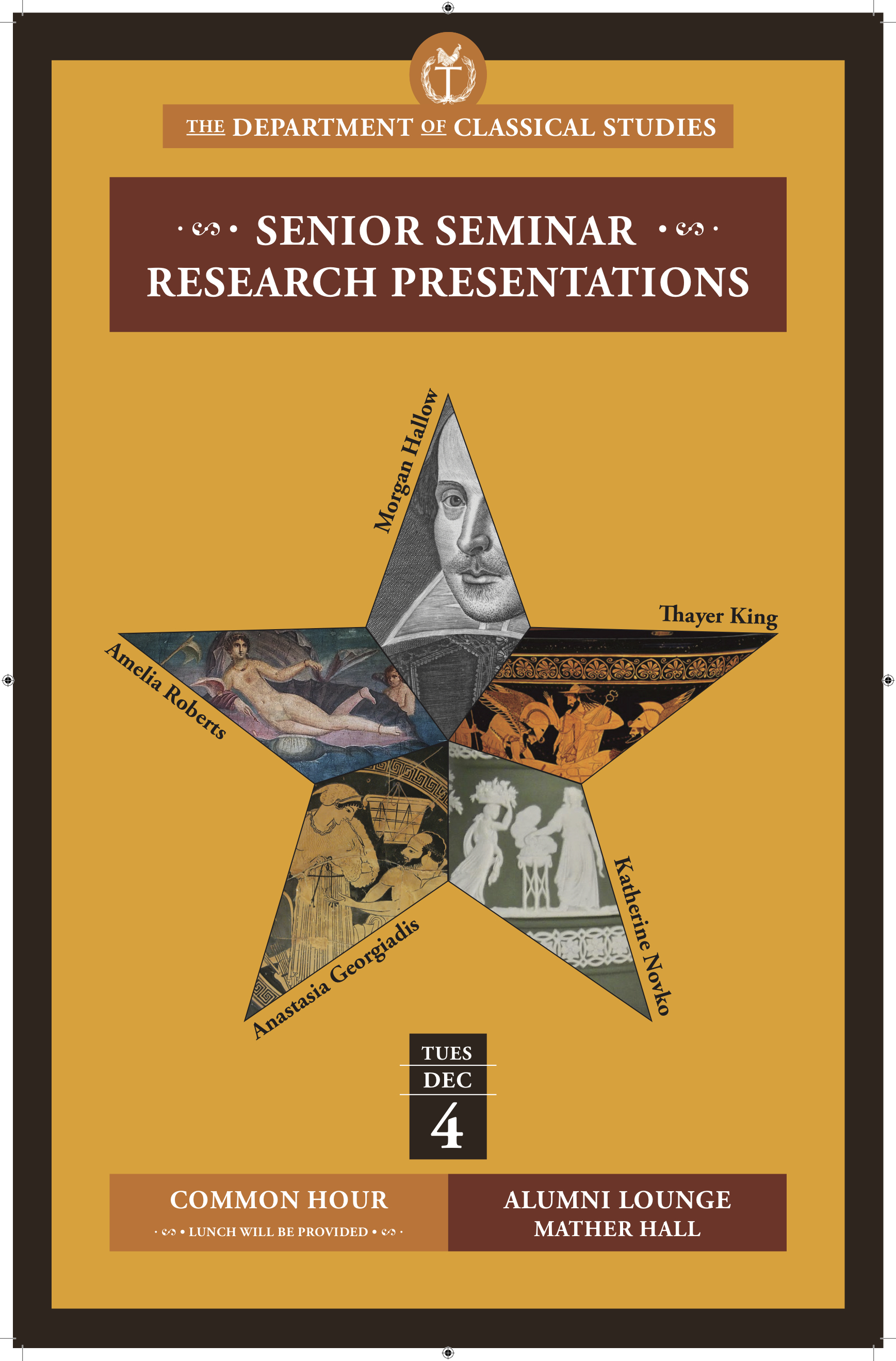 Trinity College’s Classical Studies senior majors presented their final research projects on Tuesday, December 4, 2018. The four seniors did research on these projects for almost six weeks leading up to these presentations and each will write a longer paper that will go into more depth into their respective topics.

Amelia Roberts presented on the darker side of the mythology of Aphrodite. She focused on the Homeric Hymns as well as Hesiod’s creation story from Theogony to show how modern-day conceptions of Aphrodite as simply the “goddess of love” omit the ancient understanding of the goddess as a chaotic, almost primordial, force.

Katherine Novko shared her interest in the relationship between Wedgwood ceramics and social mobility during the Victorian Era in Great Britain. She explored the similarities between Wedgwood’s designs and those from antiquity, specifically ancient Greece. Ultimately these objects, according to Novko, are used to signify knowledge of the ancient world and would thereby function as a means of signifying class status.

Thayer King narrated the movement of the Euphronios Krater from its alleged origin site, to its short stay at the Metropolitan Museum, until its eventual and compulsory return to the rightful owner: Italy. King was also interested in the various international laws concerning the looting of historically significant archeological sites and the impact thereby created in doing so both from an economic viewpoint as well as from a scholarly viewpoint. 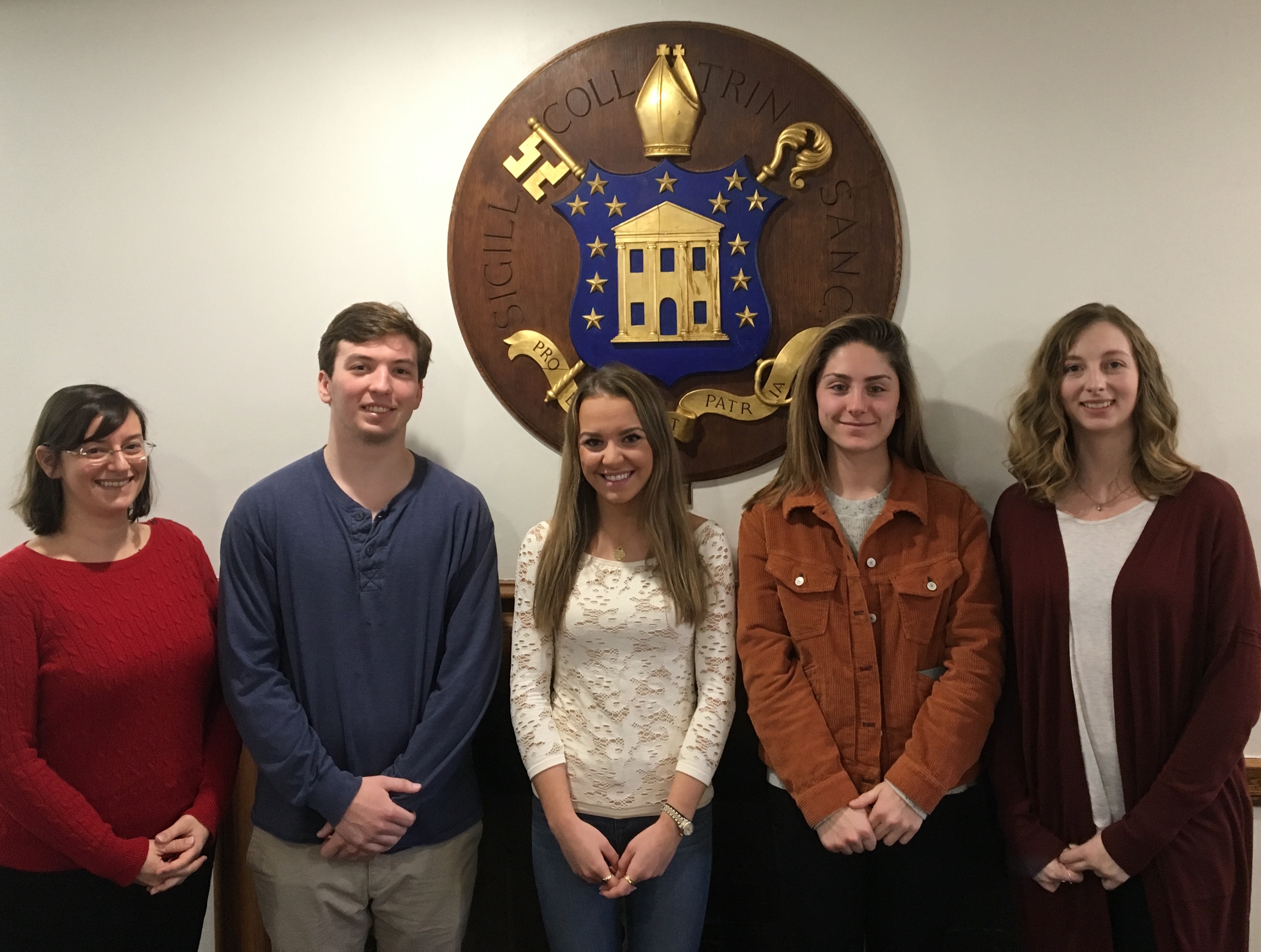