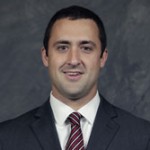 Trinity hired Keith Maurice as its new head women’s ice hockey coach in August 2015. Maurice, the sixth head coach in the history of the program, came to Hartford after several successful years as an assistant coach at The Ohio State University. Maurice takes the reins of a Bantam women’s ice hockey program that finished the year with an 18-7-2 mark, won its first NESCAC crown, played in the NCAA Quarterfinals, and entered the year as the No. 7-ranked team in the nation. 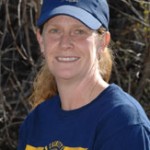 Trinity also announced the promotion of Renee Jones to the position of 2015-2016 interim head women’s rowing coach in August. Jones guided the Trinity novice eight to second place at the New England Rowing Championship (NERC) Regatta and a first-place finish at the ECAC National Invitational Regatta in her first season and led the novice boat to an undefeated campaign in 2014. Jones coached the third varsity to silver medals at both the ECAC and the NERC regattas and guided Trinity’s second varsity to third place in the 2015 NCAA Division III Championship Regatta last spring. 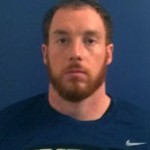 Bill DeLongis joined the College in the fall of 2015 as the Athletic Department’s strength and conditioning coach. DeLongis came to Trinity from Division I Stony Brook University in Long Island, where he was the assistant director for athletic performance and worked directly with the volleyball, women’s basketball, men’s lacrosse, and baseball teams and assisted with football.