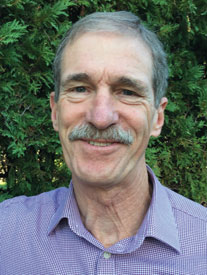 FAVORITE TRINITY MEMORY: Am I allowed only one? I played soccer and baseball and have great memories from being on those teams. Beating West Point in the NCAA soccer tournament in 1967 was a thrill. However, it is the personal relationships I started while at Trinity that are the most enduring. I met my wife, Beth Kofron (Mount Holyoke ’70), and formed lifelong friendships that I cherish as much today as I did then. Thinking back to our shared experiences still warms my heart and sometimes makes me laugh out loud. Other incidents cause me to shake my head and wonder, “What were we thinking?”

What do you do in your roles at the Brown Institute for Brain Science and the Norman Prince Neurosciences Institute? I help build interdisciplinary research programs, focused on diseases and disorders of the nervous system, that engage scientists on the Brown campus and clinicians and clinical researchers in the hospitals affiliated with Brown’s Alpert Medical School. We are creating pathways to transform basic science discoveries into benefits for patients. It is a long process that requires lots of talented people, patience, perseverance, and financial and institutional support

What do you enjoy most about your field? Neuroscience is an exploding field. Advances in our understanding of the brain and nervous system over the past 40 years have been truly astounding thanks to the development of amazing new technologies. Researchers can now manipulate genes in experimental animals to mimic human diseases, and they have tools to image functional activity in the brains of people while they think, speak, or perform other behaviors. It is even possible to use brain signals from paralyzed patients to control devices like a robotic arm. With these types of tools, neuroscientists are rapidly getting to the point where they will be able to understand the brain and its diseases with enough depth to develop effective therapies for conditions that have been largely untreatable, like Alzheimer’s disease, ALS, brain tumors, and paralysis. To be part of this effort is exciting and inspiring.

What are the biggest challenges you face? The biggest impediment that I see to rapid advancement in neuroscience, and other life sciences, is the reduction in federal support for biomedical research, which has declined almost 50 percent over the past 10 years (in inflation-adjusted dollars). Scientists now spend almost half of their time writing grants, and young, highly trained researchers have trouble finding jobs. If the United States wants to remain at the forefront of biomedical research, make the key discoveries, and develop the next generations of therapies, the government will have to increase its investment in research. It is very frustrating.

Trinity’s neuroscience program is celebrating its 25th anniversary this year. What would you tell today’s neuroscience graduates about your field? I am proud that Trinity had the foresight to develop a neuroscience major before most of its peer institutions, and its growth on campus is impressive. For new graduates seeking neuroscience-related careers, my advice is: “Jump on and hang onto your hats!” The discoveries that will be made during their careers will be mind-boggling!

Was there a professor during your time at Trinity who was particularly influential? If so, who was it, and why? Although I was a biology major, the professor who most influenced my career choice was a psychologist, George Higgins. He taught a very popular course on abnormal psychology. He was an inspiring lecturer, and the topic was fascinating. He got me interested in the science of the brain and was key to one of my most memorable college experiences. I was part of a small group that did an independent study under Professor Higgins designing a sex-education course that we taught in an adult-education program in Hartford. We had a lot of fun and built a great course. However, teaching it to adults and dealing with their reactions to some topics was a real eye-opener for us inexperienced, naïve college students. Believe me, people’s reactions to everything from birth control to LGBT issues were very different in 1970.

How did your experience at Trinity help prepare you for what you do now? Trinity provided me with a broad education and a solid base in science. I was continually challenged to think logically and to write clearly. I began to develop scientific interests at Trinity that were refined during graduate school and grew into a terrific career. That’s exactly what a liberal arts college should do.