Cloudless and still, the afternoon of Thursday, September 3, settled upon Hartford like a warm blanket. Many of the more than 560 new students seated with their parents on the Main Quadrangle were grateful for the shade of Trinity’s storied elms. 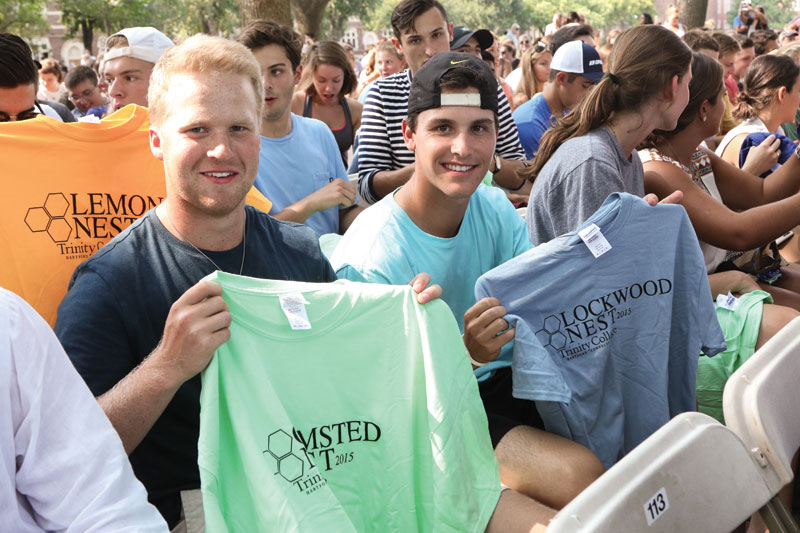 The College was formally launching its 192nd academic year with the pomp of the traditional President’s Convocation, and the full cast of its leadership, resplendent in academic regalia, was on hand to welcome the new students. A few minutes into the ceremony, Maximillian Le Merle ’16, president of the Student Government Association, approached the lectern. Only three years older than the first-years, he was nonetheless burnished by the transformative experience of his undergraduate education, and he had some advice for the Class of 2019.

“Don’t be afraid to experiment,” he advised them, espousing the truest path to enlightenment offered by the liberal arts experience. “Explore outside your comfort zone. Get involved.”

Le Merle’s sage counsel could not have set the stage any better for the new program President Joanne Berger-Sweeney was about to introduce. As she faced the new class following her own formal address later in the ceremony, Berger-Sweeney invited them to open the special parcels, wrapped in brown packing paper and tied with ribbon, that they had received at first-year check-in only hours before Convocation began. Loud whoops went up from the students as they revealed the colorful T-shirts, in one of 10 distinctive hues, that would serve as their tickets to a highly anticipated new program.

Designed to Ensure Success
The Bantam Network is the result of a student competition introduced by Berger-Sweeney in December 2014. Five teams of students — including Summit Scholars, President’s Fellows, and those nominated by the Dean of Students Office — were charged with designing mentoring networks that would strengthen the interaction of Trinity students with each other, the College, and the city of Hartford. After developing their individual concepts during the first six weeks of the spring 2015 semester, the teams presented them to a panel of judges; the winning team was announced at the President’s House in March.

“Although the Bantam Network was the winning concept, we incorporated ideas from other proposals into the network that was ultimately implemented this fall,” explains Molly Thoms ’17, a Summit Scholar who was the leader of the original Bantam Network team and who assisted in developing the concept after the March presentation and through the summer. “Its intent is to unite students from thematically different first-year seminars into residentially based groups called ‘Nests’ that build camaraderie and bring many of the terrific resources that the College has to offer directly to new students starting with their first semester on campus.” 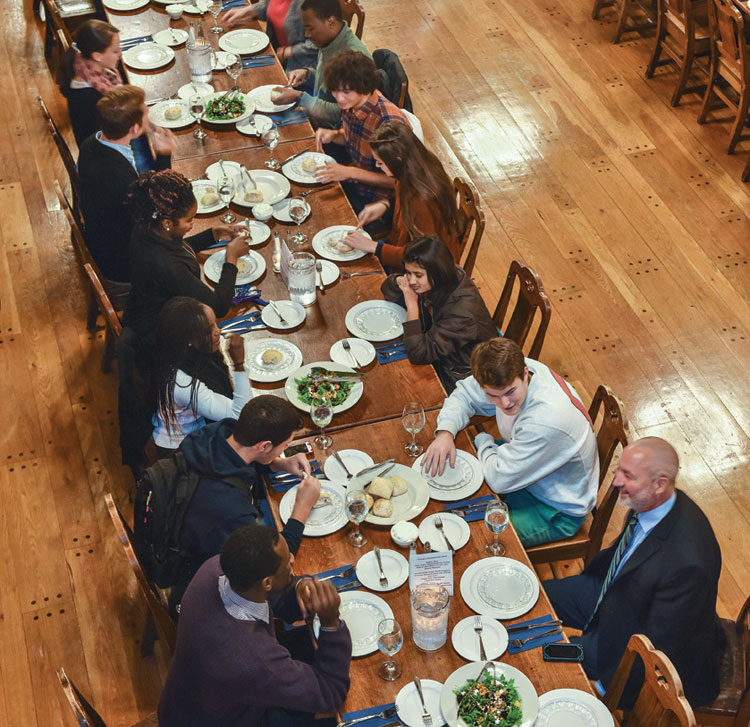 Members of the Lockwood Nest enjoy a Sunday Night Dinner in Hamlin Hall in October. All 10 Nests took part in monthly dinner gatherings throughout the fall 2015 semester. Photo: Richard Bergen

Named for persons, places, or objects of significance in Trinity’s history, the Nests are made up of 45 to 70 students who are enrolled in quartets or quintets of Trinity’s first-year seminars and who live together in dedicated residences. This arrangement is designed to foster scholastic engagement outside the classroom, a greater sense of community within the living spaces, civic engagement with Hartford, and school pride.

In doing so, the Bantam Network aims to connect students to their peers, creating an immediate sense of belonging and supporting them with tools and a network of academic and residential mentors who will inspire them to cultivate knowledge and equip them to succeed, both during their undergraduate experience and after graduating. “Each Nest is supported by a team of mentors who work together to create a range of activities — both on campus and in Hartford — to provide you with a sense of belonging,” Berger-Sweeney told the incoming class at Convocation. “Always remember, you belong here.”

Joe DiChristina, Trinity’s new dean of campus life and vice president for student affairs, has been engaged in the development of the new program from the moment he arrived on campus in July 2015. “The Bantam Network should come as no surprise to anyone who knows President Berger-Sweeney,” he says. “She’s a neuroscientist, interested in how people network and connect. When she was interviewed for the presidency, collaboration was one of the things she talked about. It is central to the success of the Bantam Network.” 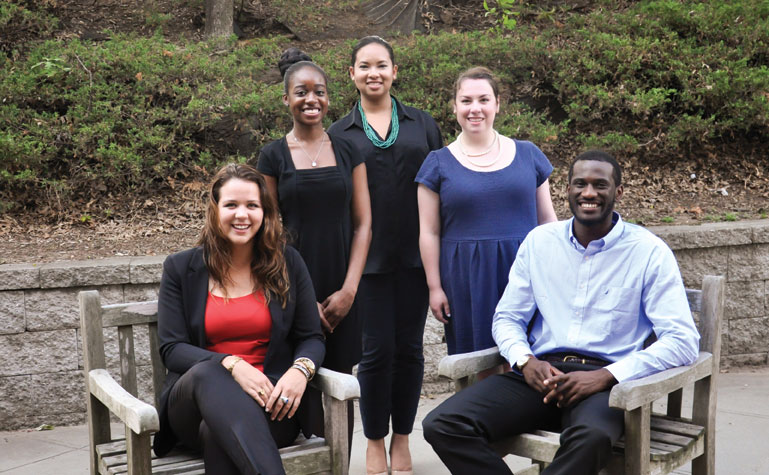 By Students, For Students
The Bantam Network was designed by students for students. And it is still being created, on a day-to-day basis, in response to students’ needs and desires. While new students are encouraged to seek out faculty members and upper-year students who can serve as mentors for them, the front line of institutional support through the Bantam Network is made up of five “Trinsition” Fellows, whose responsibility is to oversee two Nests each and to help the incoming students quickly and successfully transition to college life. Four of the five — Alex Conaway ’15, Chanel Erasmus ’15, Taniqua Huguley ’15, and Consuelo Pedro ’15 — graduated from Trinity in May. The fifth, Meredith Friedman, is a 2011 alumna of Bates College.

DiChristina has gotten to know the Trinsition Fellows through their intensive training and weekly meetings, during which they discuss a wide range of Bantam Network issues. “When the Trinsition Fellows were hired, we spent a week talking with them about the big picture of Trinity as it relates to their jobs,” says DiChristina. “They were all prepared to run with the ball. At the core of the Bantam Network’s success is their energy. They spent hours meeting with all the students and their families as they arrived. And they have worked tirelessly since then. They love this place.”

A month into the Bantam Network’s existence, Pedro reports, “The weekly Nest events have helped to take away the awkwardness of the first weeks by providing structured social settings where new friendships can grow. The common spaces are always buzzing with activity. Students are doing homework, chatting, playing music, and cooking together instead of staying in their rooms.”

New students also have reached out to Pedro and the other Trinsition Fellows for advice on joining and starting clubs and introductions to upper-year student leaders. “I have witnessed a sense of initiative that was usually seen in sophomore students,” Pedro says. 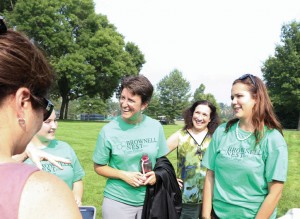 Erasmus says she thinks she has “the most fulfilling job in the world,” adding, “I get to help students make some of the most important decisions of their college careers and to help them feel a part of a community from the day they walk on campus. In the first month of the Bantam Network, first-year students are already embracing the city of Hartford and everything the campus has to offer. They will become the leaders of this community and truly embrace what it means to go boldly and be engaged.”

New students confirm this assessment. “The Bantam Network has generated a lot of positive energy,” says Selina Ortiz ’19, of the Bronx. “There are lots of fun activities designed to develop a sense of community, and it works.”

Donald L. McLagan Scholar Casey Crowley ’19, of Cleveland, Ohio, gives the Trinsition Fellows high marks. “They have been very helpful,” she says. “What makes them especially helpful, I think, is the fact that they are not professors. I’ve found my professors very nice, but it can be intimidating to talk with professors about some things. The Trinsition Fellows are close to our age. They understand what we’re going through.”

Simran Sheth ’19, of Mumbai, India, echoes Crowley’s point. “The Trinsition Fellows have recently had an experience similar to ours. They are open to our ideas and questions and very devoted to the Bantam Network.” 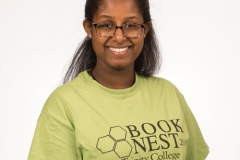 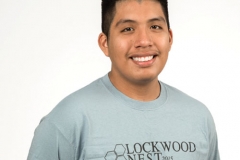 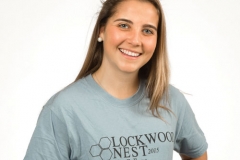 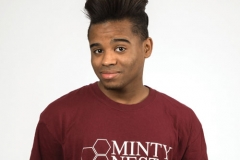 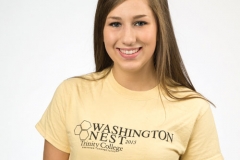 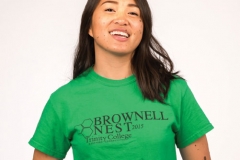 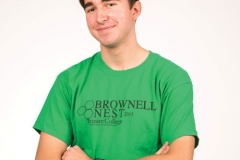 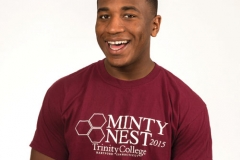 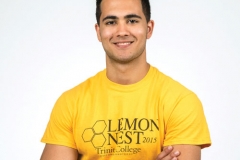 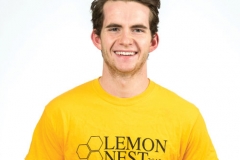 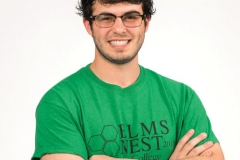 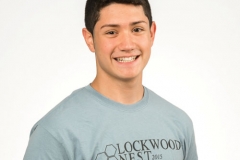 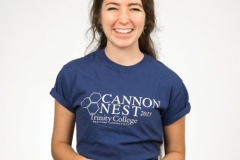 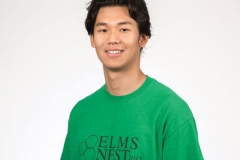 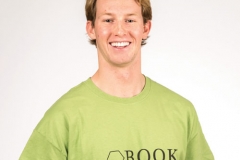 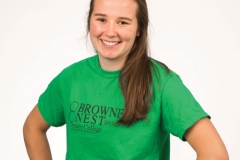 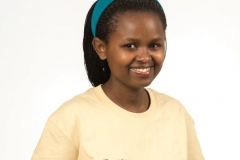 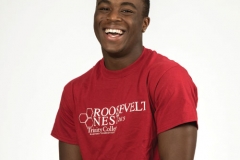 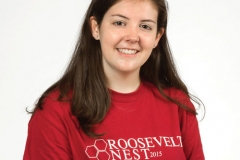