Religion as a feature in public discourse has experienced a resurgence in our time. The religious right, same-sex marriage, abortion laws, radical Islam — these days it seems that some aspect of religion is always in the news.

The Greenberg Center operates outside any department but under the umbrella of the Trinity Program on Public Values, which also includes the Institute for the Study of Secularism in Society and Culture, established at Trinity in 2005. This year marks the center’s 20th anniversary, and Director and Professor of Religion in Public Life Mark Silk couldn’t be prouder of what’s been accomplished.

A former journalist with a Ph.D. in medieval history from Harvard University, Silk has led the center since its inception. He was initially drawn to the endeavor by a phone call from then-Associate Academic Dean Ron Spencer, who believed Silk — the author of Unsecular Media: Making News of Religion in America and Spiritual Politics: Religion and America Since World War II — was a great fit for the position. “I had had a rather checkered career up to that point,” says Silk with a chuckle. “I got my doctorate thinking that I would be an historian, but after I co-authored a book with my dad (former New York Times economics columnist Leonard Silk), I decided I wanted to write about the present and got a job with The Atlanta Journal-Constitution.” Silk spent nearly 10 years with the paper as a reporter, editorial writer, and columnist — authoring two books along the way — before deciding he was ready for something new. Spencer’s call came at just the right time. 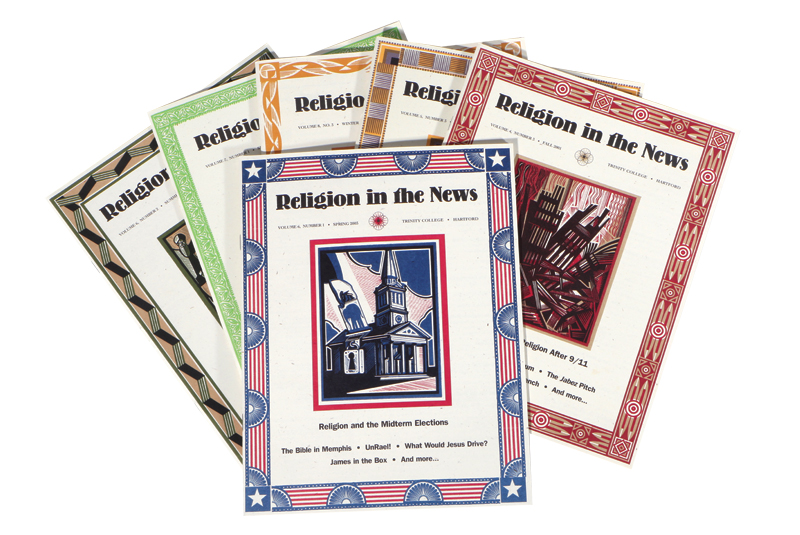 Silk leads the center with Associate Director Andrew Walsh ’79, managing editor of the center’s online magazine, Religion in the News, who has taught religion, American studies, and urban studies at Trinity. Working with a handful of undergraduate fellows, Silk and Walsh explore the numerous, and constantly evolving, intersections of religion and public life through a revolving series of lectures, conferences, and workshops. The center also hosts an annual distinguished visiting fellow, who travels to campus and interacts with the community for a week. The center responds to current events as well, offering programs around developing stories such as the Paris bombings or recent ISIS attacks. “We try to be light on our toes,” Silk explains. “If there’s breaking news, we’ll get a panel together within a week to discuss the situation.”

In the early days, the center focused on journalistic coverage of religion in public life, a sweet spot for Silk’s background and experience and an area of interest for early granting institutions, including the Lilly Endowment and The Pew Charitable Trusts. But in 2001, Silk and Walsh decided to expand their focus to include scholarly research projects. In celebration of its 20th anniversary, for example, the center brought four distinguished scholars to campus for a September 2016 panel discussion, “From the Religious Right to the Rise of the Nones: 20 Years of Religion in American Public Life.”

Discussions such as this have energized the center since its founding in 1996, a time when few others were formally addressing religion in public life. In the years since, says Silk, a number of institutions have joined the conversation, including notables such as Princeton University’s Center for the Study of Religion, Boston College’s Boisi Center for Religion and American Public Life, and Washington University’s John C. Danforth Center on Religion and Politics. The Greenberg Center remains a vital contributor to the discussion. “Outside of the university research centers, we really have no equal,” Silk asserts. “While we certainly encourage interfaith ‘good feelings,’ our main goal is to foster an understanding of religion in public life, on all sides. Our approach is nonsectarian and nonpartisan. We’re an academic center that’s committed to exploring what’s going on in the world and sharing our findings truthfully, without regard to whether a particular group is pleased or displeased.”

Mark Massa, incoming director of Boston College’s Boisi Center for Religion and American Public Life, says it was “canny of Trinity to choose Mark” as director of the Greenberg Center. “He possesses the accessibility of a smart journalist in explaining why the sometimes arcane-sounding points of religious debate are important for people, but he is also a superbly trained scholar who ‘gets’ the nuance in theological discussions and can more than hold his own in academic discussions,” Massa says. 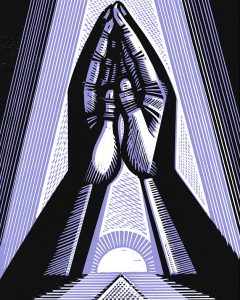 In addition to organizing public events, the center also supports the publication and dissemination of written works such as the nine-volume series Religion by Region, a survey of eight geographic regions around the United States, together with a summary volume, that was directed to a mixed audience of journalists, academics, and the general public. “The center has the capacity to put together groups of experts who can write on topics in a way that’s accessible to a general audience,” notes Silk. “Our goal is to talk to ordinary people in sophisticated ways.” Work is currently under way on a second multivolume series, The Future of Religion in America. The first volume, The Future of Evangelicalism in America, co-edited by Silk and Indiana University Professor of

Religious Studies Candy Gunther Brown, was published in April of this year by Columbia University Press.

Silk’s expertise lends itself well to such undertakings, says Boston College’s Massa. “Mark’s skill set represents a rare blend of popular (in the best sense) and academic knowledge and has helped make the Greenberg Center something like the gold standard for people who are interested in following religious issues but who also demand smart analysis and commentary. Mark has accomplished that with verve and even a measure of intellectual elegance. Kudos to him — and to Trinity — for serving both the academic world and the larger public so well and so consistently.”

Patricia O’Connell Killen, academic vice president of Gonzaga University, is equally enthusiastic about the center’s contributions to public discourse. “I first became involved with the Greenberg Center as co-editor of a volume for its Religion by Region project,” says Killen. “Through Religion in the News, its conferences, symposia, and publishing projects, the center has brought insightful, intelligent perspectives to our understanding of how religion is present and operates in public life, social conflict, and communal self-understanding. The center’s analyses are informed by current scholarship in the study of religion and a deep appreciation for the particularities of religious traditions. That combination is key to its contributions to our understanding of religion in our time.”

For more on the Greenberg Center, please visit http://www.trincoll.edu/Academics/centers/GreenbergCenter

From the religious right to the rise of the Nones 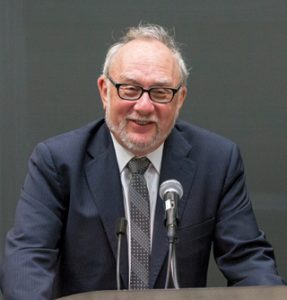 Twenty years ago, the religious right created the Greenberg Center.

Not directly, of course. But by the mid-1990s, it was clear that religious conservatives — and the social issues that animated them — had made a home in the Republican Party. For the first time in American history, the nation was divided between a more religious party and a less religious one. What more important subject could there be for the new Center for the Study of Religion in Public Life to study?

Not that there haven’t been other important ones.

American awareness of the emergence of political Islam — Islamism — dates to the Iranian Revolution of 1979, but what placed it front and center were the attacks of September 11, 2001, the consequences of which for foreign and domestic policy can hardly be overestimated.

The abuse scandal in the Catholic Church occurred in a similar time frame. The first serious reporting on the subject took place in the 1980s, but it was The Boston Globe’s investigative series on abuse and cover-up in the Archdiocese of Boston that turned it into the most serious challenge to the church since the Protestant Reformation.

These mega-stories have made religion a major player in the public life of the country for the past two decades and, in my judgment, not for the better. The harm the abuse scandal has done to the largest religious institution in the world has been incalculable. Islamism has done little to improve the lives of Muslims and has brought out some of the worst in the foreign policy of non-Muslim nations. The religious right has done the American political system no favors.

All of this has helped bring about the most consequential development in American religion since the so-called Eisenhower Revival of the 1950s — the rise of the Nones. In 1990, those who identify with no religion constituted 7 or 8 percent of the adult population. A quarter century later, they are weighing in at 25 percent.

And their numbers show every sign of growing. Fully one-third of the current generation of college students profess no religious identity.

To be sure, this trend may not hold. But if it does, the consequences for American public life — from electoral politics to community service to social values — will be considerable. Whatever the case, I look forward to the Greenberg Center studying, and making sense of, them.

Mark Silk is director of the Leonard E. Greenberg Center for the Study of Religion in Public Life.

ORIGINAL ART BY STEPHEN ALCORN © 2016 WWW.ALCORNGALLERY.COM
The art of Stephen Alcorn, above, adorns Religion in the News, a magazine produced by the Greenberg Center. The magazine, once printed, has moved to an online format at religioninthenews.org.