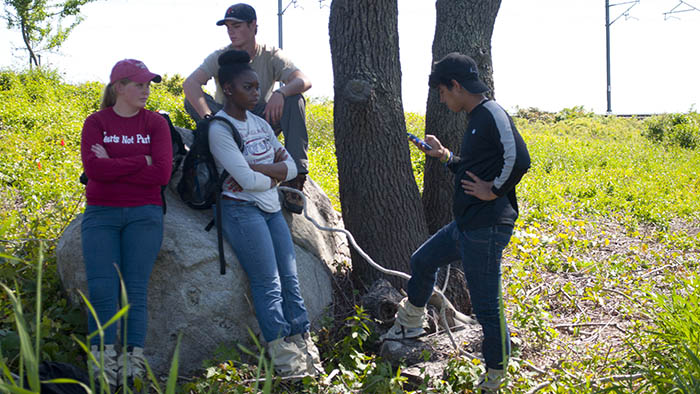 The weed lab crew in the field.

Four months ago the summer 2014 field season started for the Weed Lab crew, and despite what the picture shows (Tracy and Dr. D not pictured) we got a ton of work done at the Knox Preserve in Mystic. All told 850 soil samples were collected, an especially mean feat considering that half the site is densely forested. Most of the summer was spent analyzing moisture, salinity and carbon levels in the collected soils. But twice during the summer we re-visited sampling plots established last fall to monitor plant community responses to the removal of invasive plants by measuring plant species diversity, abundance, canopy cover and changes in the morphology of specific species. We worked hard, had some fun too, and now have a ton of data to start sifting through!