By SMM in African History, Internships, Study-Abroad on February 24, 2017. 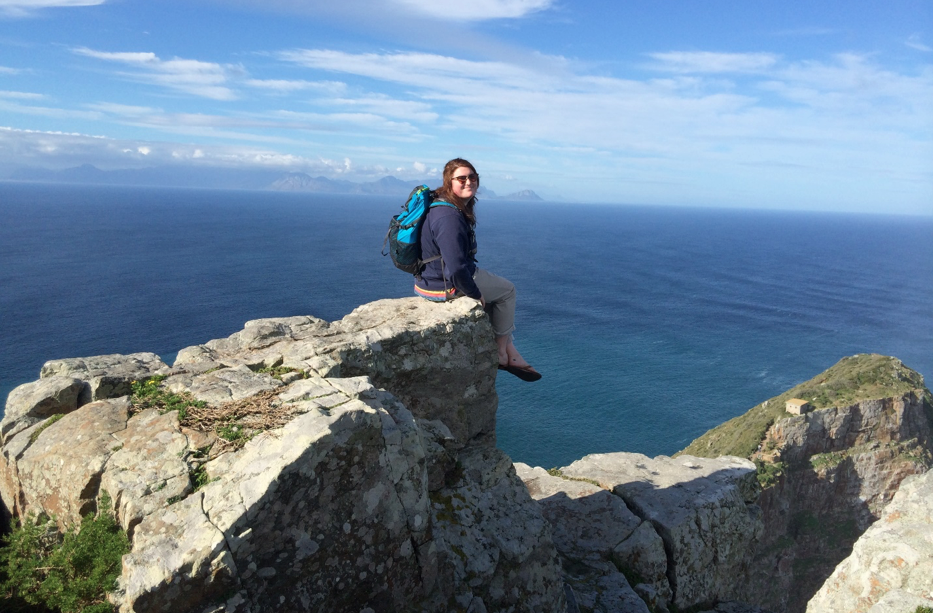 I never thought that I could come to love a place as much as Cape Town, South Africa. Having arrived back home over a year ago, the memories I made in South Africa are still fresh in my mind. I spent the fall semester of 2015 participating in the Trinity-in-Cape Town program with eight other Trinity students. In terms of my academic experience, I attended the University of Cape Town, a school beautifully set into a mountain face, a setting that would greatly juxtapose the political turmoil boiling on campus. The #FeesMustFall campaign became the movement at school as the university’s students began protesting the rising student fees that barred a number of individuals from attending school. Their efforts are still at the heart of the greater goal of decolonizing the school system and continue today. Coming from Trinity, I had never seen mass student protests before especially with my own eyes. I became entranced by the students’ active political participation, a symbol of their deep value of education. As a history major, I realized that history was occurring before my very eyes, a strong reminder that Apartheid still remained a key component of the nation’s collective memory.

I took quite the mixture of classes, half of which were taken at the University of Cape Town while the other half were taught by a Trinity-affiliate professor. At UCT, I decided to take an African dance class with one of my best friends which became quite the comical experience as we attempted to find our rhythm throughout the semester. My history course, taught by a female lecturer from Zimbabwe, was called, “History, Memory, and Identity” which dealt with interpreting the memories of certain moments of conflict from around the world such as the Rwandan Genocide and South Africa’s Apartheid era. My interest in the subject matter grew throughout the semester as I was able to engage with material that was unfamiliar to me, a student who mostly studied European history. My most challenging course, “History, Memory, and Identity” became an environment in which I could observe the various viewpoints of Cape Town students or students from countries other than the United States. There was a tenacity and passion during our class discussions, elements that I have not quite discovered while in the United States. Learning about the African continent was enriching and I decided to take another course this year, taught by Professor Seth Markle, further broadening my knowledge of historical debates present within African and South African history. On the Trinity side of things, I took a course called “Imagining South Africa,” taught by our regale professor, Subithra Moodley Moore otherwise known as Sibs.

I also participated in an internship-component course at an organization called Ikamva Youth, a meticulously-organized after-school tutoring program. My course with Sibs engaged with current topics that are prevalent in South Africa as well as with the country’s history, the class gave us a foundation as we ventured into Cape Town outside of the classroom. My internship left me making friends with young students in local township communities and I found myself constantly asking them questions about their educational experiences especially with history. I sometimes forgot that my students were supposed to be asking me the important questions about math equations and grammar.
Not only was I exposed to history in the classroom, I found myself surrounded by it in my daily life. Amongst my thousands of observations while abroad, I noticed that the South African government, since the ending of Apartheid in 1994, has worked tirelessly to create a national memory with various museums and memorials devoted to events that occurred during this dark moment of the country’s past. I was struck by the city’s devotion to preserving history and found myself imagining the country under the apartheid regime, a reality that was present less than three decades ago. There seemed to be a welding of the country’s national history with its collective memory which created an interesting hybrid of reflection and preservation. The legacy of apartheid is still present within many of the minds of the population, its residue still present within everyday reality. So, if you ever visit Cape Town, make sure to visit the various museums and exhibits because, although they may be less enticing than the pristine beaches, these locations will only enrich your understanding of the country’s history, a nation built upon both suffering and hope.

I found myself completely entranced by the city of Cape Town, wishing to travel back almost every day. As not just a college student, but a student of history, I found the city mesmerizing filled with a sense of history that’s almost palpable. History is everywhere, all around the world, and we owe it to ourselves to go out into the world and discover it.

← Celebrating Black History Month at Trinity College Highway Problems?: A Brief History of The I-84 Project →