In honor of Women History Month, I’ve decided to write a little bit about our female thesis writers, including myself. As Viginia Woolf insightfully claimed, “for most of history, Anonymous was a woman.” Now, not only are topics of gender becoming valued areas of research within the historical field, at Trinity, five women are exerting their talents within this area of study at the highest of calibers. I have always found some subjects to be gendered. For instance, math and the sciences have been predominantly a male-dominated field, for whatever reason. However, I have also categorized the subject of History as being historically male and with good reason. For centuries and centuries, our histories were written by men and, during this resurgence of women’s rights activism today, I am proud to say that we have five females writing not only histories, but challenging the field, a field that oftentimes can be rigid and traditional. Although our topics may be starkly different, we share a common bond as women within the field of History. While I am obsessing over lost paintings, Sedona is spending hours analyzing the movement of cows and Elizabeth is testing her limits by deciphering colonial manuscripts. Elly is encapsulated by her powerful women who love power and parties and Callie is wrapping her head around what do with a convicted Nazi. We’re committed to our topics and wouldn’t be in the library at all hours if we didn’t love history. I’m sure that my fellow peers would agree that we are history nerds and we’re proud! And you can be sure that our theses will certainly not be signed anonymous. 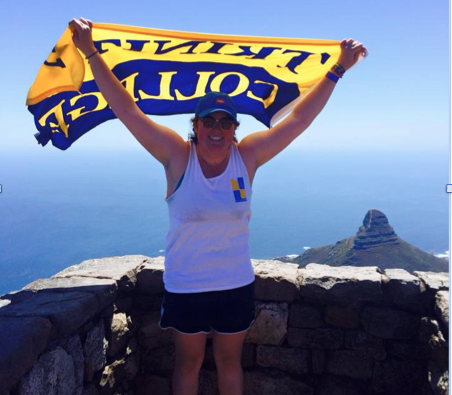 Title of Thesis: “Victors without Spoil: The Monuments Men and Art Restitution, 1943-1949”

Topic: My interest in cultural heritage inspired me to look into the Monuments Men of WWII, a small group of cultural leaders who went to the front lines to protect and return Europe’s treasures stolen by the Nazi regime. While most scholars focus on the more glamourous topic of the treasure hunt, I focus on the restitution of art and the precedence set for this field by the organization especially since these individuals experienced an endless series of challenges.

Challenge: Like the Monuments Men, I, too, experienced difficulty in producing a thesis. I was challenged to do my topic justice simply because I am deeply passionate about cultural preservation. I was also challenged to find the time to work on my thesis. Being the captain of a sports team here at Trinity left me with limited time to get into the library and do my work.

Benefit: I learned to become a self-starter. The limited amount of guidelines left me a bit restless, but I found a way of accomplishing small tasks as a way of contributing my larger goal of actually completing my thesis. 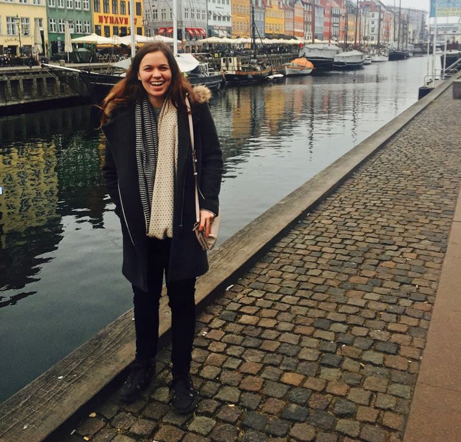 Topic: Sedona’s thesis interacts with the relationships between witches and society during the 1600s. By focusing on areas other than Salem, she adds another layer of dimension to the topic of witchcraft in the United States and accepts the challenge of finding sources that did not resolve around the infamous city. Sedona argues that witches were not outsiders, but a part of the community and approaches the topic of witches from spatial theory rather than social hysteria which I found fascinating.

Challenge: “It was challenging to nail down an argument and convey said argument in an articulate manner when trying to explain my thesis to others. The more opportunities I get to talk about it, however, the easier it gets.”

Benefit: “Writing a thesis pushed me pass all of my academic bounds that I had ever known. I feel much more capable of tackling bigger projects in a more intellectual way.”

Title of Thesis: “Examining the Historiography of Indigenous Enslavement in Southern New England”

Topic: Elizabeth’s topic focuses on the historiography of enslavement in New England which adds a vast amount of complexity to her thesis. I feel that it is one thing to analyze gender within the context of enslavement, but Elizabeth furthers this topic by focusing Native Americans who individuals do not normally associate with primary examples of slavery. She furthers this topic by researching the historiography of this topic making it completely multi-dimensional and, I think, an interesting read.

Challenge: “Since my thesis is a historiography, I struggled with determining what constituted a historiographical work, both with the date of the work and the genre.”

Benefit: “Writing a thesis gives you a portfolio piece and the chance to participate in a larger project which represents your scholarly capabilities better than a class paper could.” 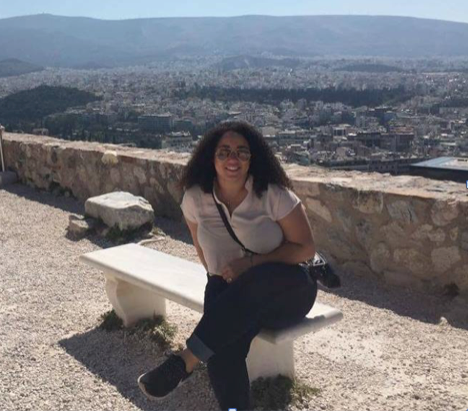 Title of Thesis: “Indicting the Third Reich: Justice Jackson and the Nuremberg Trials”

Topic: My fellow WWII companion. Callie is researching the creation of military tribunals after the war by looking at the Nuremberg Trials. She focuses on the writings of Justice Jackson and tackles loaded topics involving blame, guilt, and legal precedence after an unprecedented period of war crimes. I’m excited to read her thesis since it connects a lot to my own topic and I am eager to find out how Callie articulates the act of setting international precedence.

Challenge: “Figuring out what to put into my intro and what exactly to include in the chapters was difficult. There is a lot of background information and events that I found relevant to my argument. Finding a balance between summarizing an event for context and supporting my argument was definitely a challenge.”

Benefit: “During my job interviews, the people interviewing me seemed to be impressed with the scope of my thesis and the year-long commitment made to finish a project of this size.” 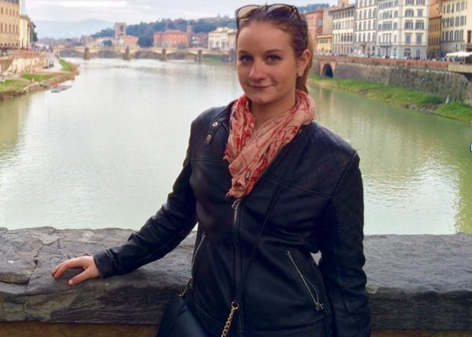 Topic: Elly’s thesis is completely unique. I mean sure, recently many historians have become interested in the role of women in history, so this is not a new phenomenon. However, Elly furthers this concept by introducing a specific setting in which women wielded political power: night. Her interesting concept of nocturnalization, a term used to describe the social use of night, created a space for women to use their power within the social world as a way of gaining immense power in the political world. She elaborates in her topic of space explaining that multiple spaces became available ranging from the public, semi-private, and private.

Challenge: “I struggled very much with time management. It’s always been something that I have difficulty with, but I have really had to work on it in regards to my thesis. I’m also currently struggling with finding information on the nocturnalization aspect of my paper.”

Benefit: “I find the work both intellectually challenging and exciting. When I find a really good source, or a primary document that directly supports my argument, I get this awesome feeling of elation that I can’t really get anywhere else [in terms of within my academic life].”