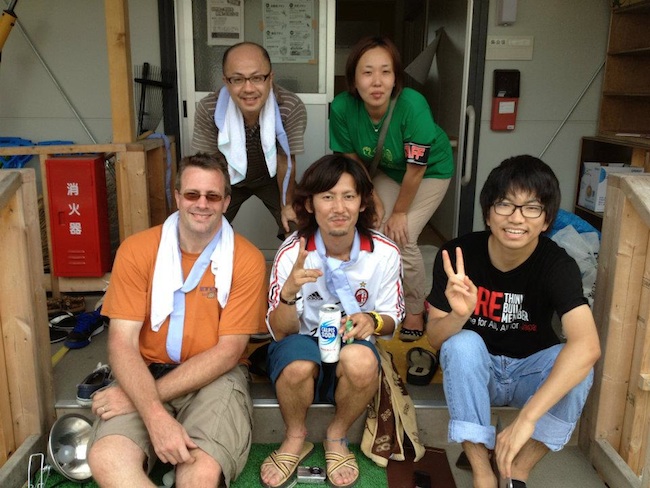 “I’m back in Japan after a year away, and thus the blog is back too, after a long hiatus,” wrote Prof. Bayliss in late July. “My itinerary this time has me in Tokyo first, after which I will head back up north for another round of volunteer work plus interviews with a variety of people about their experiences on 3/11 and since, and their concerns (and hopes) for the future.” Here’s an excerpt from his first blog entry entitle, ‘Reactions to Fukushima, Part 1’: “I’ve arrived in Tokyo at a fascinating time. In previous posts, I’ve mentioned the concerns surrounding condition of Japan’s nuclear reactors, in particular their ability to withstand a disaster of the kind that hit the Fukushima Daiichi plant. Last summer and fall, the government ordered the shutting down all of Japan’s reactors, until their operators could prove compliance with “stress tests,” thus effectively taking Japan completely off nuclear power for the first time in decades. Although there were concerns over the criteria to be employed in determining compliance with the new government standards, in general this was a popular move with the Japanese people, especially as more and more information became known about the scope of radioactive contamination produced in the wake of the meltdowns at Fukushima Daiichi, and the system of collusion – bordering on corruption – between the nuclear power industry and the government that created the loose safety standards that led to the “unforeseen” catastrophe.”

Read entire blog entries of his recent travels to Japan at: Where Does It All Go: An Aftermath Travelogue.