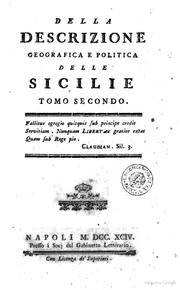 On Thursday, November 16, the Trinity College History Department held its Annual Philip C. F. Bankwitz Lecture. This year’s speaker was Professor Barbara Ann Naddeo from the City College of New York who gave a lecture entitled, “From The Privy To The Statistical Archive.” In this lecture, Professor Naddeo cited Giuseppe Maria Galanti in making her argument that statistical writings in late eighteenth century Italy played a large role in the establishment of Italy as a modern political player. Before she made her argument, Professor Naddeo went into depth on the importance of Galanti’s works as a historical source. Giuseppe Maria Galanti was born in 1743 and died in 1806, Having lived his life in the Kingdom of Naples in Italy. During his lifetime he published five volumes of a text called The Geographical and Political Description of the Sicilies. The work includes census-like information about the region at the time as well as detailed maps. The census information translates to political statistics both then and now. The information indicates what the people of the time were like both professionally and socially as well as what the rulers of the time were interested in knowing about their people since it is they who ordered the gathering of many the statistics Galanti uses.

The work is incredibly important as a historical source for a variety of reasons. First of all, at the time of its publication, the information it contained was only available to Kings and other regional rulers. Thus, there were not many copies of the records to even be given a chance to stand the test of time. However, Galanti’s work was widely published, as he sold books to each area he went to on information collecting missions. Secondly, because we have access to Galanti’s work we can learn a lot about the people of his time and how their rulers viewed them politically. This can be seen through the information gathered, both at face value and through an examination of why the statistics that were gathered were chosen to be gathered. In other words, the statistics reveal historical information about the takers of the survey and those giving the survey. Finally, the books had a large impact on the people of the Sicilies at the time of their publishing and this reaction is also a valuable historical source.

The impact of the books on the people of the time is what Professor Naddeo focused much of her argument on. This is further examined in a subsequent blog article linked on this same page.

← Professor Kassow and Who Will Write Our History? Bankwitz Lecture: “From Privy to the Statistical Archive” →