For their research on the uniqueness of the Torah and the mapping of the Middle East, respectively, Seth Sanders, associate professor of religion, and Zayde Antrim, Charles A. Dana Research Associate Professor of History and International Studies, recently were awarded grants of $50,400 each from the National Endowment for the Humanities. Sanders also was named a Guggenheim Fellow and received a $52,000 grant. Both plan to use the funding to continue research and complete their most recent books. 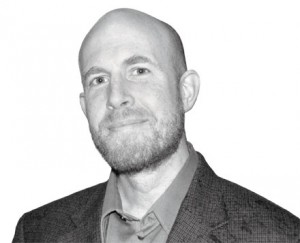 Sanders will finish researching and writing his third title, Why We Can’t Read the Torah: The Form of the Pentateuch and the History of Ancient Hebrew Literature. Through this book, Sanders intends to analyze the literary values of the Torah to understand its place as one of Western history’s most fruitful pieces of literature.

“Religious people have struggled with the Bible’s contradictions since they first read it, and scholars have used them as a window into how it was created. What my project can explain is why those contradictions were put in the text in the first place,” Sanders said.

Sanders, who has experience working with sources in Hebrew, Akkadian, Aramaic, and Ugaritic, will conduct his research in Philadelphia and Ann Arbor, Michigan, both of which have major research libraries and scholarly communities in his field.

“My research for Mapping the Middle East has taken me to libraries and archives in Turkey, Lebanon, France, Italy, the Netherlands, the U.K., and the United States,” Antrim said. “I will be using my fellowship year to visit other archives in the Middle East and Europe and to finish writing the book. I am thrilled to have the additional time and resources to devote to this ambitious project.”