Strengthening scholarship support is a top priority for Joanne Berger-Sweeney. Soon after her Inauguration as Trinity College’s 22nd president, Berger-Sweeney launched the Presidential Financial Aid Leaders initiative, designed to put a Trinity education within reach of a greater number of highly qualified students. Presidential Financial Aid Leaders are donors who make an individual commitment of $125,000 or more, qualifying for a one-to-one match from Trinity.

The scholarship initiative aims to enroll more of our most qualified applicants, improve student recruitment and retention, and bolster Trinity’s reputation.

“We must ensure that we have the financial resources to attract the very best students from a wide range of backgrounds, giving them the opportunity to attend this institution regardless of their ability to pay full tuition,” says Berger-Sweeney.

Enhanced scholarship offerings will change the equation for Trinity in many ways. Consider the numbers: Trinity accepts more than one-third of its first-year class based on their credentials and without considering financial need. Then, when the student aid budget is expended, the College must include financial need in selecting the remainder of the class. Unfortunately, that means turning away many top students who simply cannot afford a Trinity education.

Featured are three students who are able to attend Trinity because of scholarship support. Scholarships helped to bring them to Trinity and have allowed them to thrive on campus. 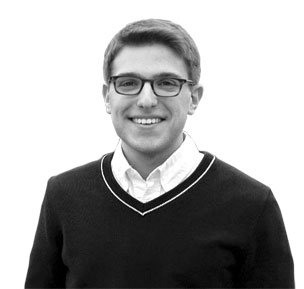 The recipient of the R.C. Knox and Co. Scholarship and the Samuel C. Suisman Scholarship, Ethan Cantor ’16 is grateful for his Trinity education. The public policy and law major was just a child when his father, who was running for a local position in the representative town government in Fairfield, Connecticut, took him door-to-door to campaign. Even then, his parents were committed to teaching him the workings of government. Cantor watched his father pour a cup of coffee each morning and sit down with The New York Times, joined his parents as they watched the nightly news, and followed the contested presidential race of Bush vs. Gore in 2000 as best he could, considering his lack of experience. Youth didn’t stop him. At 13, Cantor applied for an internship with the Fairfield first selectman’s office. He got it.

Cantor recalls that when he toured Trinity, sat in on a class, and interviewed with a senior admissions associate, he thought, “I just know Trinity is going to be the best place for me.” But he also feared not receiving enough financial aid to attend.

That fear dissolved soon enough. “Many students recall the day that they received their acceptance letter from Trinity as one of the happiest days of their lives,” says Cantor, who spent the spring 2015 semester studying abroad in Copenhagen, Denmark. “For me, that day was when I received the letter in the mail informing me that I could study at Trinity for tuition within my means.

“Without the financial aid awards I have received, I would not be a Bantam today,” he says. “And that thought has made me forever grateful for the generosity of Trinity’s donors.” 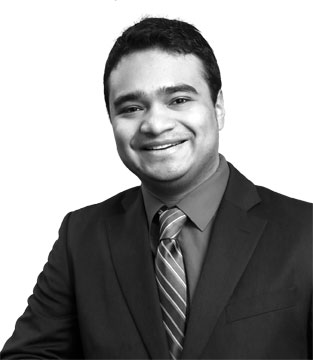 Luis Cruz ’16 grew up in Honduras, the son of an electrical engineer who bought Windows 95 as soon as it was available and installed video games on the family computer to amuse his son. Cruz became enamored of the games, and at an early age, he decided that his future would be in video game programming. In his early teens, Cruz began teaching himself programming languages and then mastered digital electronics, building his own video games. His father, noticing his prowess, sent him to Colorado to live with a cousin. There, Cruz spent his senior year of high school at Harrison High in Colorado Springs, creating a video game controlled by eye movement.

Soon after, he befriended a paraplegic student. “It was then that I started working with the eye board,” he says. “I wanted to create an eye-tracking system where people with disabilities can have access to a computer without having to spend thousands of dollars on equipment.” His invention, in which he built the eye-tracking system into one set of glasses, cost less than $300.

Cruz’s entrepreneurship brought him head-turning recognition, including his being named in a Huffington Post story as one of “9 Tech Innovators Under 21 Who Are Changing the World.” His work also has been featured on CNN.com and a number of other news sites and in print publications. He already is an entrepreneur, helped along in his Trinity education by the Andrew Forrester ’61 Scholarship Fund and the William P. Scully ’61 Scholarship Fund.

“The scholarships have been such a helpful thing, the most helpful,” says Cruz, a junior electrical engineering major. “I wouldn’t be able to be at Trinity otherwise. My dream has always been to come to the United States to study, and the scholarships are what have made me able to accomplish my dream.” 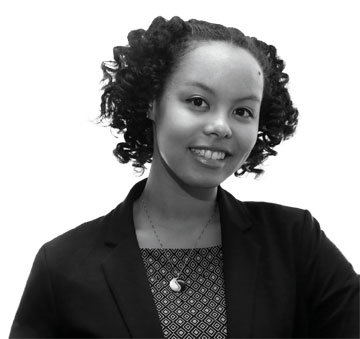 When looking at colleges, Briana Chang ’16 immediately gravitated toward the Trinity campus, but she knew that she was going to need financial assistance if she wanted to attend the College. Chang grew up in eastern Brooklyn, New York, in a neighborhood where access to education, positive role models, and opportunities to succeed were scarce. The child of Jamaican immigrants, she proved to be a talented and determined student, and she won a scholarship from the organization A Better Chance to attend the Cambridge School of Weston, a Boston-area prep school.

Chang found her Trinity aid in the form of the Class of ’63 Scholarship. “It’s a phenomenal scholarship,” says Chang, a junior majoring in biology. “Every year we meet with the members of the Class of ’63. They mentor us, and we learn about what they’re doing in the world. We call them ‘the uncles.’ It’s quite a family, and to actually know the people who are having a direct impact on my life takes it to a whole other level.”

The scholarship allowed her to thrive in a place where she knew she belonged. “The atmosphere and the faculty-to-student ratio were important to me,” she says. “The public schools in my neighborhood had too few teachers and resources compared to the large number of students, and it didn’t allow for optimal performance. Being around so many intelligent professors and students helps me to grow as a student.”

She recognizes her financial challenges, particularly as she aspires to become a dentist. “I am thankful for the scholarships that have made my education possible. As others have believed in me through financial support, I hope to someday be able to provide for other students who might not have the opportunity to receive an education from amazing institutions like Trinity College.”

Join us in the Presidential Financial Aid Leaders initiative. To learn more, please contact the Advancement Office at (860) 297-2369.