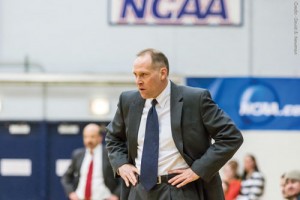 The Bantam men’s basketball team closed the season with a 23-7 record and finished at the top of the NESCAC standings with a 9-1 league mark. The team advanced to the NESCAC Semifinals and the NCAA Division III Quarterfinals, downing Colby 66-63 in the NESCAC Quarterfinals before falling to Wesleyan 55-52 in the league semifinals and defeating Colby-Sawyer 60-55, Salisbury 60-47, and Bates 79-62 in the NCAA Tournament prior to a season-ending 76-69 overtime setback at Babson in the Elite Eight round.