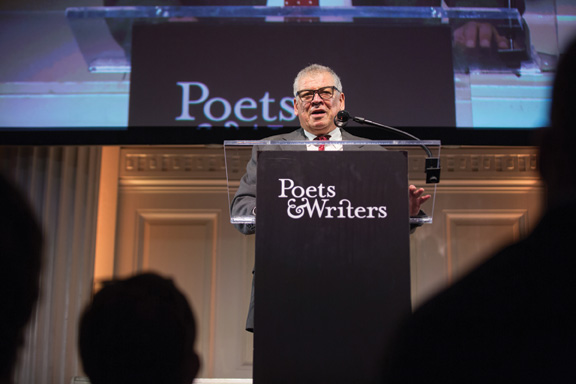 Francisco Goldman, Allan K. Smith Professor of English Language and Literature at Trinity College, in April was named one of 228 newly elected members of the American Academy of Arts and Sciences (AAAS). That same month, he received the 2017 Premio Metropolis Azul for his book The Interior Circuit, and in March, he won the Poets & Writers 2017 Barnes & Noble Writers for Writers Award in recognition of his role as a champion of other writers.

AAAS members include some of the world’s most accomplished scholars, scientists, writers, and artists, as well as civic, business, and philanthropic leaders. In addition to Goldman, honorees who constitute the AAAS’s 237th class include singer-songwriter John Legend, award-winning actress Carol Burnett, and mathematician Maryam Mirzakhani. The new class will be inducted at a ceremony in October in Cambridge, Massachusetts.

“Benjamin Franklin, John Legend, and Francisco Goldman — I’m sure there’s never been any reason to speak those three names in the same sentence before,” quipped Goldman. “Needless to say, I am very honored.” 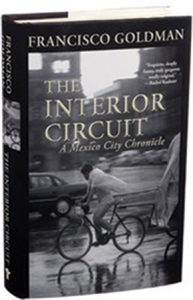 The Premio Metropolis Azul awards ceremony was part of the annual Blue Metropolis Montreal International Literary Festival. The Interior Circuit is an account of Goldman’s attempt “to live in Mexico City without Aura,” his wife, who died in a surfing accident in 2007. “Writers write about what matters to them,” Goldman said. “Aura’s death was the most important, staggeringly difficult thing that’s ever happened to me, but the years of being with her were incredibly important as well.”

Goldman earned the Writers for Writers Award in recognition of the honor he established in 2009 in memory of his late wife, the Aura Estrada Prize, bestowed every two years on emerging female writers in Latin America.

A Trinity faculty member since 2002, Goldman is the author of four novels and one work of nonfiction. His most recent novel, Say Her Name, won the 2011 Prix Femina Étranger. Goldman has held fellowships from the Guggenheim Foundation, the Cullman Center at the New York Public Library, and the American Academy in Berlin. His fiction, journalism, and essays have appeared in many publications, including The New Yorker, The New York Times Magazine, Harper’s, and The Believer.