Two Trinity College alumnae recently were awarded U.S. Student Fulbright research grants. Taniqua Huguley ’15, M’17 will go to The University of the West Indies in October for her project, “A Wider Lens: Understanding Girls and the Juvenile Justice System in Trinidad and Tobago.” Lauren Davidson ’16 started research in September at the Ludwig Maximilian University in Munich, Germany, on “Bioremediation of Environmental Bisphenol A Contamination Using Innovative Model Enzymes.” 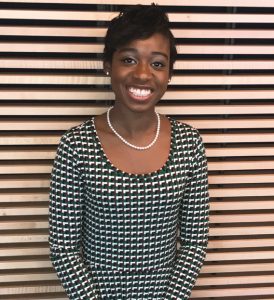 Huguley earned a B.A. in sociology with a minor in legal studies and an M.A. in public policy. While working on her master’s, she served as one of Trinity’s Bantam Network Trinsition Fellows, helping first-years transition to college.

Huguley’s 10-month Fulbright project is the natural progression of her work at Trinity. Her final undergraduate sociology project explored the labeling of black and Latino girls in schools, and research for her master’s focused on the school disciplinary system in Hartford.

Huguley’s long-term goals include establishing community centers in her hometown of Long Island City, Queens, to give students access to the same kinds of opportunities that she experienced. “I grew up in Queensbridge Houses, the biggest housing project in North America, and I had no idea what Trinity was,” she said. “I enrolled in a program called Legal Outreach, which is a college-bound program with a focus on law.” A visit with that group to Trinity during high school made her work even harder on preparing for college, where she was a Posse Scholar. 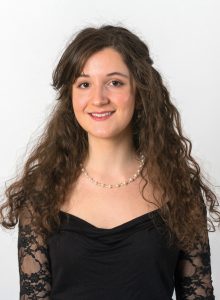 For her 10-month Fulbright project, Davidson is working to synthetically create a model of the enzyme laccase, which is produced naturally by white-rot fungi and which scientists have discovered can partially break down bisphenol A (BPA), an industrial chemical used to make certain plastics. “BPA is an endocrine disruptor, which means that it can act in place of your hormones and mess with the healthy functioning of your whole body. If you could make a model of laccase in large quantities and use it to treat water, it could make water much safer for people to drink,” Davidson said. She also is working with Munich’s Rachel Carson Center for Environment and Society, which helps translate scientific research for the community at large. Davidson plans to seek a Ph.D. following her Fulbright project.