“The original goal was to provide a space at Trinity College for positive, healthy, and fun interaction between Trinity students and Hartford youth,” says Magee McIlvaine ’06, who, with Jason Azevedo ’08, created the Trinity International Hip-Hop Festival in 2006. Since its founding, the festival has continued to grow thanks to the dedication of Trinity students working behind the scenes. Each year, the Trinity chapter of the Temple of Hip Hop, with the support of faculty adviser Seth Markle, associate professor of history and international studies, collaborates with Nomadic Wax and World Hip Hop Market, two companies devoted to international hip-hop and social change, to make the event a reality. The support of Khaiim “Self Suffice the RapOet” Kelly ’03, Jasmin Agosto ’10, and Taris “MachineGun Poptart” Clemons also is key, says Markle. 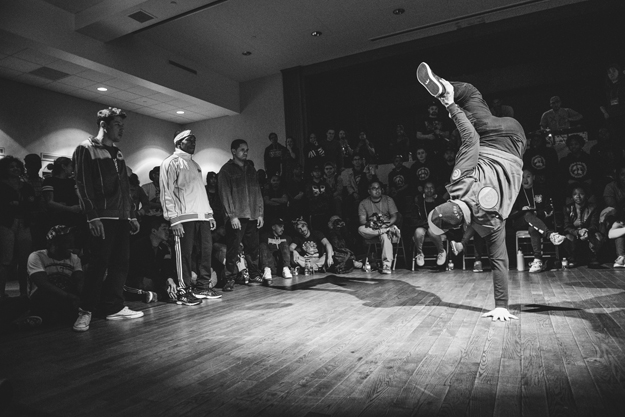 The 2017 festival — the 12th annual — took place in April featuring the theme “U.N.I.T.Y.: Unifying Gender, Race, and Class through Hip-Hop” and offering more than 20 events, going far beyond music with lectures and panel discussions, photo exhibitions, and master dance classes. Hip-hop pioneer MC Lyte, the first female hip-hop artist to perform in the White House, was the headliner; past years have featured Brother Ali, Talib Kweli, Rakim, and K’Naan, among other artists from around the world. Camryn Clarke ’17, a lead organizer for the 2017 event, notes that Hartford has a thriving hip-hop community, affording a learning experience for all involved. “We provide a space to engage with it [hip-hop] for four days,” she says. “The fest allowed me to become more connected with Hartford and has shown me the pedagogical importance of hip-hop.” 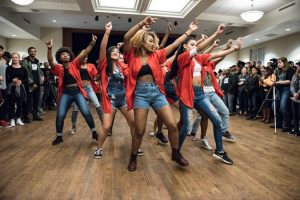 See more pictures from this year’s festival on Flickr.

Read about the trip to Russia that Camryn Clarke ’17, Khaiim Kelly ’03, and Seth Markle, associate professor of history, took in February as part of the Hip-Hop Cultural Exchange Program.