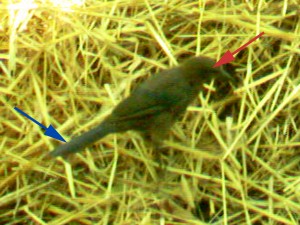 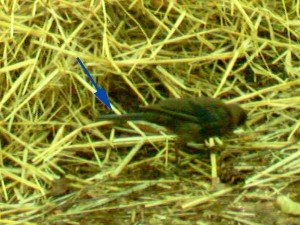 Appearance/Behavior: This medium-sized (28 – 34 cm) blackbird passes through the study site in large flocks in late summer.  The common grackle has a long, keeled tail (blue arrow) and a relatively heavy pointed beak.  The adult is glossy black, with a yellow eye.  The juvenile (shown above) is dull brown with a dark eye (red arrow).  The series of 10 images stemming from this encounter (see representatives below) suggests the gregarious behavior of this species, showing a juvenile on the pile itself, and what appears to be an adult perched in the distance behind the pile.

Relative Frequency of Visitation in Study: A rare visitor, represented by a single encounter of two birds (recorded in several consecutive images).

Similar Species:  The common grackle bears some resemblance to several other bird species documented at the compost piles. The adult grackle is black like the American crow but is a considerably smaller bird.  From the rear, an obscured view of a juvenile common grackle could potentially be confused with an American robin, but a glance of the robin’s red breast would permit an easy distinction.  The juvenile may show some similarity to the mourning dove, which also has a long tail.  The dove however is lighter in color and is proportionately a more plump bird. 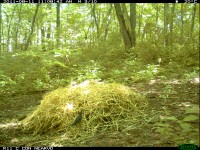 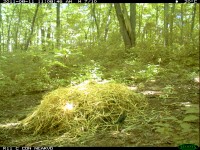 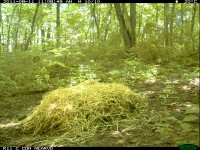 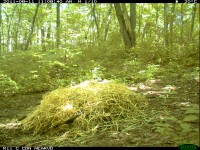 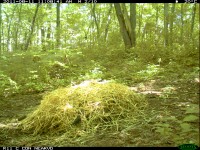 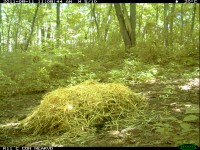