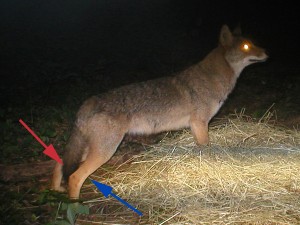 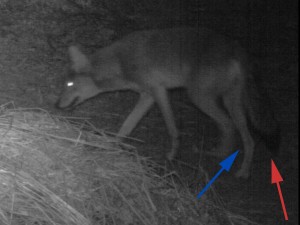 Appearance/Behavior:  This is the largest (1.0 – 1.3 m) native carnivore found at the compost piles.  Although somewhat variable in color, coyotes are brownish gray on the upper surface. Their undersides, including the chin and chest, are lighter.  They have relatively long legs (blue arrow) with a richer brown coloration.  Their tail is often black at the tip (red arrow).  Coyotes appear rather skittish while visiting the compost piles.  Typical encounters involve one or two individuals.

Relative Frequency of Visitation in Study: Regular, but uncommon, visitors.

Similar Species:  The coyote can be one of the more challenging visitors to identify.  It clearly resembles some domestic dogs, however, most domestic dog visitors in this study are easily discernible.   Coyotes are larger than the two fox species encountered at the compost piles.  The foxes are relatively shorter-legged.  The legs and ear tips of the red fox are black, unlike those of the coyote.  Although both the coyote and the gray fox have a black tail tip, the black coloration typically extends anteriorly along the upper mid-line of the tail of the gray fox.  The red fox often has a white tail tip. 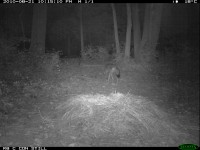 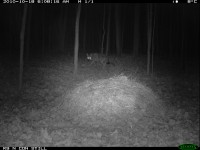 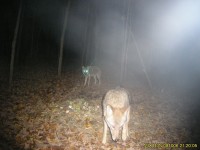 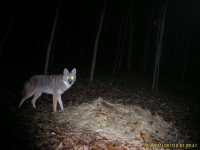 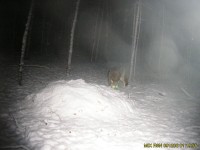 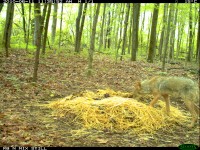 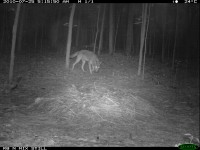 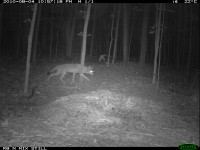 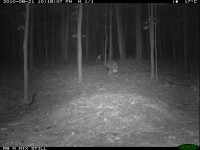 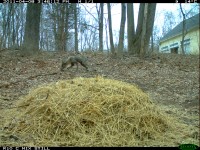 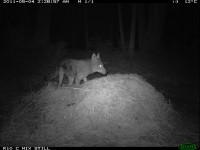 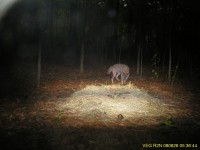 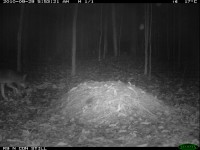 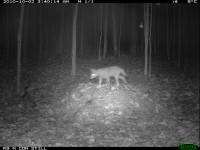 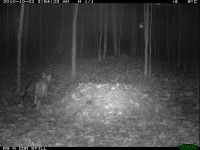 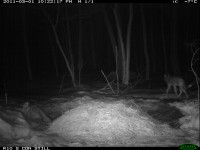 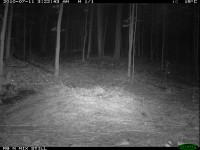 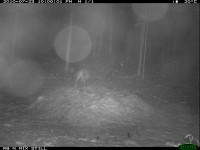 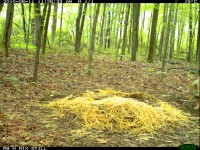 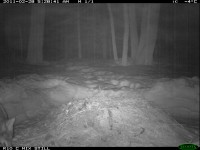 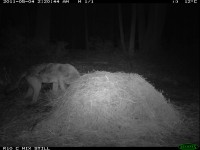 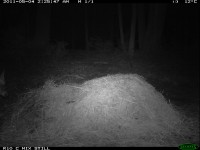 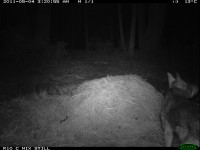 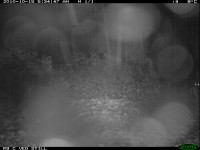