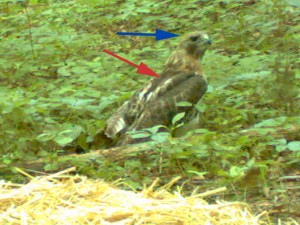 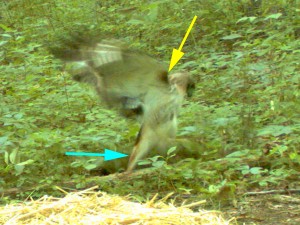 Appearance/Behavior: This well-known hawk (45 – 65 cm) has rather variable plumage.  In the light phase (illustrated above, representing the only individual of the species encountered), the medium brown head (dark blue arrow) contrasts with the darker brown of the back (red arrow) and wings.  The upper surface of the tail is rusty brown (light blue arrow).  The underside shows a dark brown patagial area on the leading edge of the wing (yellow arrow).  Brown streaks form a band across the lighter background of the breast and belly.  It is difficult to tell for certain, but image 9 of 10 (well-defined image below) and its close up to right above, suggest that the bird may be repositioning its grip on a prey item captured prior to the first image in the sequence, implying that this hawk may be an incidental compost pile visitor.

Relative Frequency of Visitation in Study: A very rare visitor, with only a single encounter (recorded in several consecutive images).

Seasonal Activity: Although this species is a year-round resident in the study area, its sole encounter was in late summer. 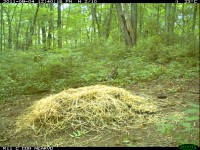 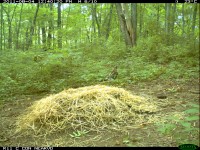 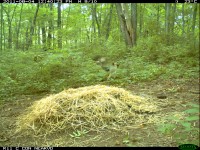 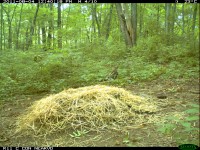 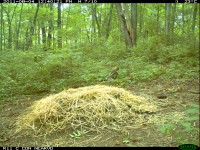 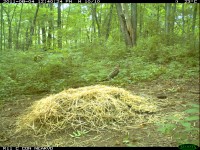