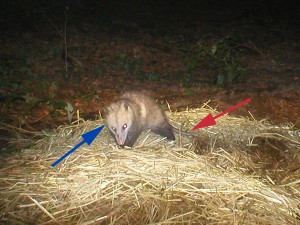 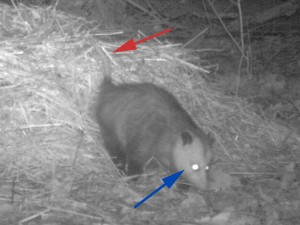 Appearance/Behavior:  A medium-sized (35 – 94 cm) marsupial, the opossum has a gray coat with a somewhat scruffy appearance.  A rather pointed snout provides a somewhat triangular appearance to the white face (blue arrow).   The opossum with its long, hairless tail (red arrow) is unique among species detected so far in the compost experiment.  The legs are darker than the trunk of the body. There is considerable size variation among individuals encountered at the piles.  Opossums occasionally burrow into the pile while foraging.  While mainly solitary visitors, opossums sometimes appear in pairs.  This mammal will at times visit with other species, including gray fox, raccoon, and skunk.

Seasonal Activity:  Encountered throughout the year.

Similar Species:  The opossum could potentially be confused with a domestic cat of similar size.  The marsupial’s bare tail and white, pointed facial features would the best characteristics for distinguishing it from the cat (furred tail, relatively round face).  The opossum’s legs are also somewhat shorter than those of the cat.  A partial view of an obscured opossum might be mistaken for a gray squirrel, due to similar fur color, but gray squirrel fur appears more shortly cropped and smooth. Squirrel visits to the compost piles are restricted to the daylight hours, unlike those of the typically nocturnal opossum. 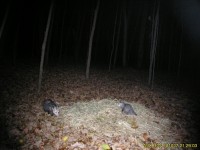 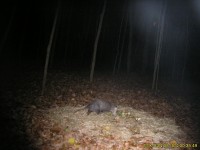 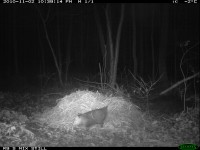 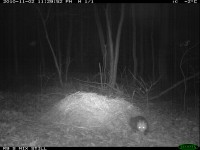 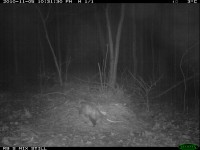 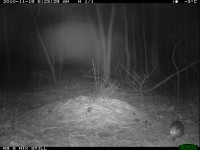 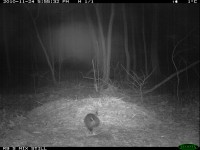 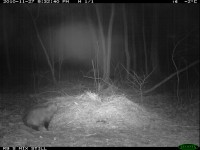 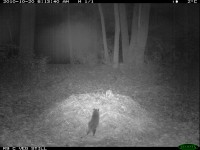 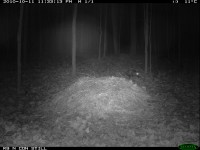 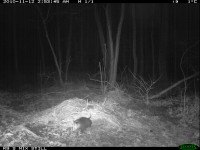 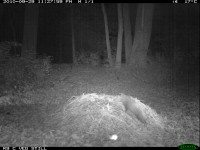 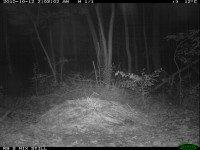 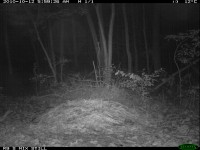 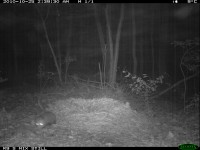 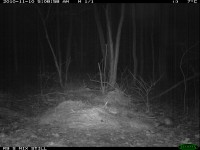 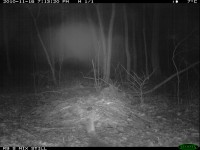 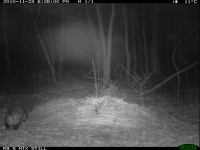 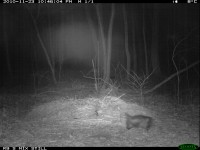 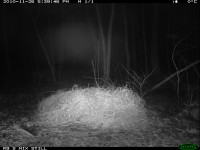 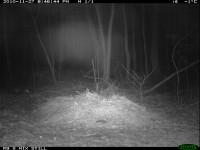 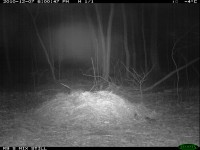 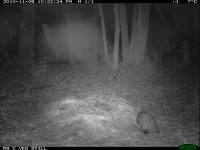 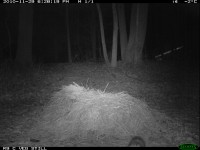